I made the body suit in two steps as I experienced that it bulged out from my first attempt. 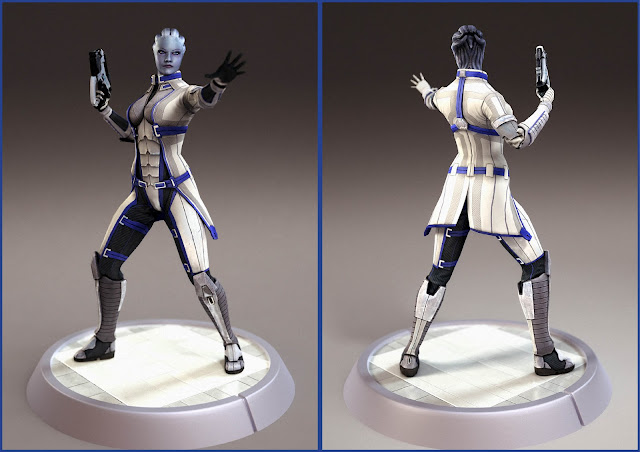 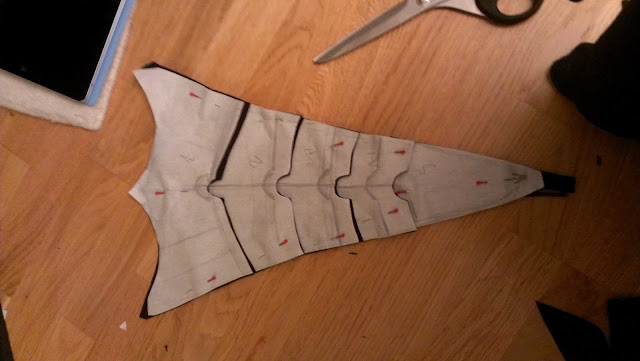 To the pieces are cut out from noeprene of covered with white fabric (same as I used for the jacket) I later found  out that Neoprene is too flexible and made a second edition with cardboard as a core instead. 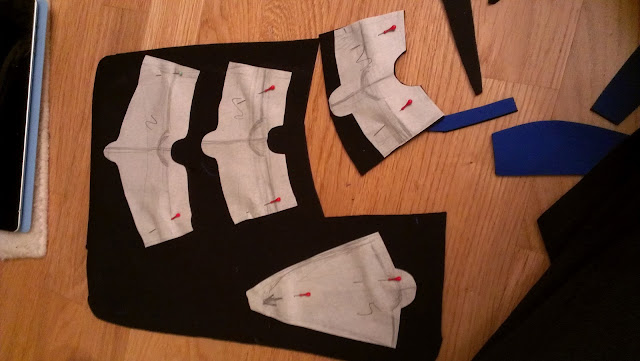 I sew all the pices on to a blue skai base 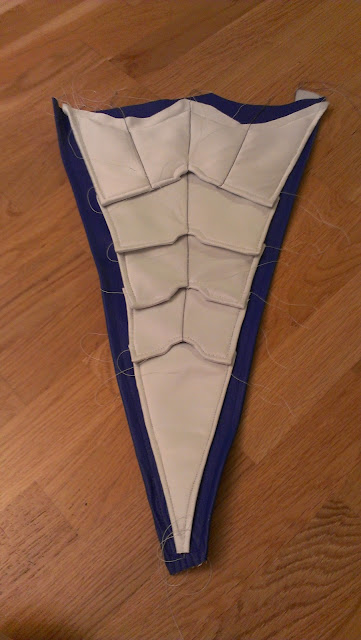 For the chest I used an old bra which I covered in grey fabric. 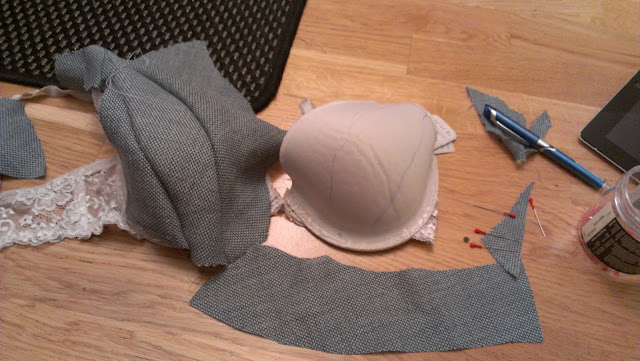 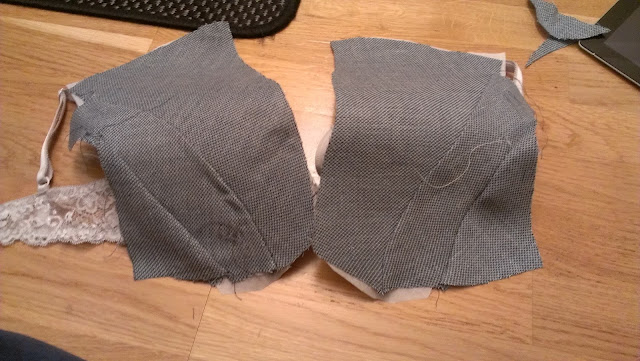 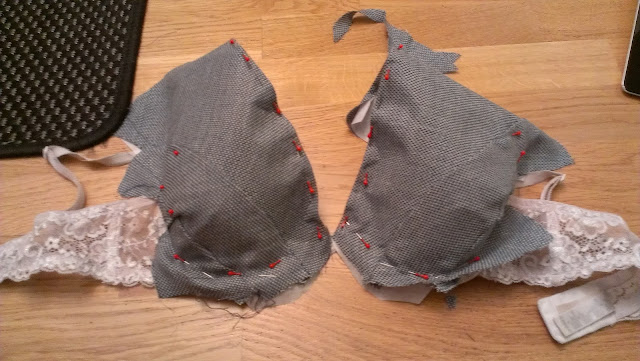 Then putting top and bottom together. 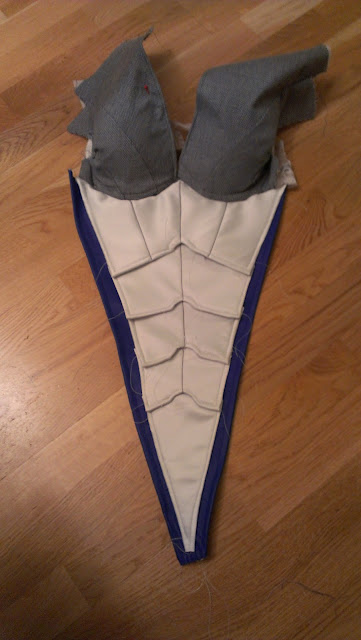