Woah, Närcon and NCC is over, and I had the best time. I was part of the Nordic Cosplay Championship competition and I won third place with my Vi costume, OMG. This is so big, and this competition is definitely the biggest I have entered. A big congratulation to first place winner Shinji Cosplay and to Riku-Risa for second place, both amazing cosplayers from Denmark. 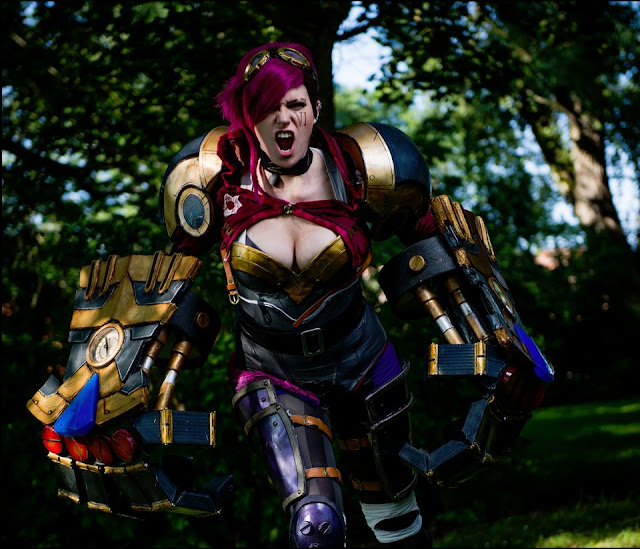 NCC
If you haven't heard of NCC before then let me give you a short introduction. Last year Närcon arranged the first competition where they put some of the best cosplayers from all of the Nordic countries up on stage to compete the the Nordic title. In difference from the traditional competition this competition focuses more on stage shows, letting the contestants use light, music, video, stage props and assistants to create a great show. 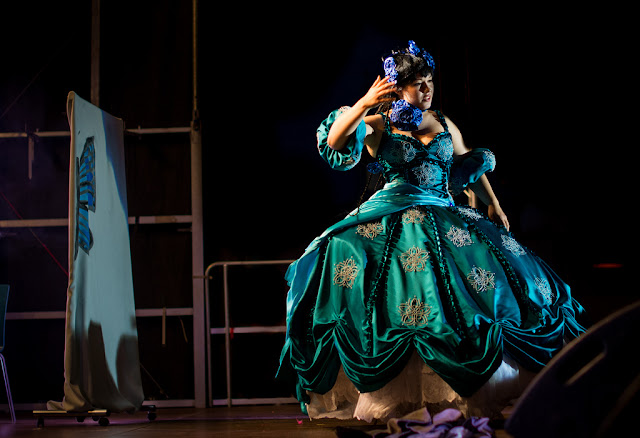 The winner, Danish Shinji with some of her props in the back. Photo by Gustav Erik Borg/LordNerf

Qualify
Every Nordic country, Norway, Sweden, Denmark and Finland, sends four contestants each. And it was an honor to get to know all the talented cosplayers from the other countries, see this flickr album for photos of every contestant.

In Norway these four conventions chooses one contestant each:

I was the representative from Banzaicon this year, where I won first prize with the first iteration of my Vi costume. I didn't have time to make something new and awesome before NCC so I used Vi again, however I upgraded it - a lot. 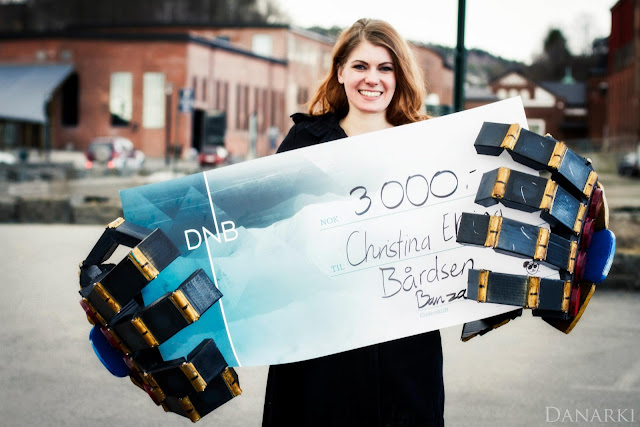 VIP
I have found out that I like being treated as a queen and the NCC contestants got VIP treatment at Närcon. They paid for our travel expenses and sleeping quarters, and we had a dedicated room for storing and fixing our costumes. Even free food and drinks were occasionally presented.

And we got to bring an assistant, who also got free entry and a VIP pass, to help us with getting the costumes on, carry props and run around being awesome helpers. I was Lucky to have Grethe Brandtzæg as my assistant, one of the competitors from last year, so she knew very well what I should pay attention to concerning the show.

Making a great show
Still with some misinformation we ended up with many very impressive shows. All the contestants got two rehearsals on stage before the main event, to make sure that all the details were perfect.

As I mentioned above we got much more possibilities to create a great show on the stage at NCC. Most conventions in Norway, let you play your own music and might even dim the lights for you but here you could add a video in the background and get the light technicians to adjust the light show to your specifications. In other countries, especially Denmark, they have a more tradition for using props, and I mean full on stage props, back screen, tables, chairs etc. Both first and second place had a lot of stuff happening on stage during their performance. 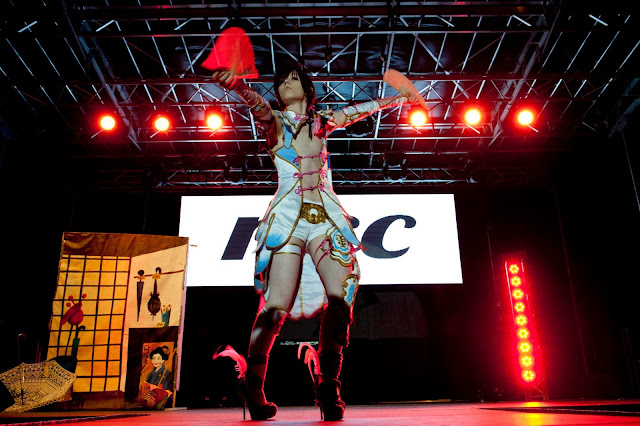 Second place winner Riku-Risa and many of the stage props in the back. Photo: Daniel Ahlberg

But we could also bring an assistant on stage, something I am missing in the Norwegian contests, as we are only allowed to be one on stage at any time. Since I was going on as Vi I got my good friend Tine Marie Riis as Caitlyn helping me on stage, "nice headshoot cupcake". 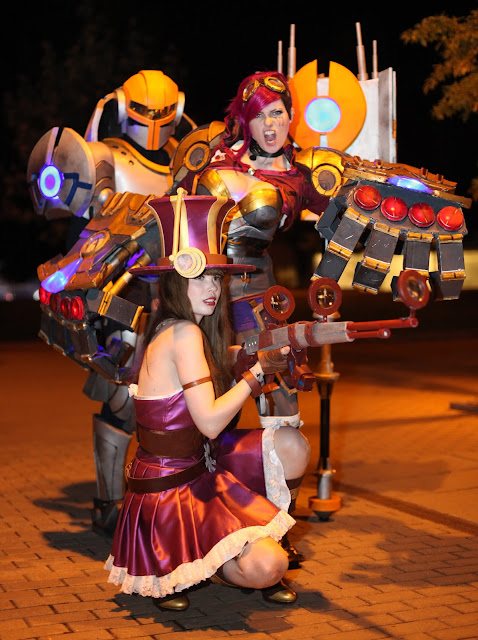 My performance
My stage show as Vi was filmed, take a look. And I have to mention that the Norwegian contestants were the only ones to do live dialog on stage, lots of cred to Øyvind Krogsrud and Caroline Mikkelsen for their live performances. In other countries they are more accustomed with lip syncing to playback audio log.

Yes, I have included steam in the hands this time.

All in all this was extremely fun and people have given me fantastic feedback. And the feedback from the judges also gave me a super confident boost. 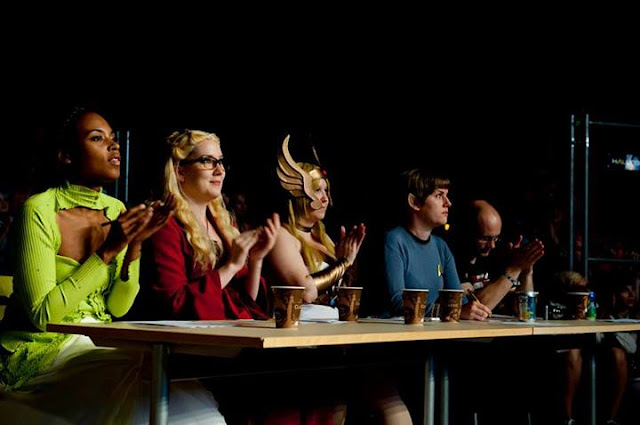 What the judges liked:

But without any improvement points you can't get better.


Prizes
The first place winner got a trip for two to Japan (wouldn't mind that) second got an iPad and I got a 1 000,- (SEK) shopping spree at one of the shops at the con.

But what I liked the most was that all the contestants got framed photos of their costumes from the photo shoot at the convention. 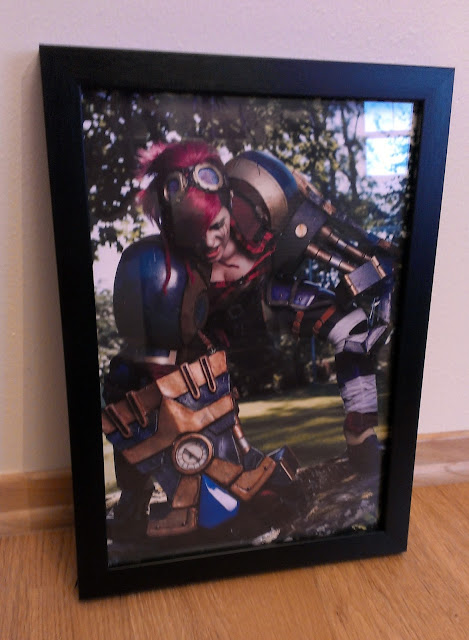 My photo is definitely going up on the wall. The framed photo is taken by Joacim Schwartz 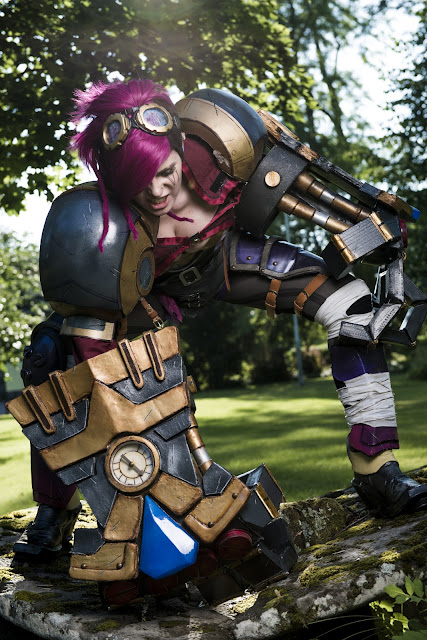