Another year and a bunch of more costumes. I was actually planning on taking it a little easy this year, but I think I failed. But anyways, let me present the costume projects of 2018 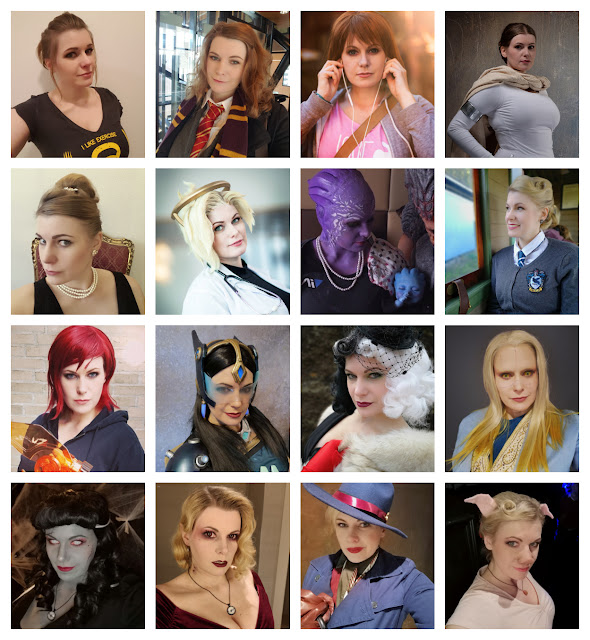 First up was Casual Brigitte.
And I plan to make a more complete version of Brigitte in 2019, and I have already starting planning the build for her shield 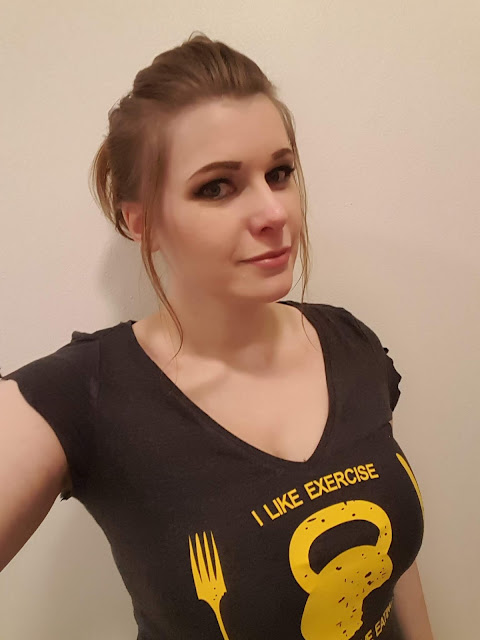 Hermione Granger
I went to another Harry Potter in Concerts viewing and dressed up as Hermione (closet cosplay). Well, now I really want to make a full Hermione cosplay too. After my trip to London in October I bought a couple of official Griffindor merchandise, so this is happening in 2019. 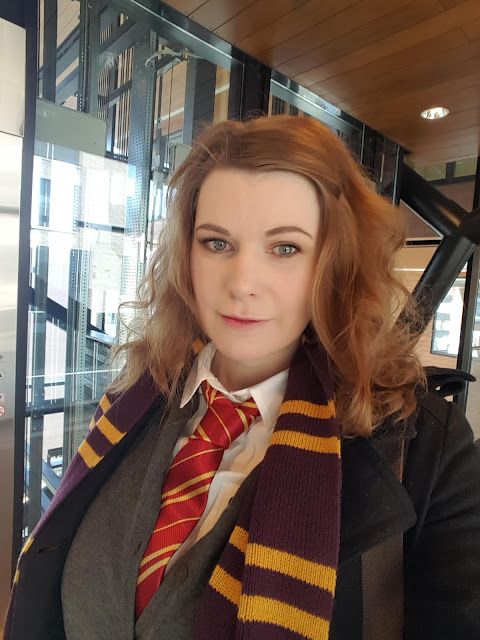 Padme Battle Outfit
Padme was part of the 100NOK cosplay challenge from 2017, but I never got around to finish up December, but I finally finished it this summer :) 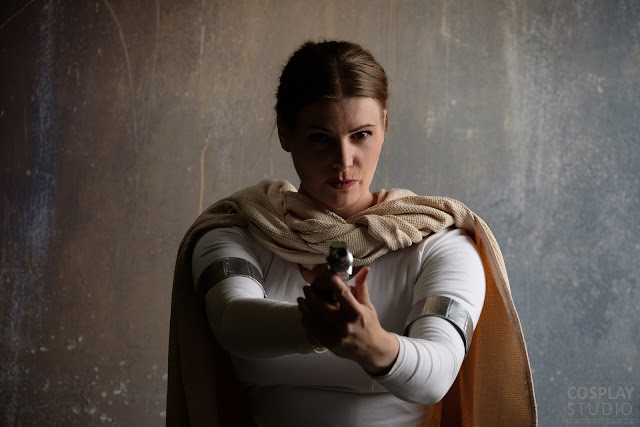 Max from Life is Strange
I really love my Max cosplay, it is so simple and so gorgeous in one. And I got to have a truly amazing photoshoot with Rojano Photo. 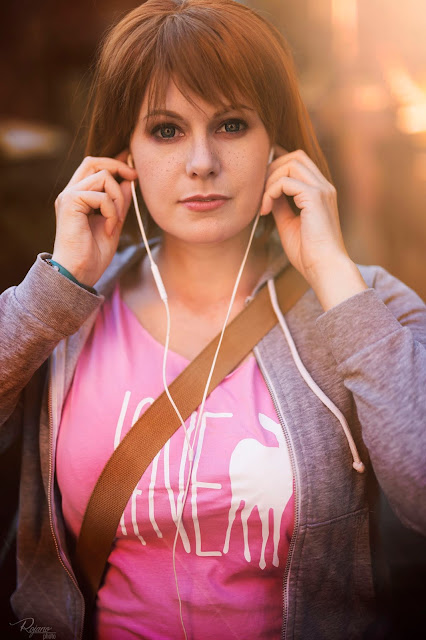 Holly Golightly
Another closet cosplay, this time the reason was fancy afternoon tea with A Diary of a Superherogirl and we would get a discount at local fabric store if we showed up in cosplay. 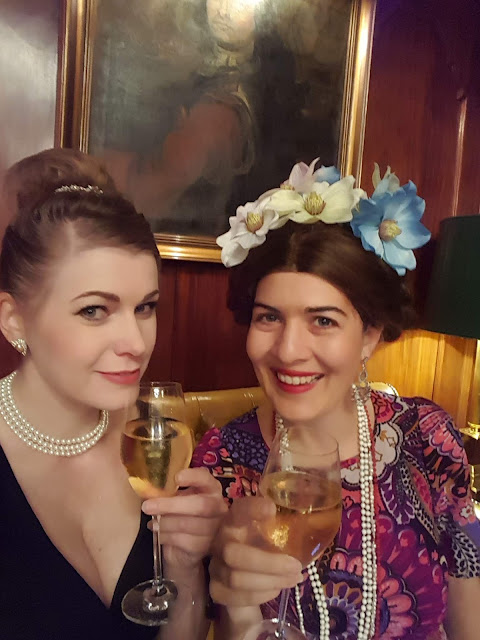 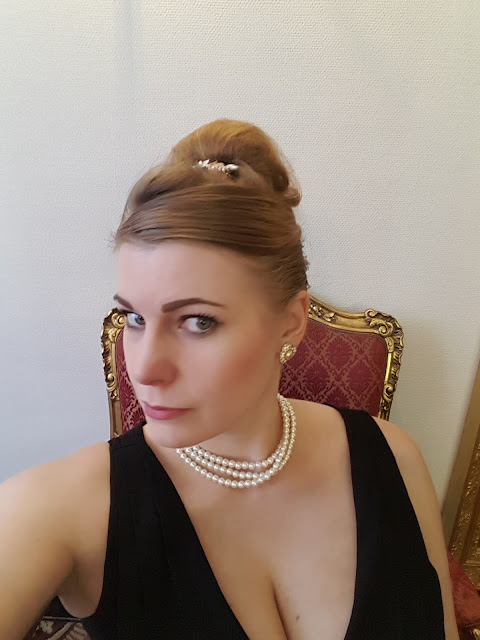 Dr. Angela Zielger
Or casual doctors outfit Mercy from the Overwatch comics. I had an amazing shoot with Pharamony as Moira. 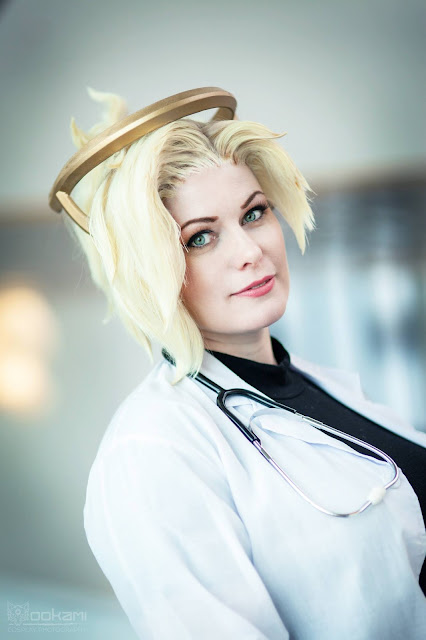 Asari mom
At Torucon I was my sisters assistant on stage for her performance, and she needed me to be a feminine Asari. And we also took part in a really cool cosplay video project led by Katrix Media. check out the video here. 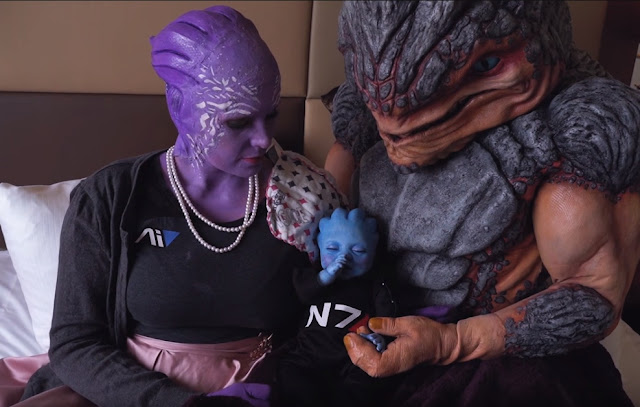 All aboard the Hogwarts Express
More Hogwarts, I got to travel on this old gorgeous steam engine train during a Harry Potter event, and since my house is Ravenclaw I put together a uniform for the occasion. 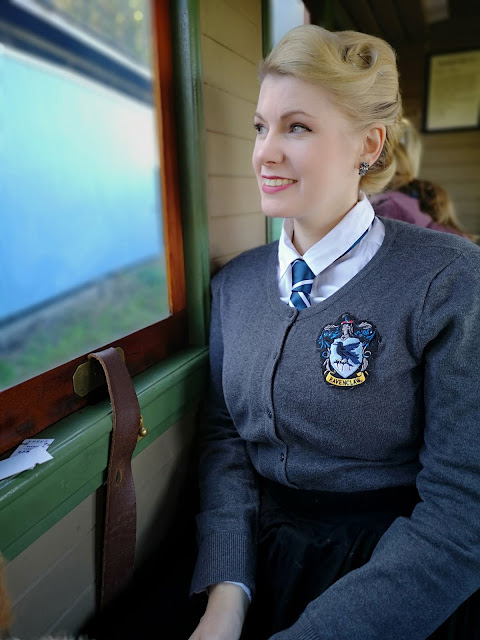 Commander Shepard
Another closet cosplay. I was assisting my sister and Karing Olava during a photoshoot and threw together this casual femShep look. I really love to make freckles. 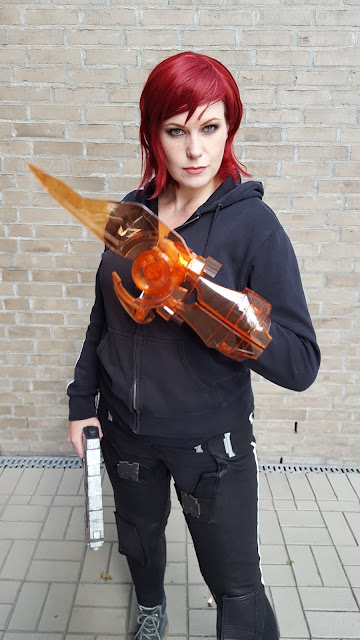 Symmetra
One of the larger projects this year, I really enjoyed working on Symmetra. I started with it with no deadline and ended up wearing it at Banzaicon. And I won first place in their cosplay competition. 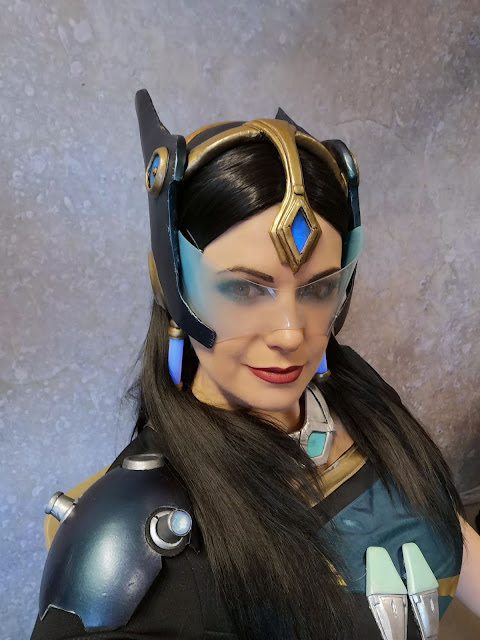 Cruella DeVille
The theme for Banzaicon 2018 was Vaillains and I knew there were going to be several Disney villains present and I wanted to join the party. So I made a Cruella DeVille costume. Yes the fur is real, I inherited it from my Grandmother. 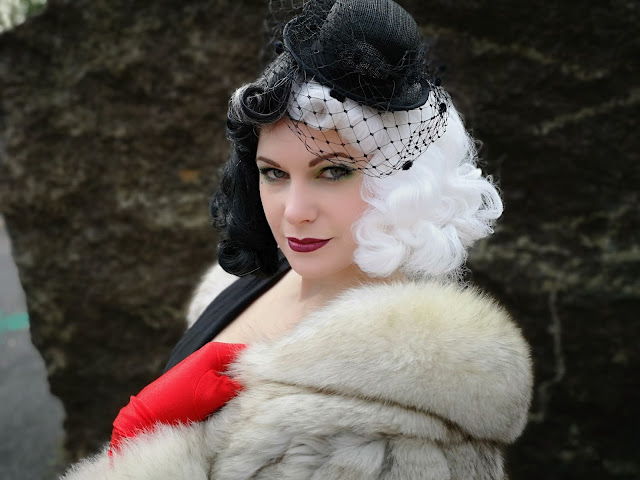 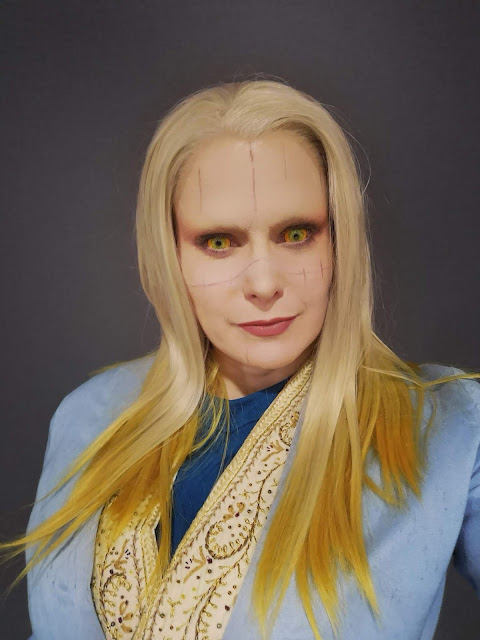 Frankie Stein
Ah, Halloween <3 Every year I entertain at the childrens ward at Riskhospitalet (They arrange a Halloween party). And the kids actually like that I come in a scary costume (ofc avoiding makeup that simulates trauma wound). My costume is inspired by The Bride of Frankenstein. 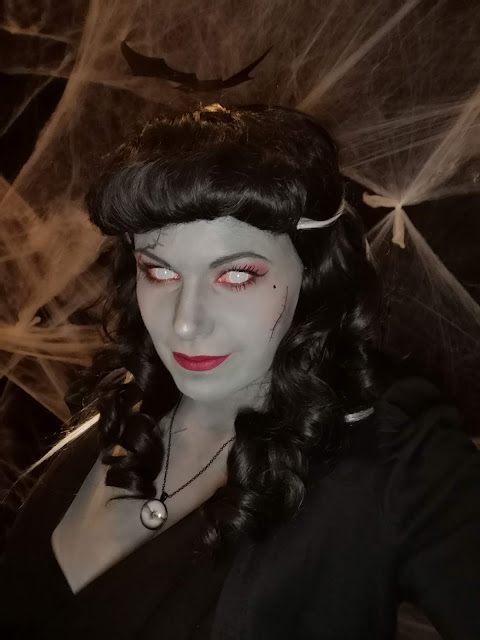 Vampira
And my other Halloween costume was inspired by vampires . 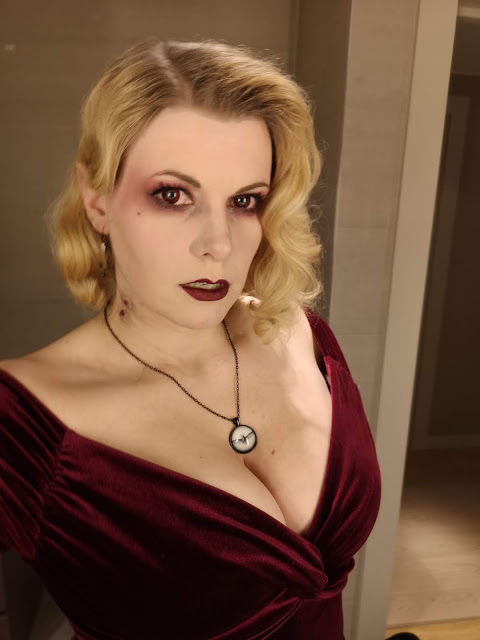 Marzipan pig
Every year I attend a pub crawl with my colleagues, this year I went as a marzipan pig. I will make a tutorial for the nose later (totally gonna make a Penelope cosplay) 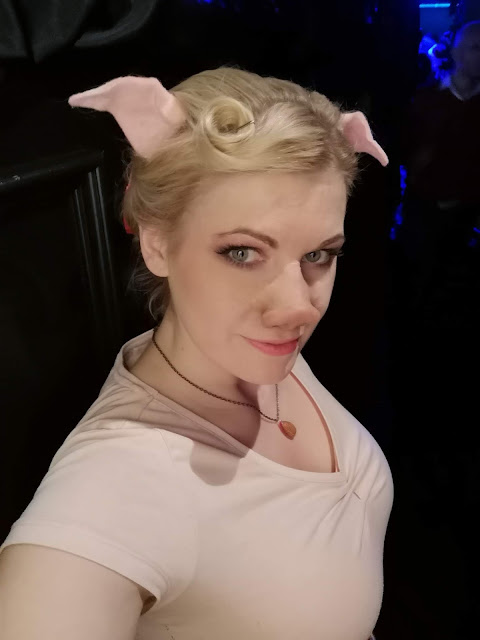 Mary Poppins
And the last costume effort of 2018 was a new closet cosplay, this time of Mary Poppins for the premiere in Oslo. It was amazing, so many kids who commented that I looked like Mary Poppins, and now I really want to make a full cosplay of her. (well, she does have similar taste in fashion) 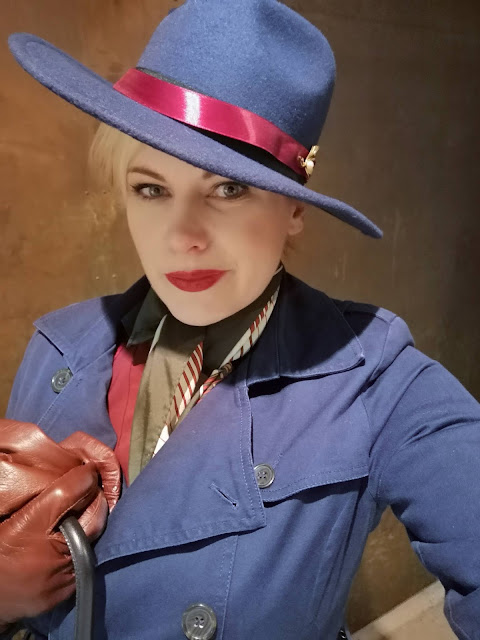