Red from Transistor - The corset

I have made several corsets before, some simple and some a little more advanced. This will be the best one of them all <3

First let's take a look at the corset, which obviously is an underbust corset. It has a smooth surface and the color matches the jacket. The triangle is a little lighter than the dress. Also you cannot see the lacing on the back.

I started by making a brand new pattern based on my measurements. I followed this tutorial by Katafalk to draw it up. 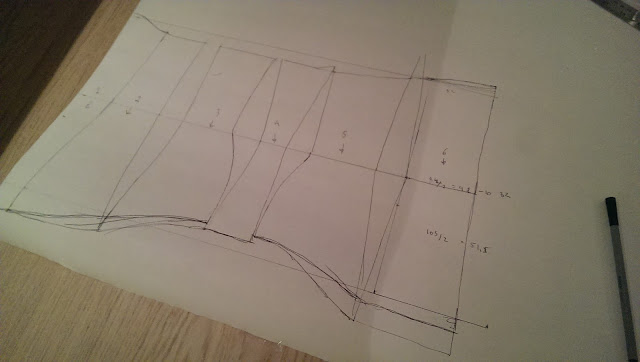 With my new pattern I sewed the corset core out of canvas, this would both work as a mock up and as the strength layer. 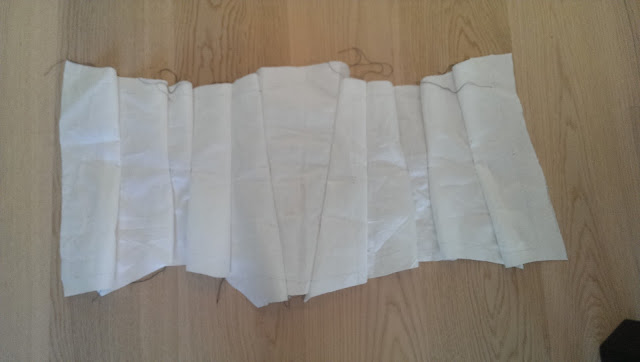 I sewed a waist tape to the mid layer (a ribbon to absorb the stretch tension), see this tutorial by sidney eileen for more details.

I also sewed the pockets for the boning. I will be using steel boning, both spring steel and spiral steel. 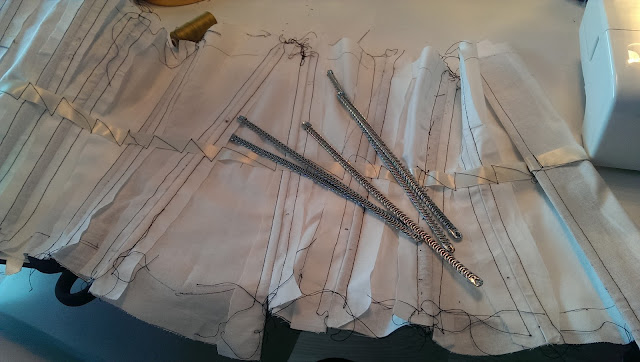 I sewed the lining  and top layer from the same material as the jacket, to keep the over all design simpler and not break it up with too make textures. 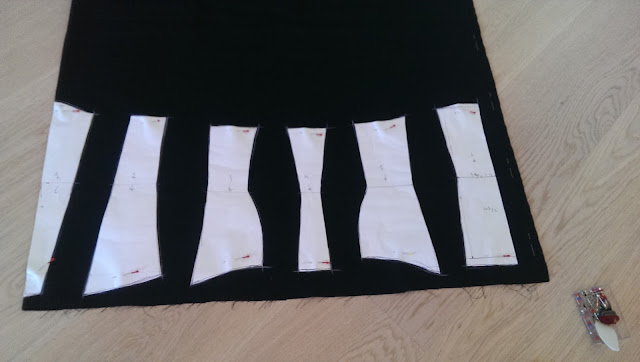 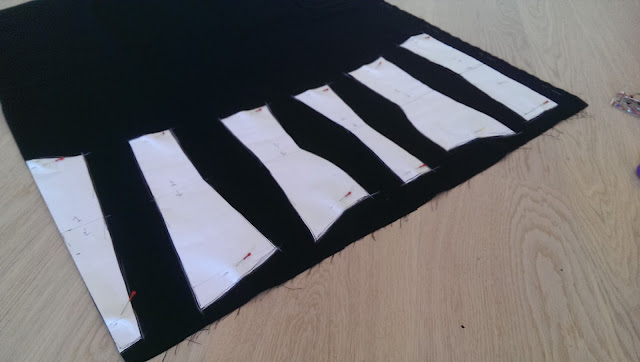 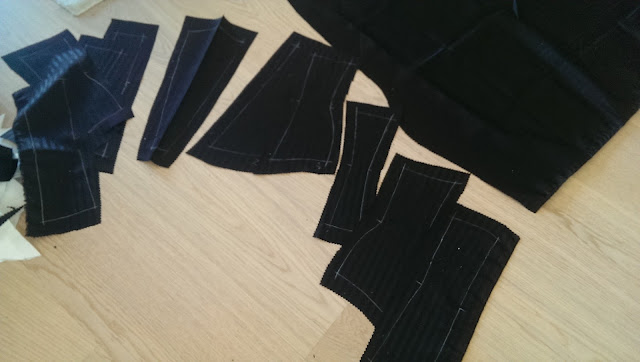 The top layer is top stiched to make it appear smoother. 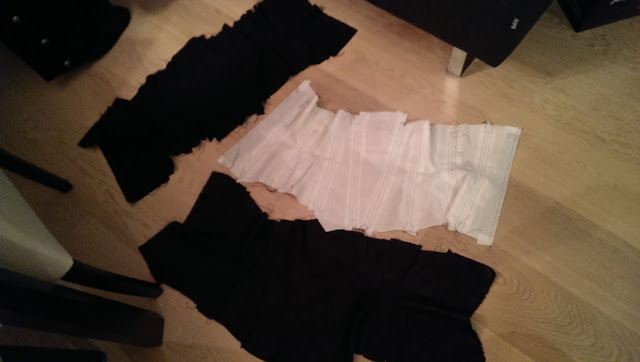 The triangle emblem is sewn onto the top layer before sewing the three layers together. Originally I wanted the emblem to glow, but my EL panel turned out to have a green glow. Well, back to plan two in stead. Since I have kept the materials choices coherent so far I could "treat" myself to one patterned fabric for the inner lighter part of the triangle. 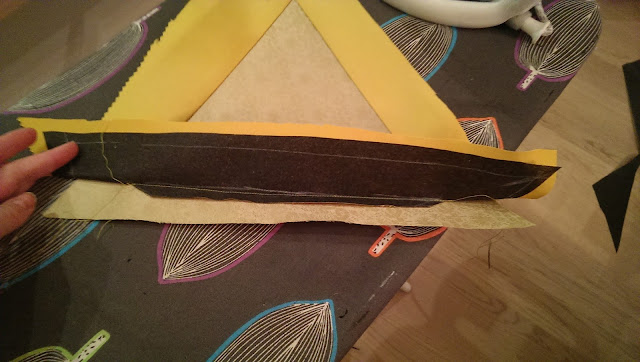 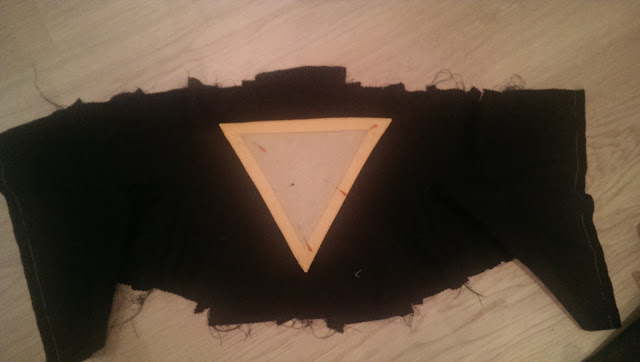 The three layers are sewn together using a method called floating cover/lining. See this tutorial for more information. 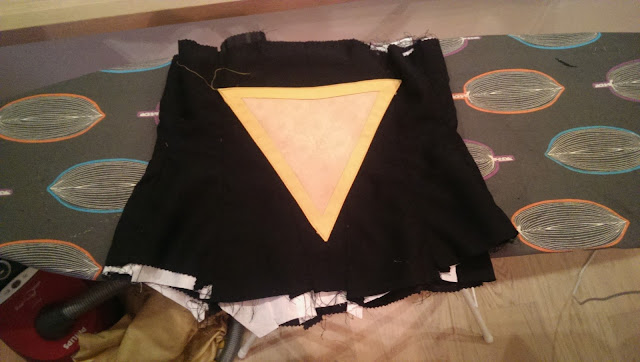 To hide the lacing in the back I added a modesty flap on the outside with an invisible zipper. To make sure the modesty flap was aligned perfectly I laced up the corset and got help to pin the flap in place while on my. Then I used that position to sew it on. ;) So far I haven't seen anyone else do this to hide the lacing, but it worked very well. 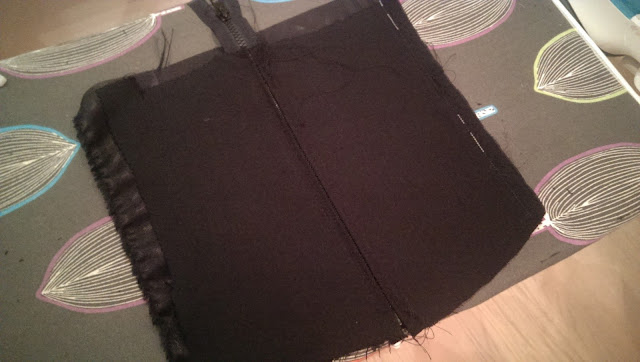 The grommets were of course added before the modesty flap was sewed on. If you are curious on how to lace up a corset then you are in luck, Sidney eileen have written about that too. 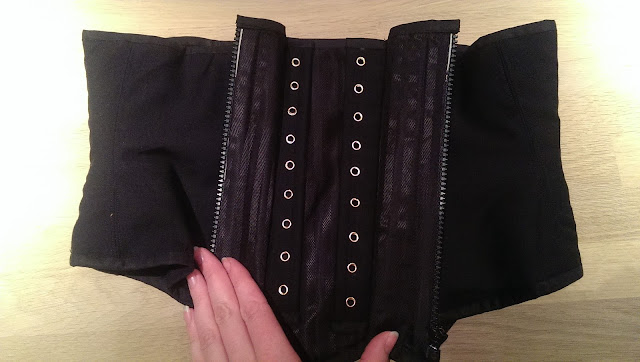 Last step was to sew on the bias tape. For this I used a mothod called "stich in the ditch" which make the edges very clean.

Final corset :D My best one so far. Can't wait to get some really good photos of me wearing it. 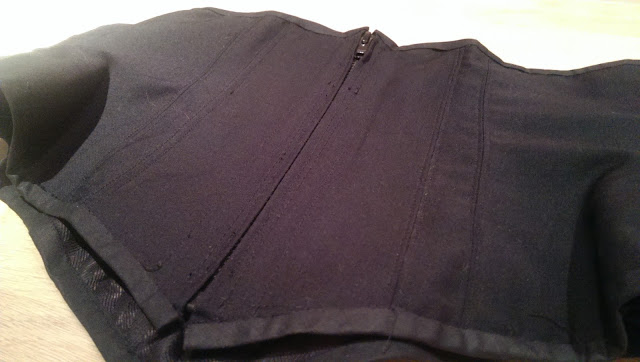 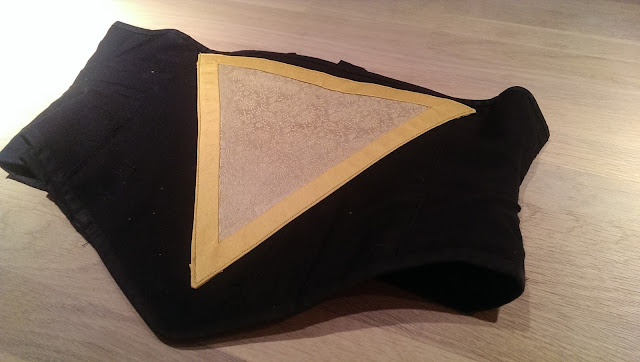 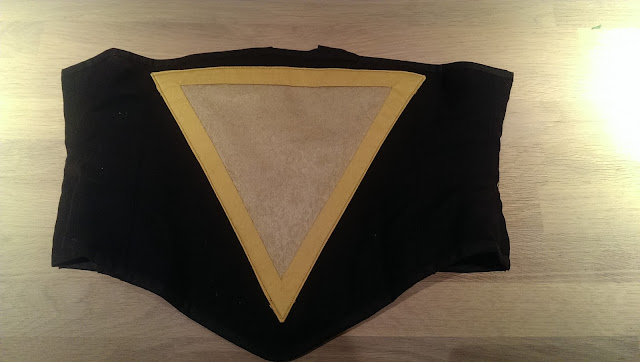