There was something about the design of this Wonder Woman that caught my attention. She's sexy, but not vulgar and has a kick ass attitude. It also seemed fairly simple, making it a perfect Sunday outfit for a convention. 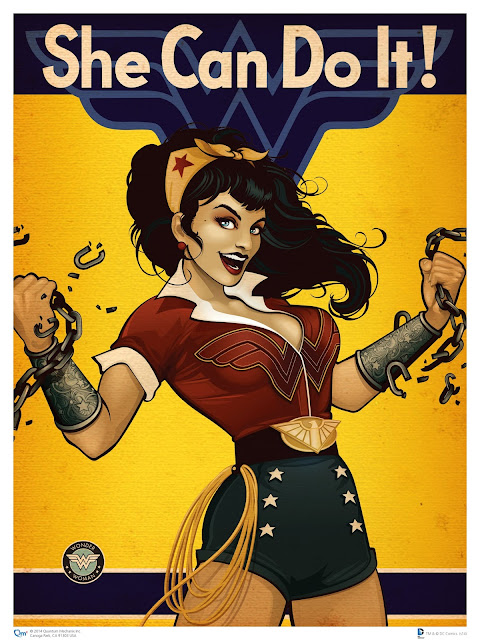 Bandanna
The head band was just sewed from two pieces on interfaced cotton, with the red star sewed on. The stars are embroidered appliques I found in Japan. 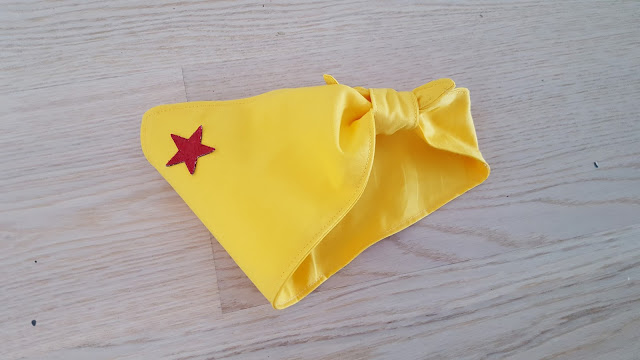 Shirt
I had an old red shirt which I never use (expect this one time when i cosplayed Poison Ivy). So I added a white collar and an emblem in front to change it into my wonder woman shirt. 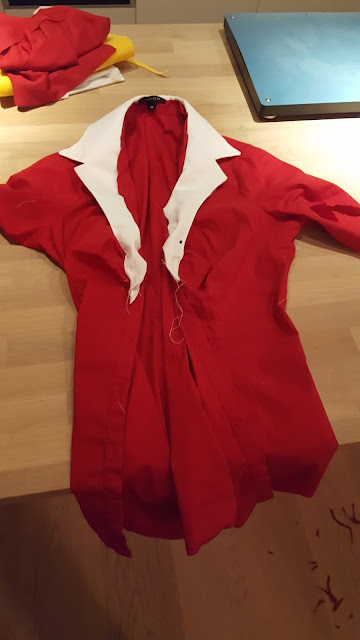 Emblem was made by sewing red stretch fabric over a yellow felt piece. 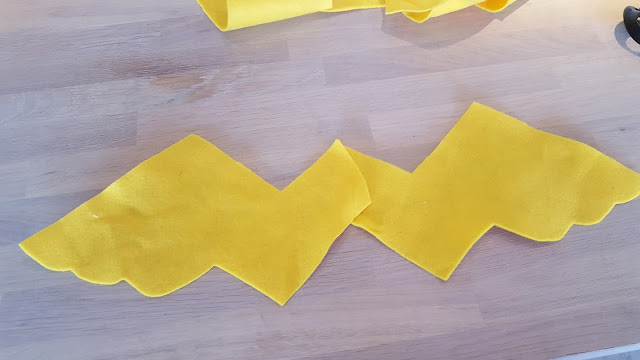 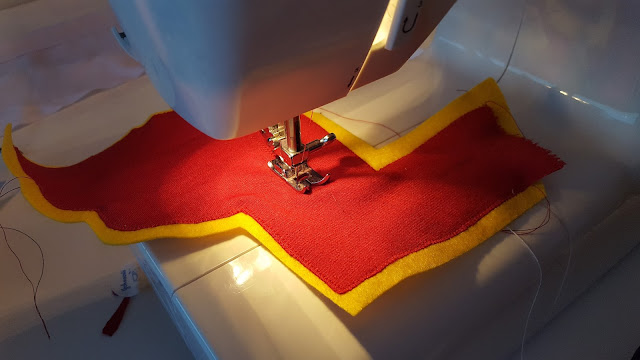 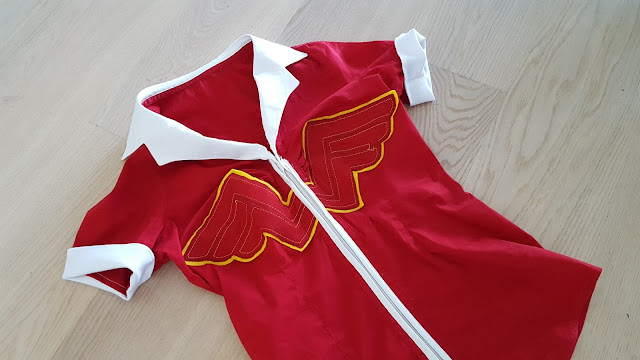 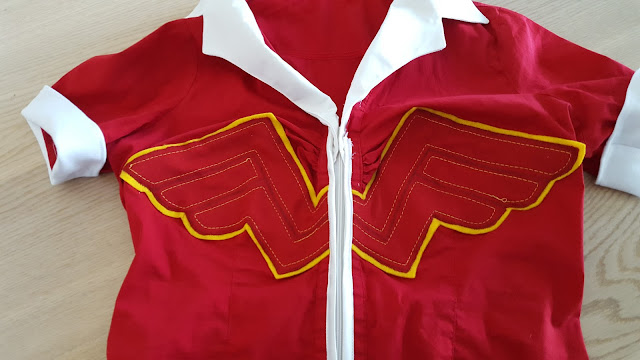 Shorts
Shorts were sewn from a modified Burda pattern, with zipper in the back. 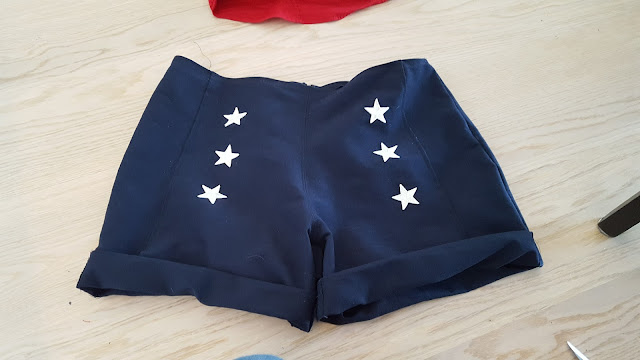 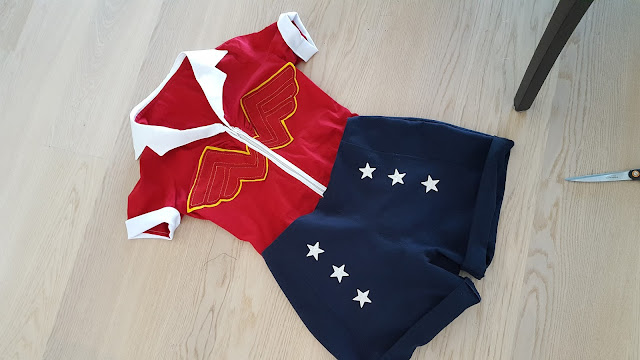 Belt
The belt buckle was laser cut from plywood. Glued together with wood glue, spray painted, airbrushed and highlighted. It is attached to a elastic belt. 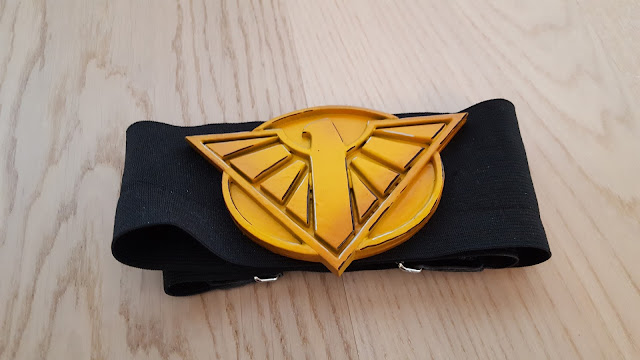 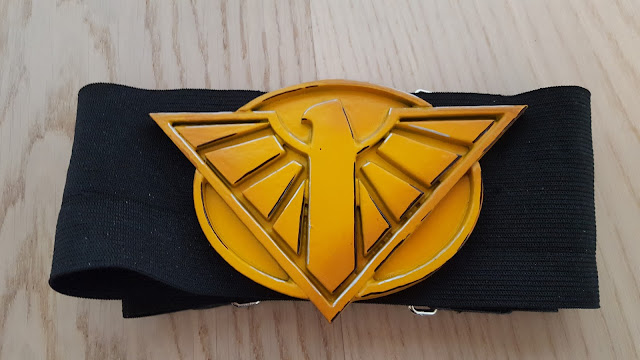 Bracers
I made a vector file with the pattern for the bracers and then laser cut it into worbla. 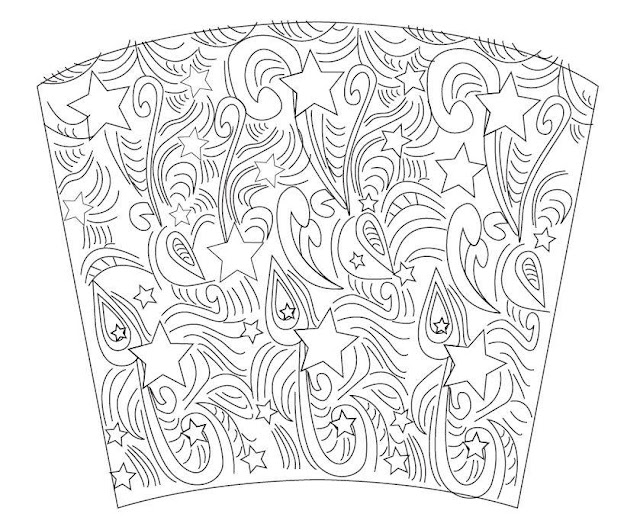 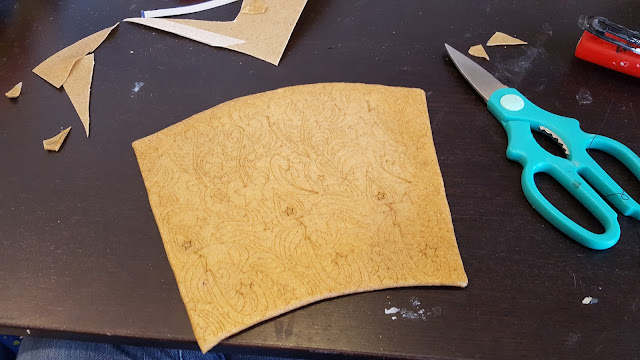 The worbla was wrapped around a foam piece. 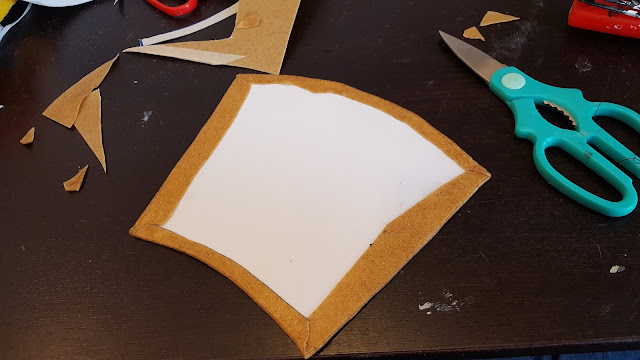 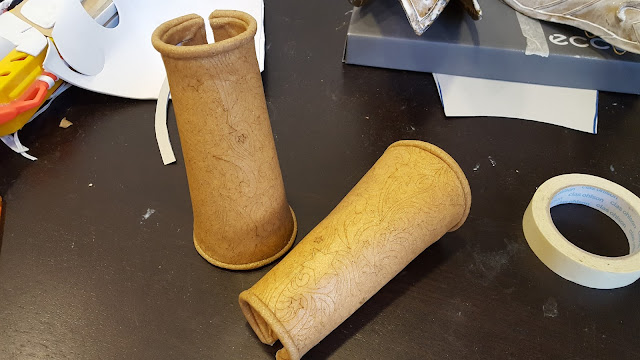 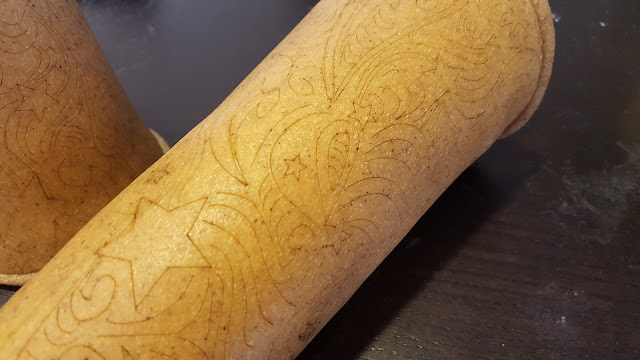 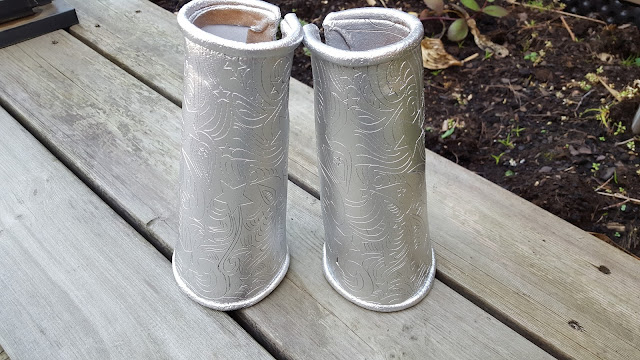 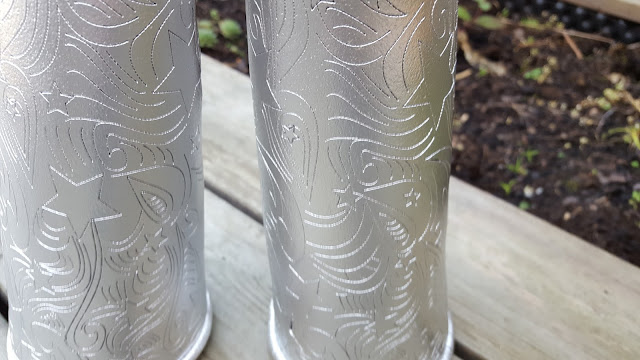 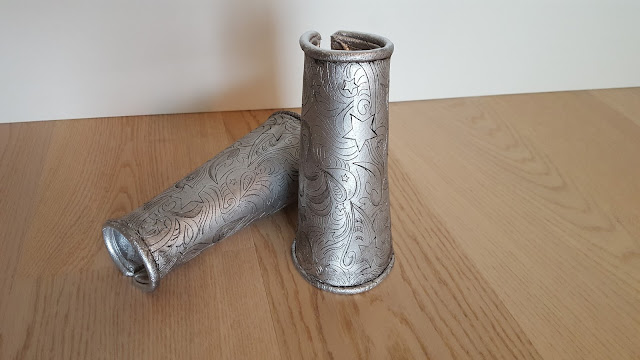 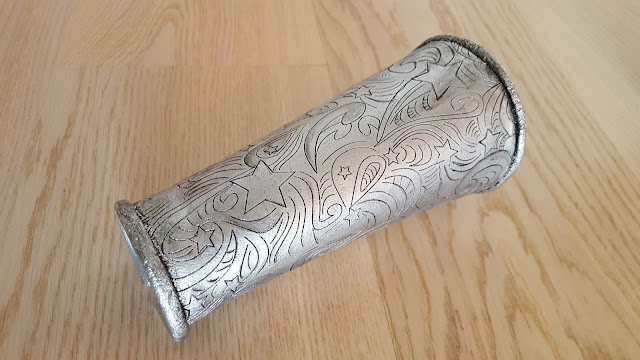 Shoes
I actually had the perfect shoes for this cosplay, except they were white. I have never tried to dye shoes before and took this as a challenge. My first attempt was with synthetic leather spray color. Too bad one can wasn't enough. Good news, the color held really well once applied. 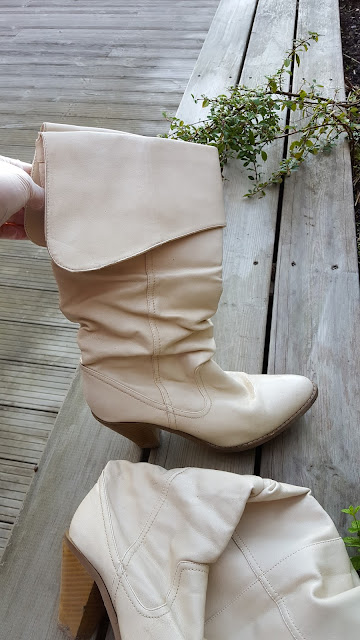 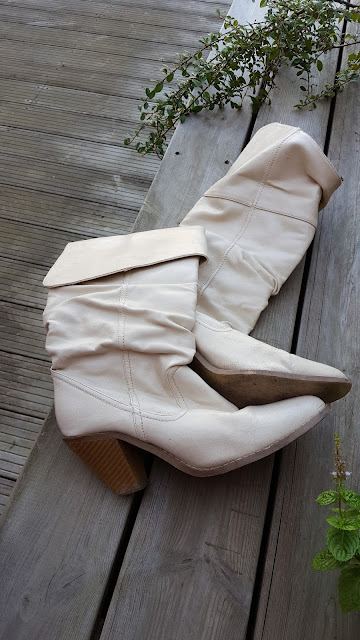 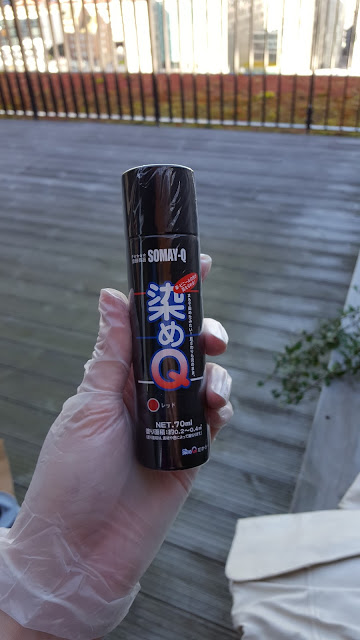 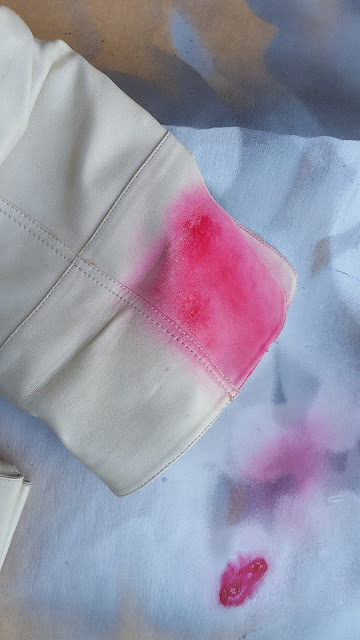 I finished the coloring with my airbrush and acrylic paint. The white parts were glued on. 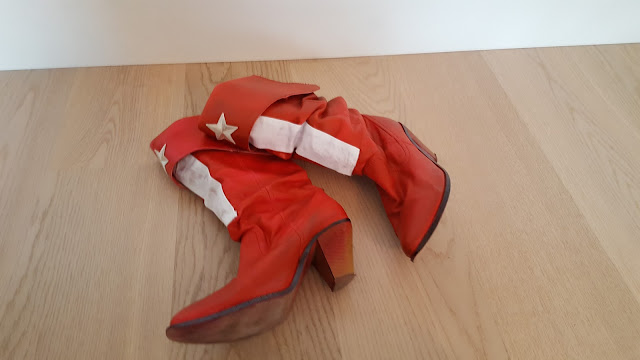 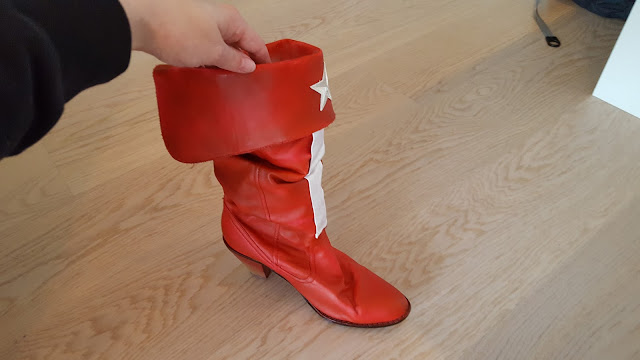 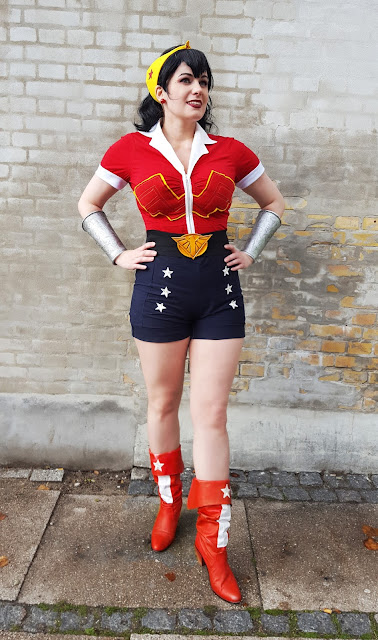 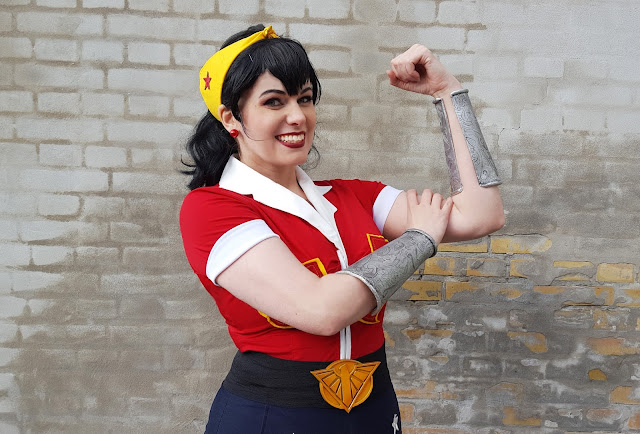 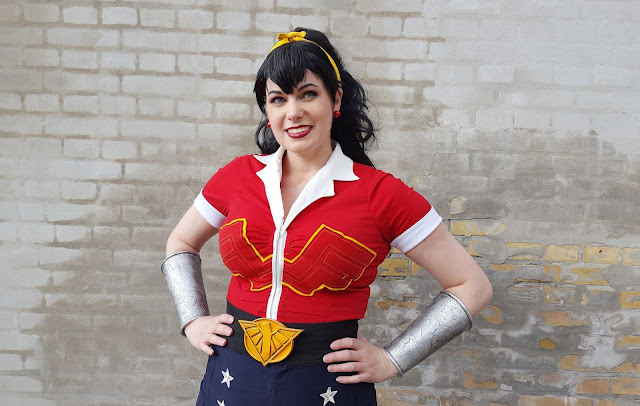 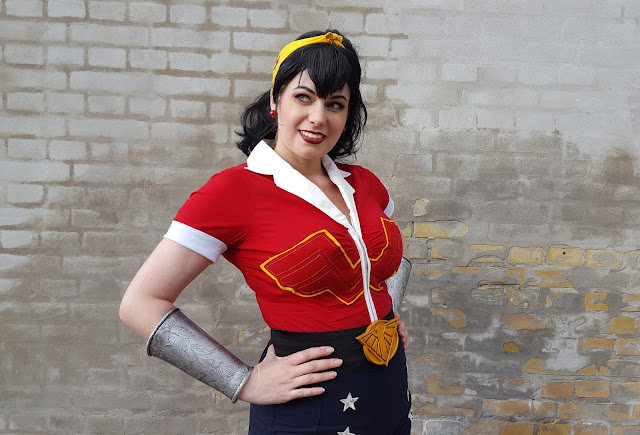