I was a lucky winner of Bioware's facebook competition and was invited to meet them at Gamex. And I love their approach to their fans. While others might give out some free stuff at thier booth, Bioware invited their fans to a medieval inspired feast where they brought in Senior Writer David Gaider and Creativ Director Mike Laidlaw via Skype for questioning. And they even got Mark Meer, MaleShep voice actor, on Skype for a geeky chat. 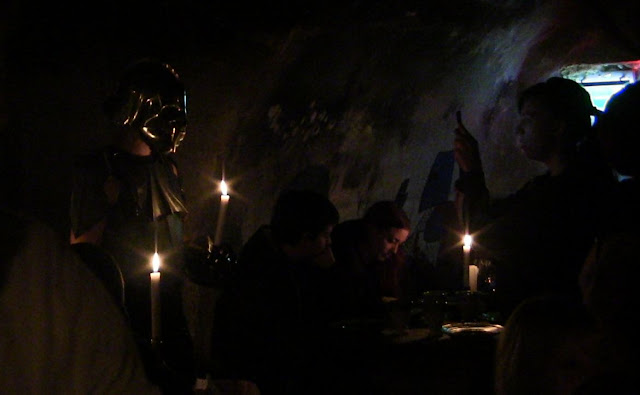 Lion Martinez (the man organizing this gathering) wearing a new armor at the feast.

And Gamex was awesome in general, mostly because I walked around in cosplay accompanied by a fantastic femShep by Karin Olava Pettersen. My favourite moment was me as Tali dancing with Shepard at the Wii booth. 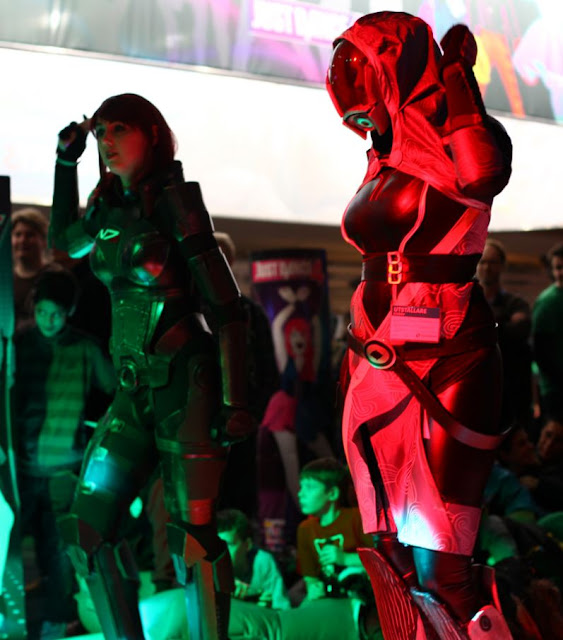 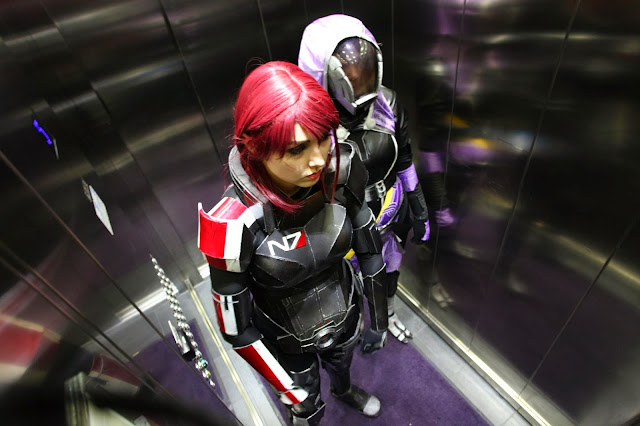 And I got to be on stage with Holly Conrad, Bioware's official FemShep. And she is amazing, giving us a lot of tips on making costumes and just chatting about techniques and sculpting. 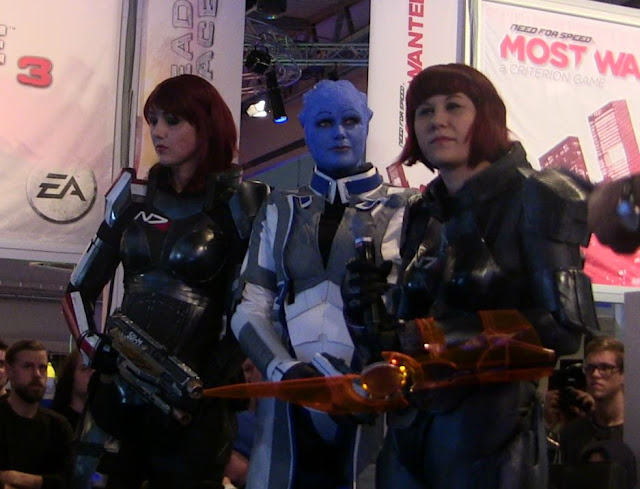 On stage with Karin Olava Pettersen and Holly Conrad

One of the best parts was that I felt that everyone from Bioware was genuinely interested in me and wanted to hear my opinions and give me feedback. They greeted us in hallways and reminded us to see their panels (as winners we get to enter before the rest, securing god seats) 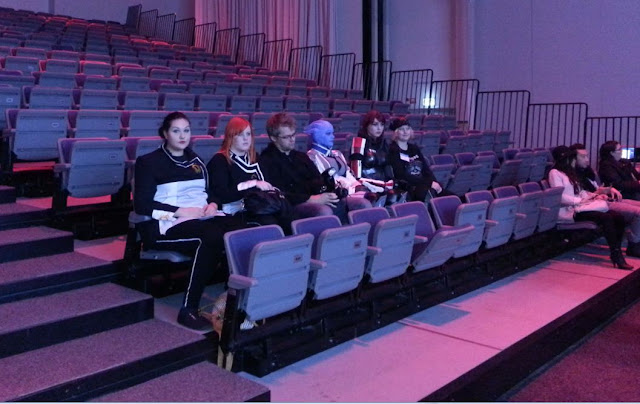 I love being VIP

And we also got free stuff of course, my favorite being the signed Mass Effect art book and the limited Dragon Age necklace. 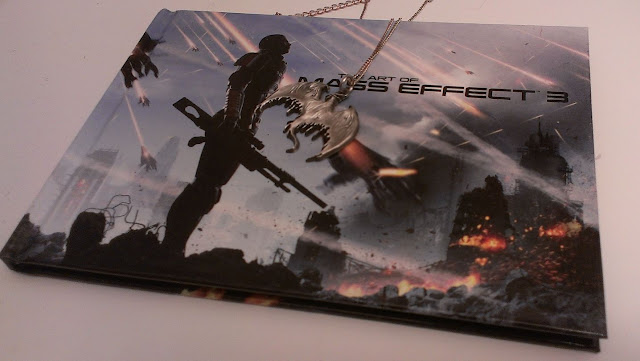