I wanted to show you that you don't always have to use worbla or spend a lot of money on you costumes. So for Genki 2014 I designed a character using cardboard as my main material. 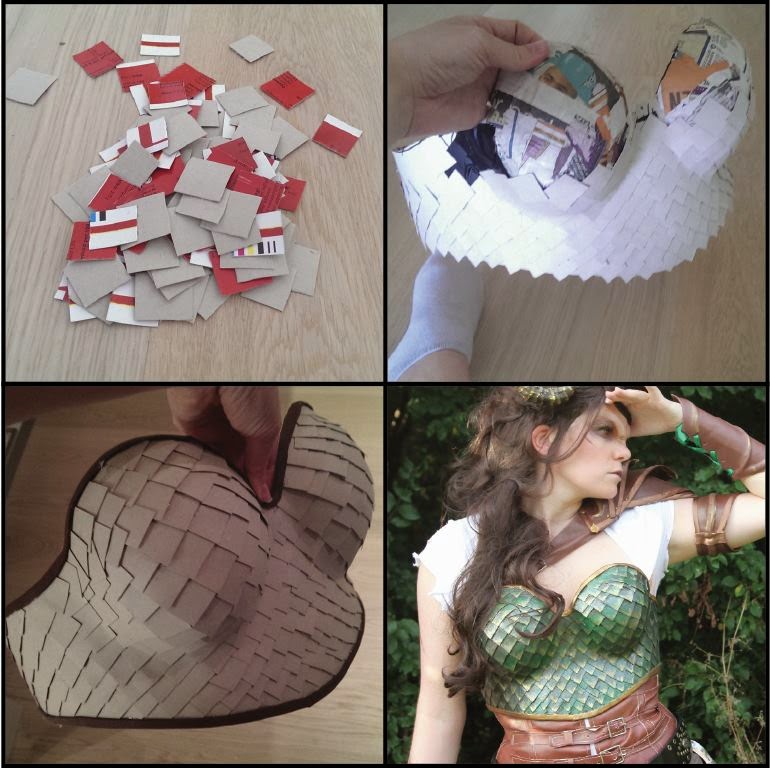 Step one, make a base. To get the Boob cups I blew up two balloons in roughly my size and covered them in paper mache (newspaper, glue and water). 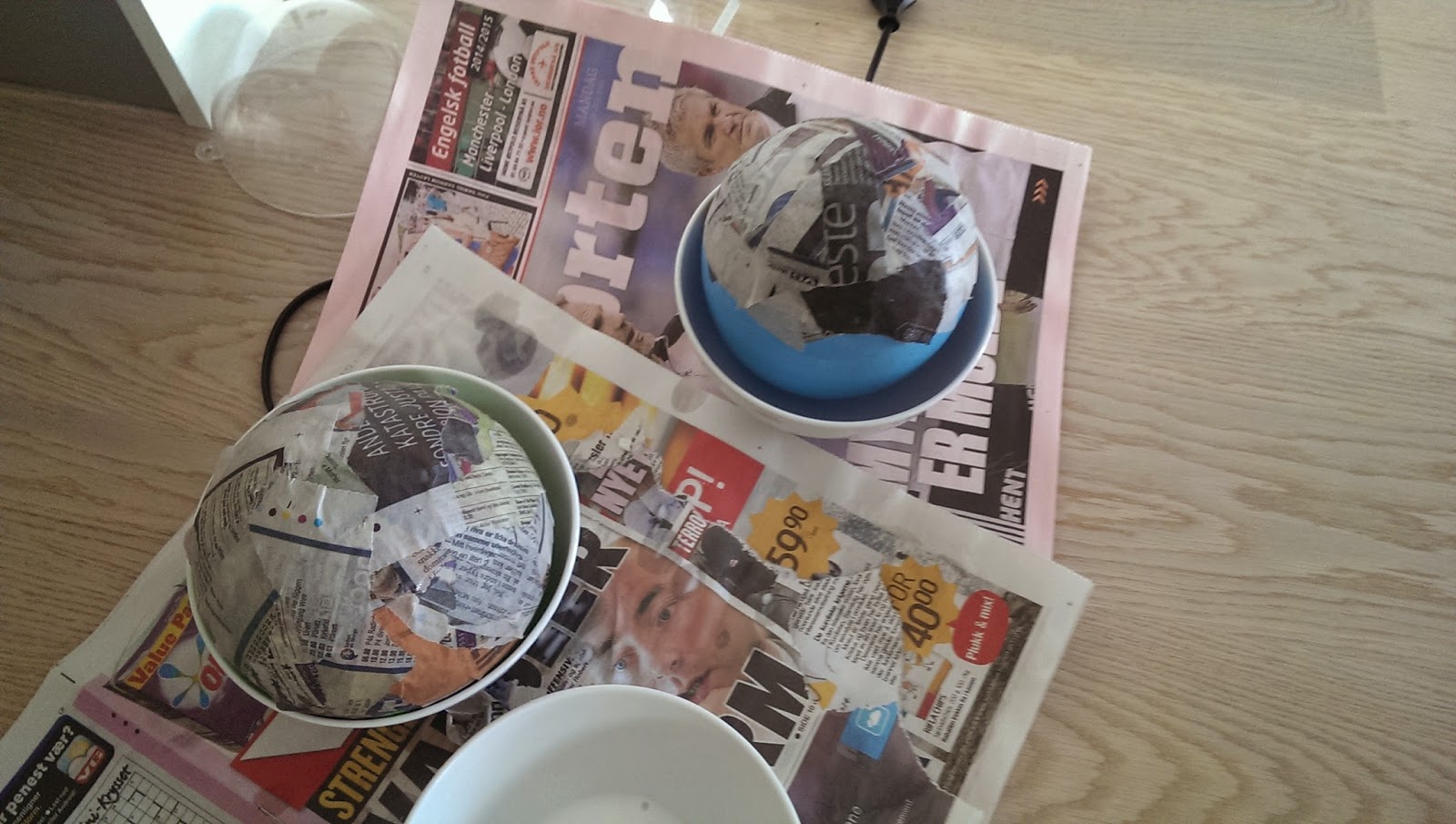 Then I traced a bra onto cardboard and taped the boob cups on. 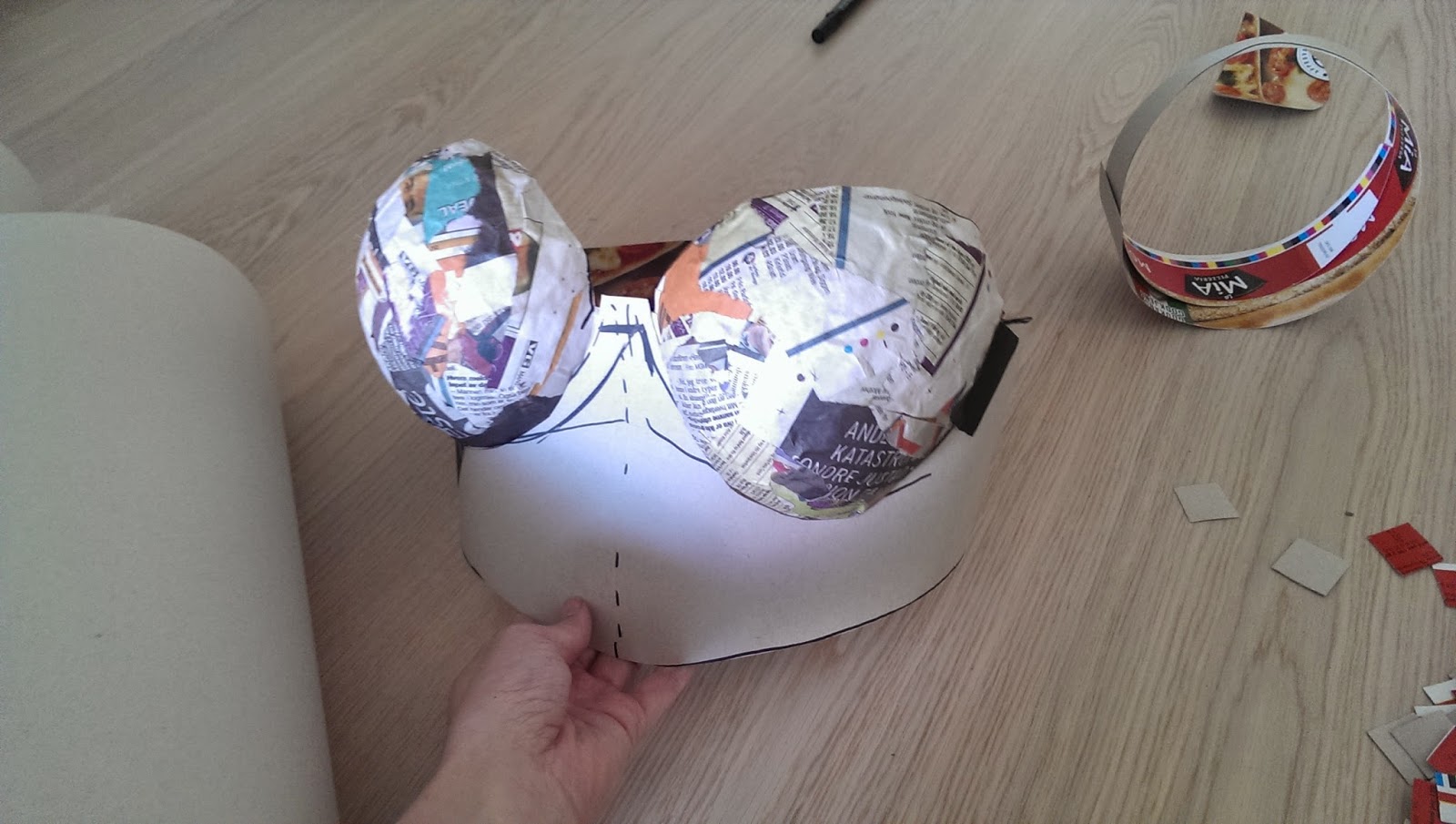 Squares, so many squares. 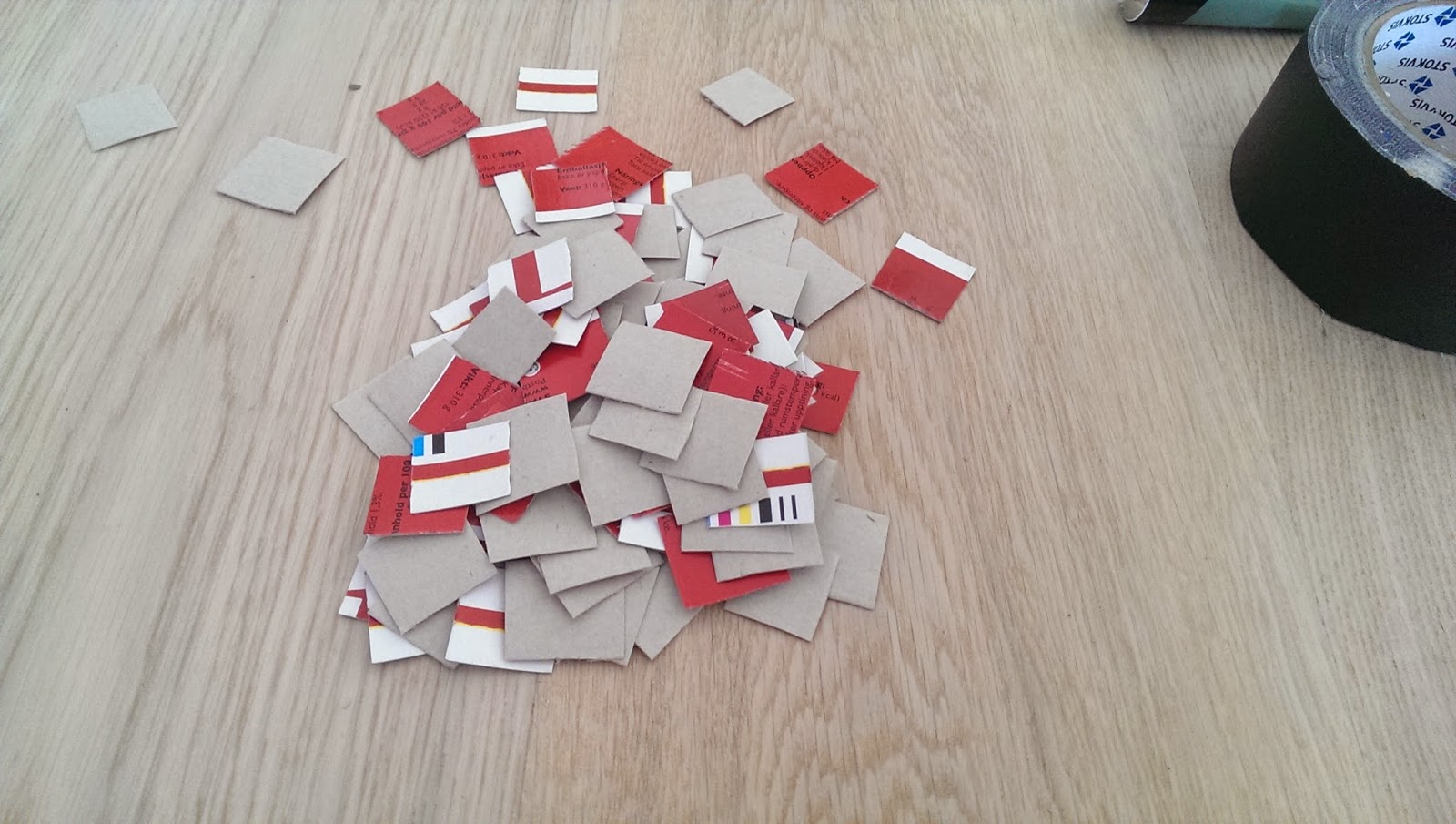 Each square is glued on with only a glue gun. 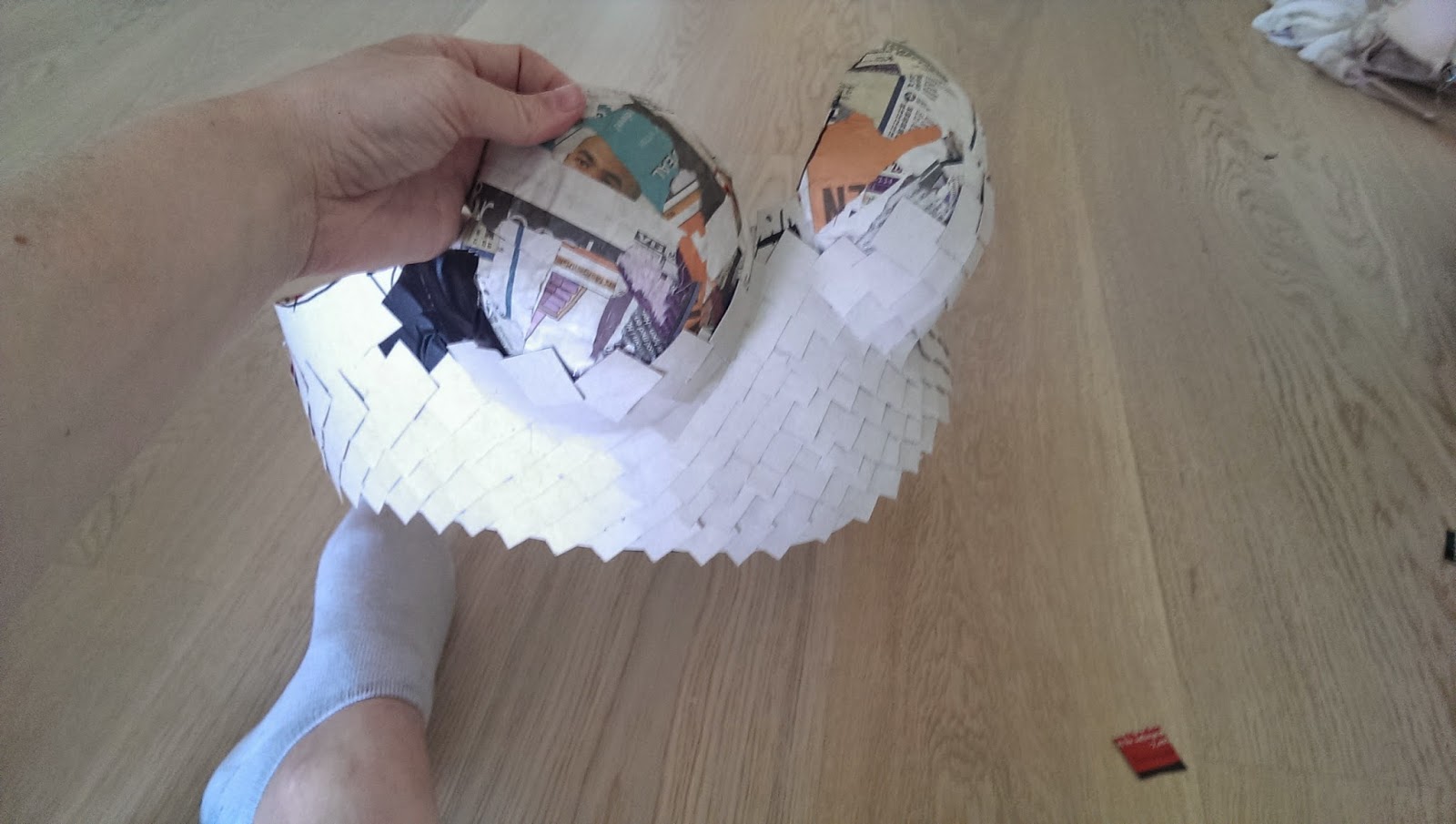 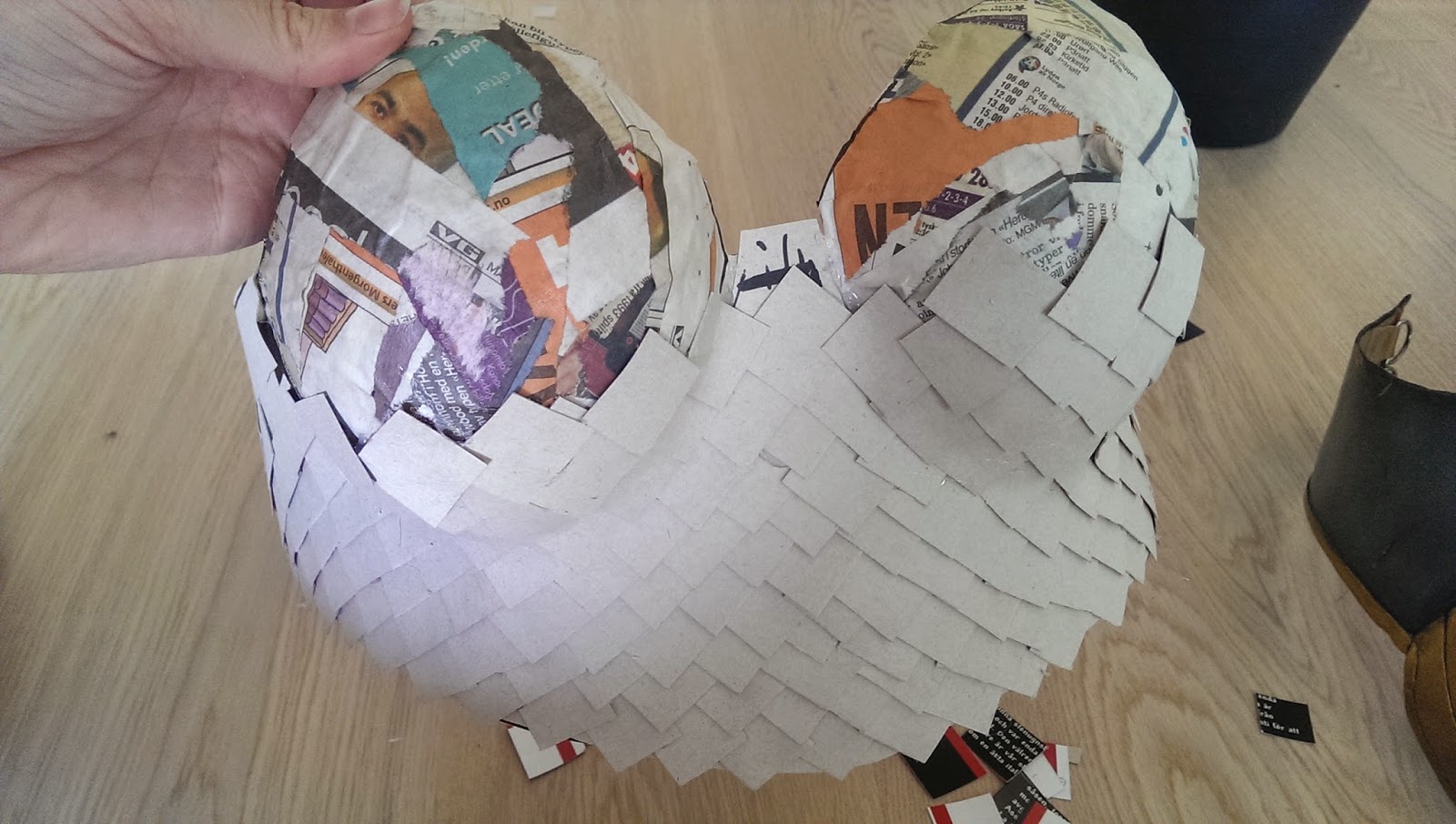 For the edges I used strips of craft foam, again just glued on with a glue gun. 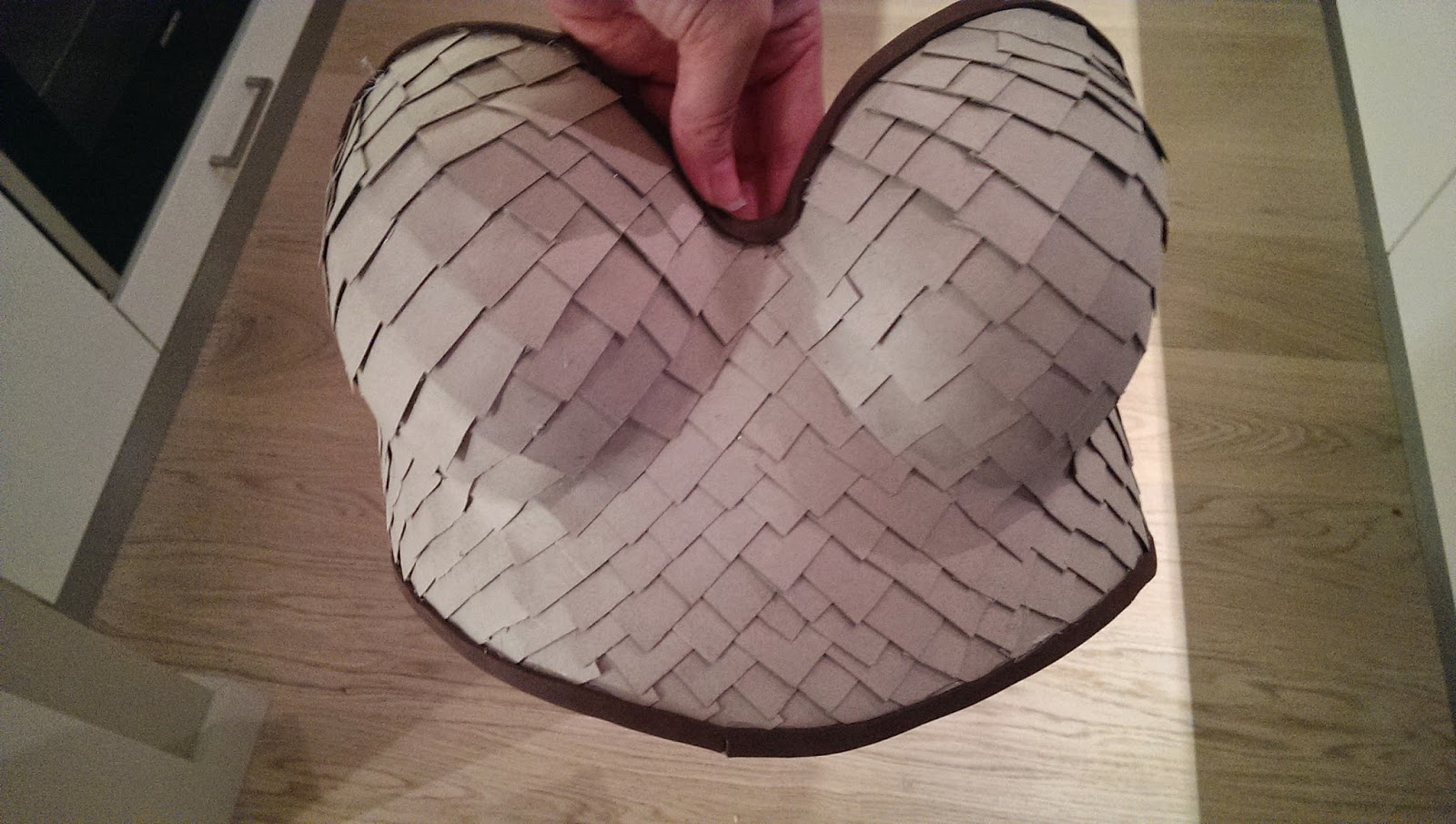 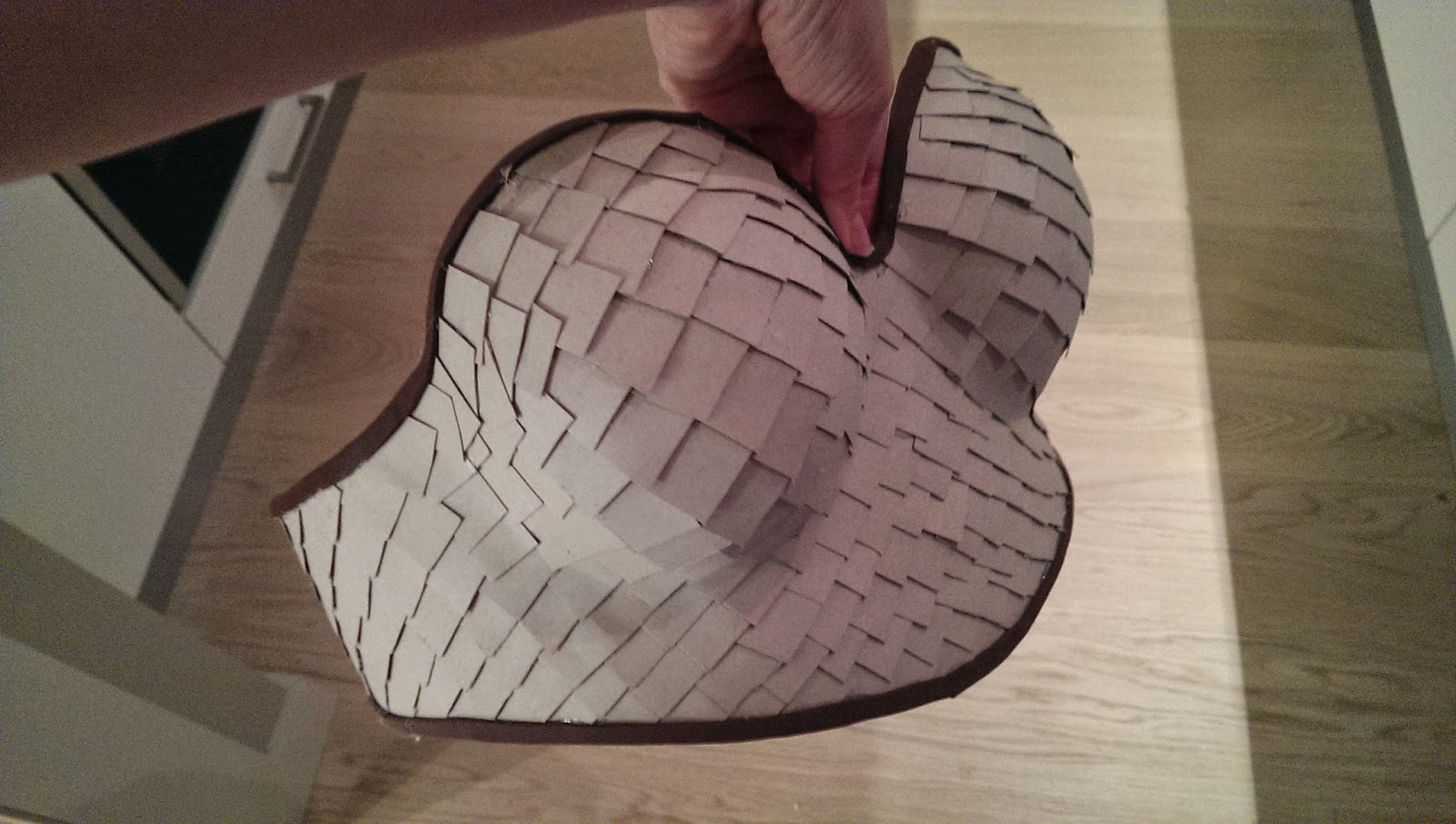 Before painting I covered the entire armor in wood glue. Then I did one layer of bright green acrylic paint. 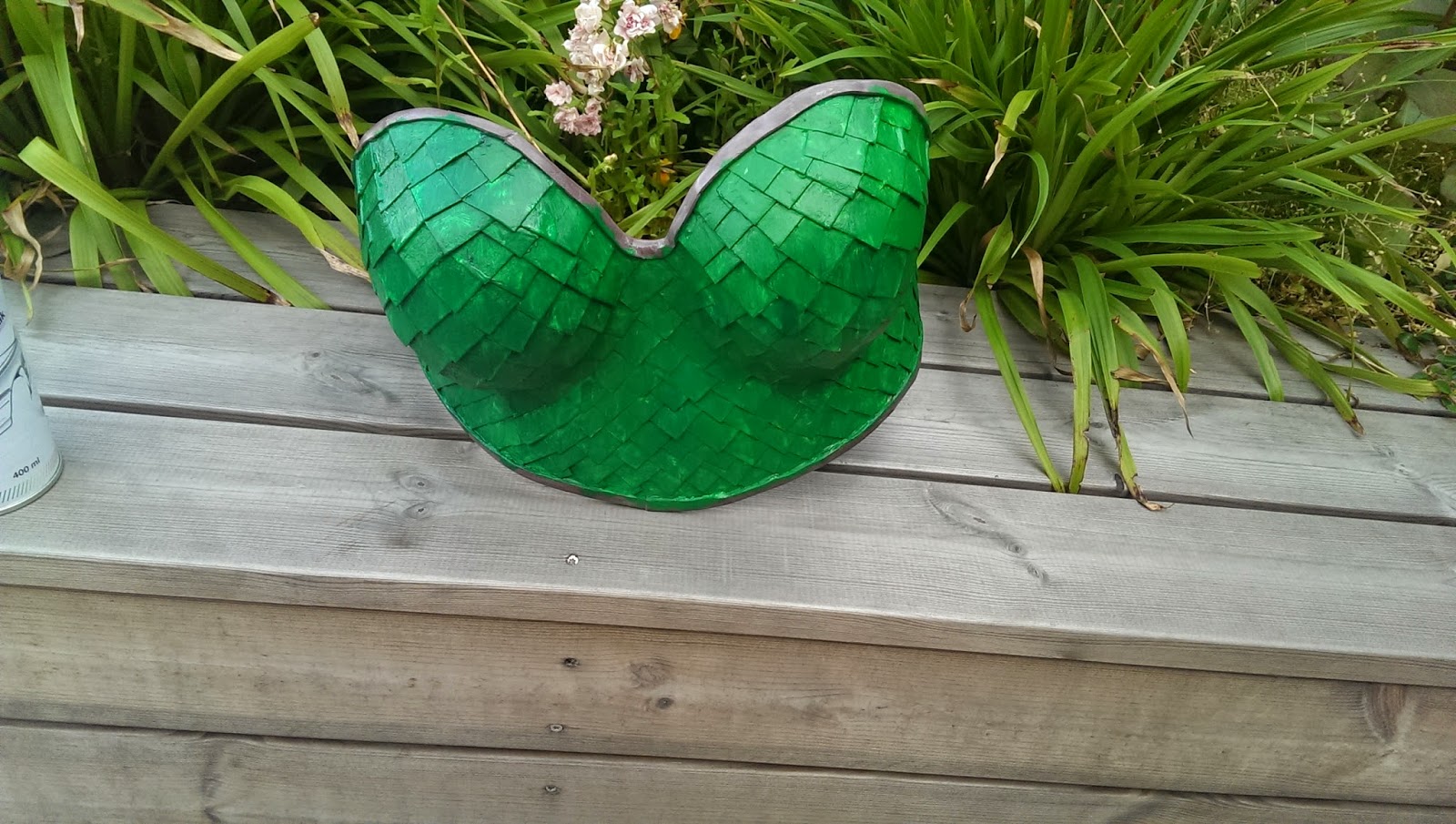 To get a more metallic look I sprayed it with a this layer of metallic grey paint. 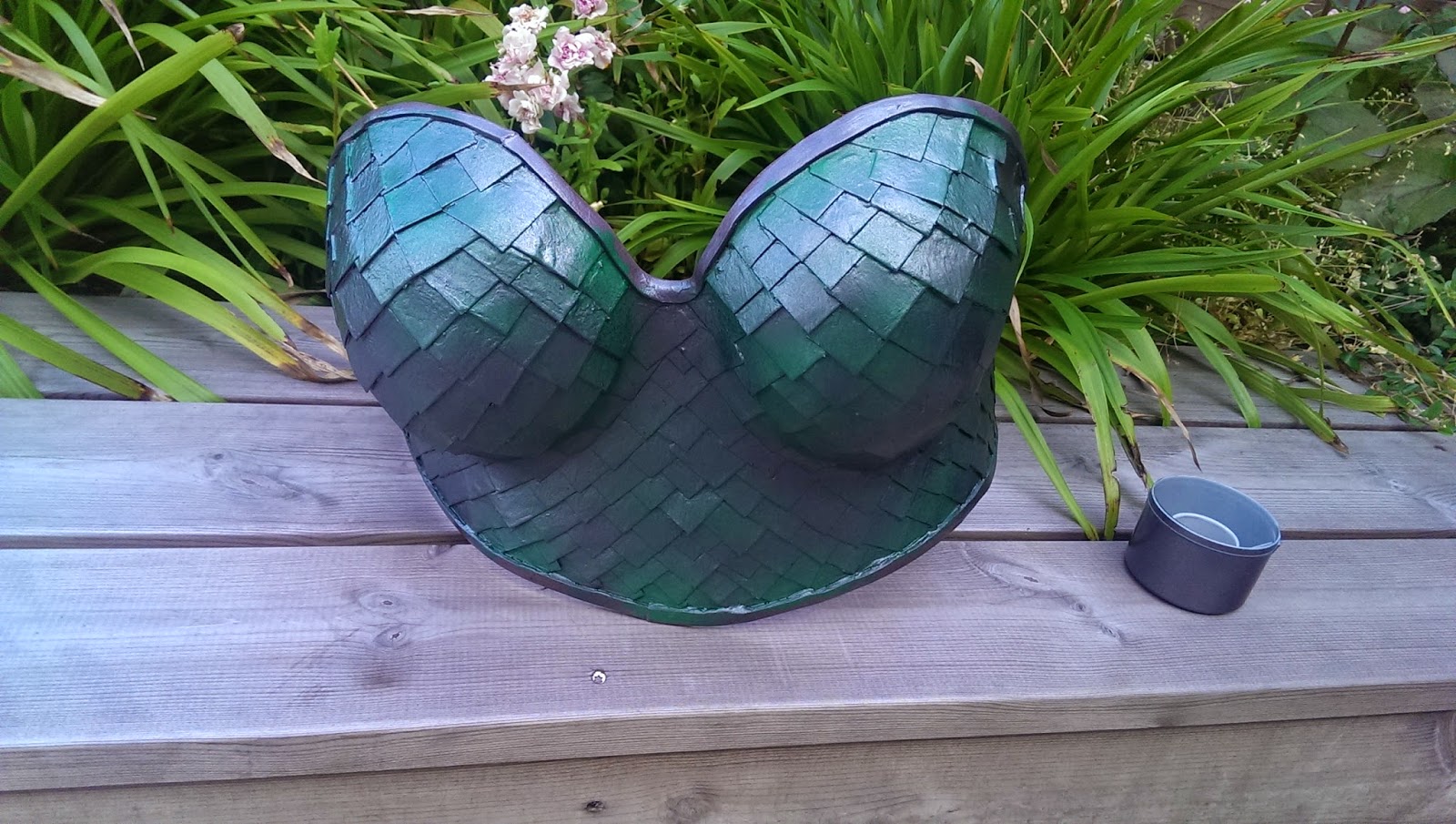 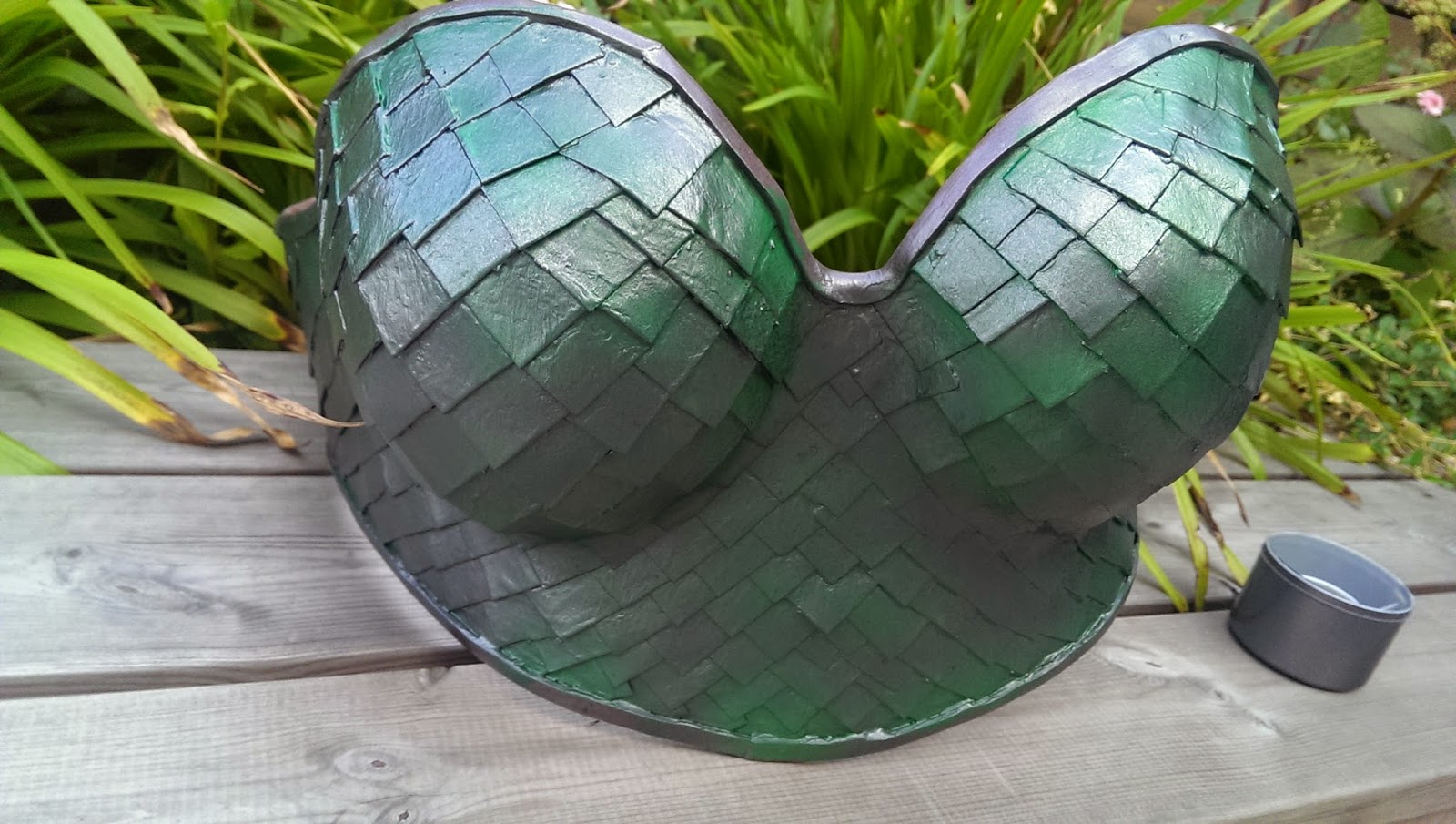 The edges were painted gold and all the scales first got dark shading and then the tips got a thin gold coat with a dry brush. 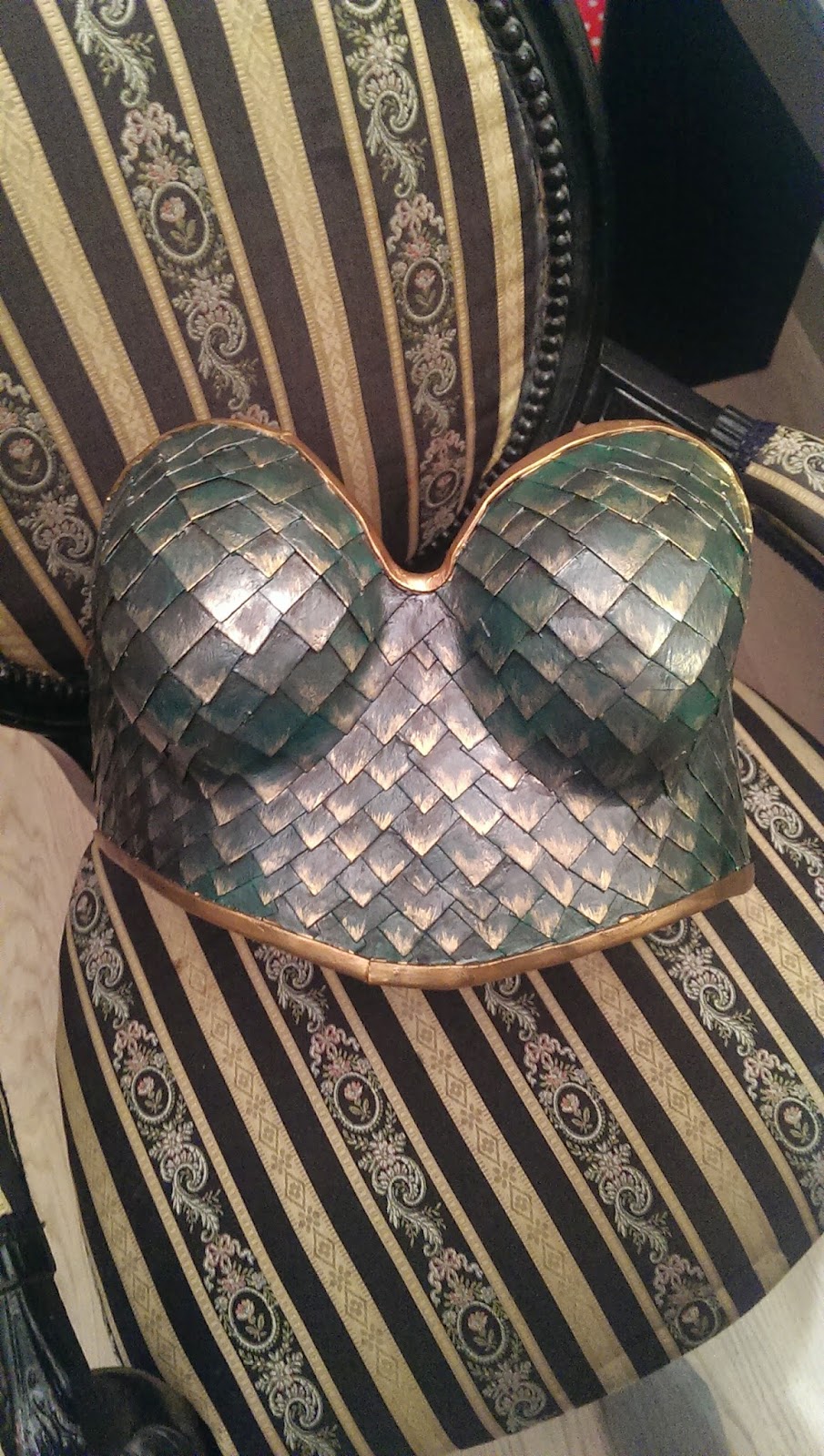 The armor is laced up like a corset in the back, and this is the final look of my character - which people have named "Cardboard". More post about the horns, crossbow and total look later. 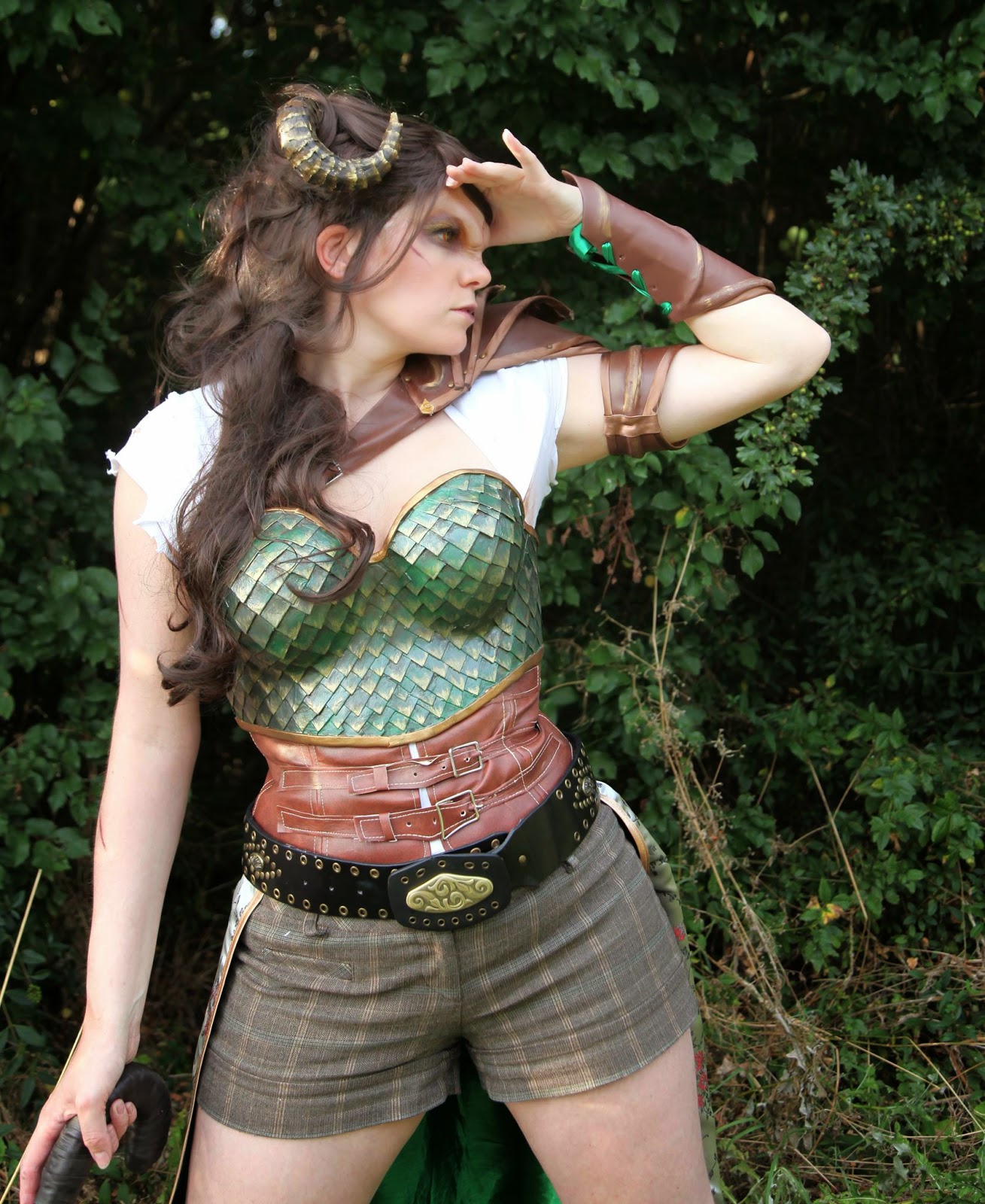 The armor is just lased on as a corset in the back, with grommets for the holes (see tutorial on corset for more info about grommets and such) 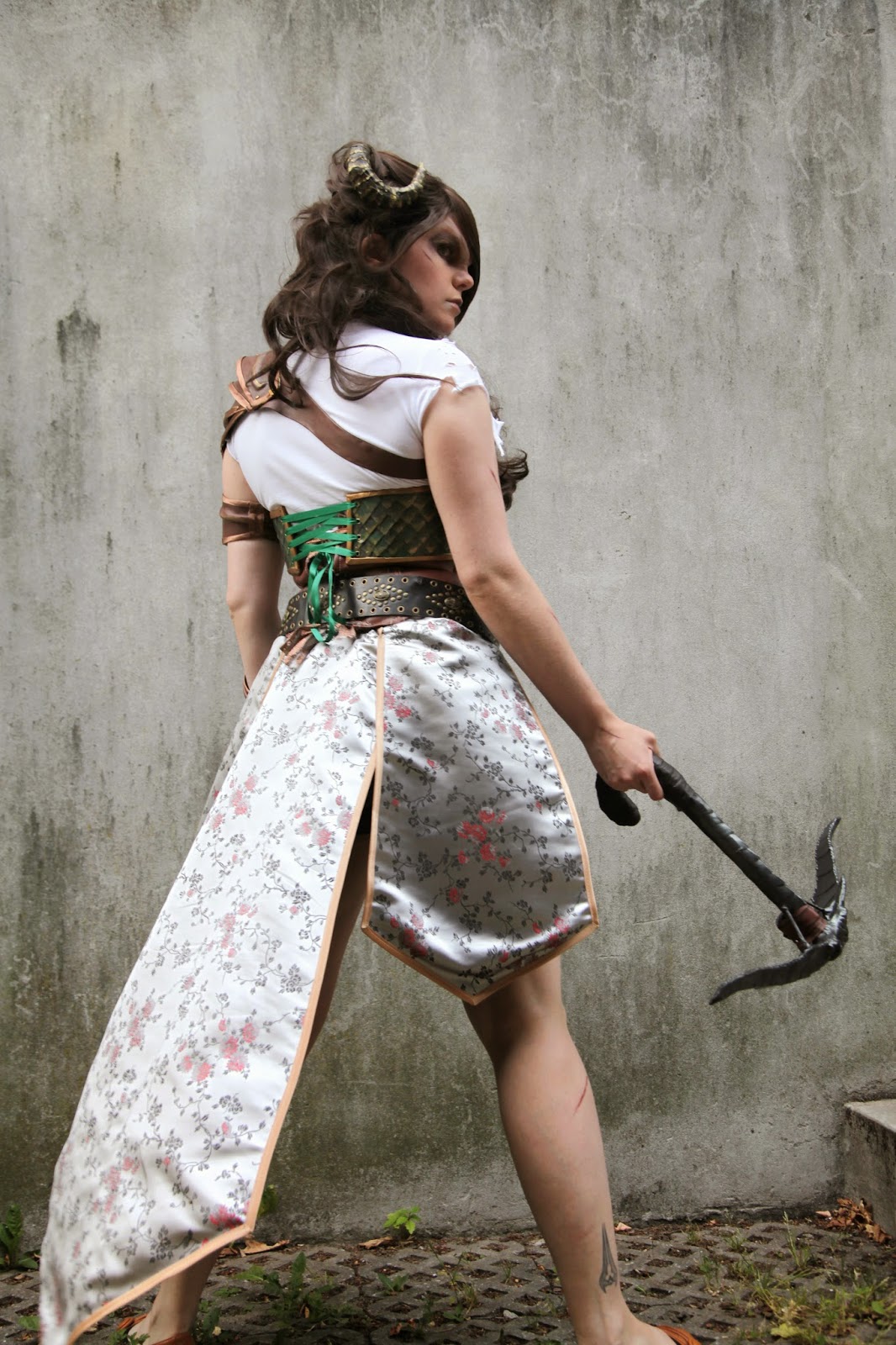