Cosplay inspiration just creeps up on you. My sister, Bettcanard, does these monthly makeups and then she made an amazing Elf Inquisitor from Dragon Age Inquisition. 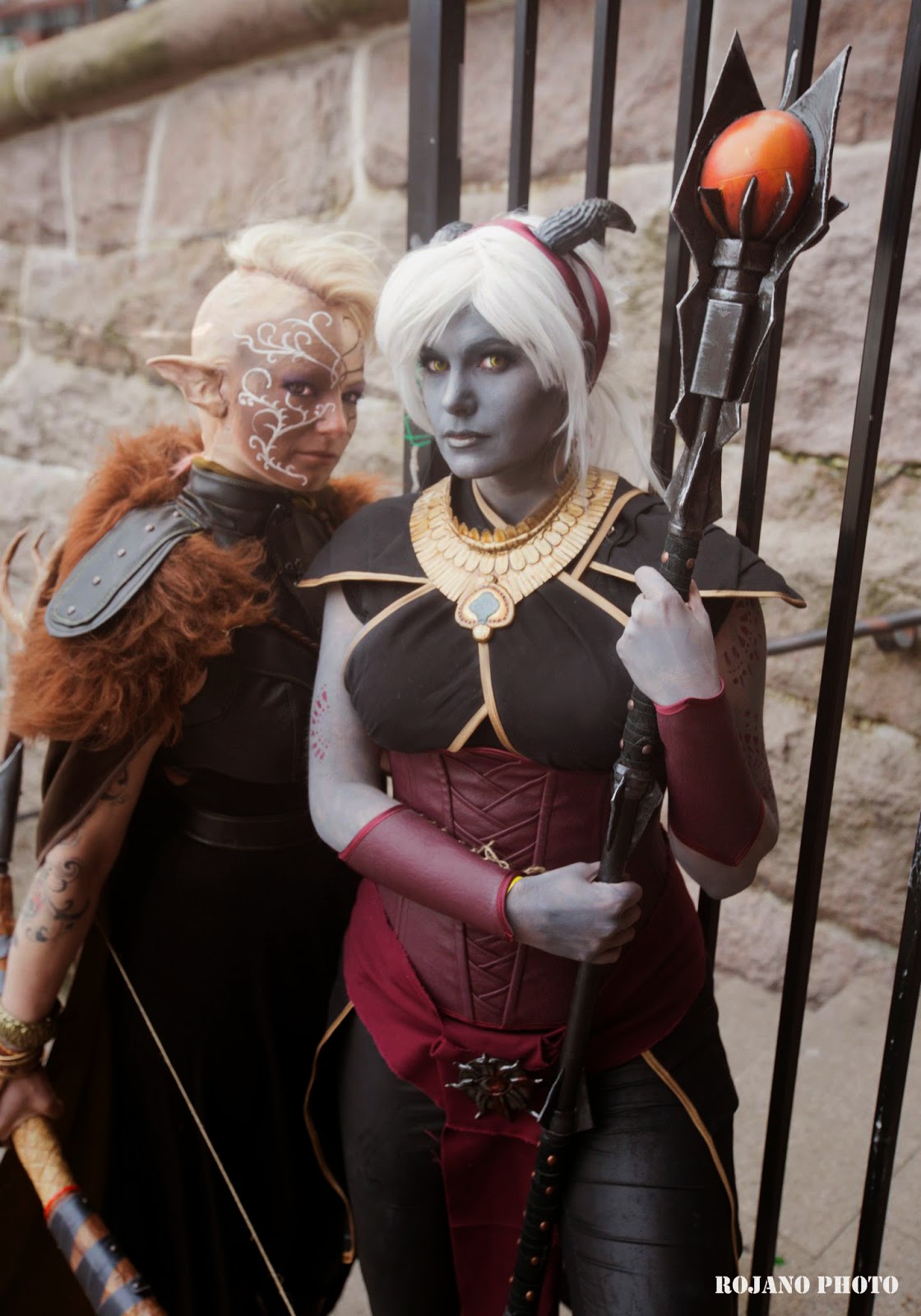 It looked so good I begged her to put it on again (and we are talking four hours of makeup and dressing). But she agreed and I made a Qunari so we could get some photos together. 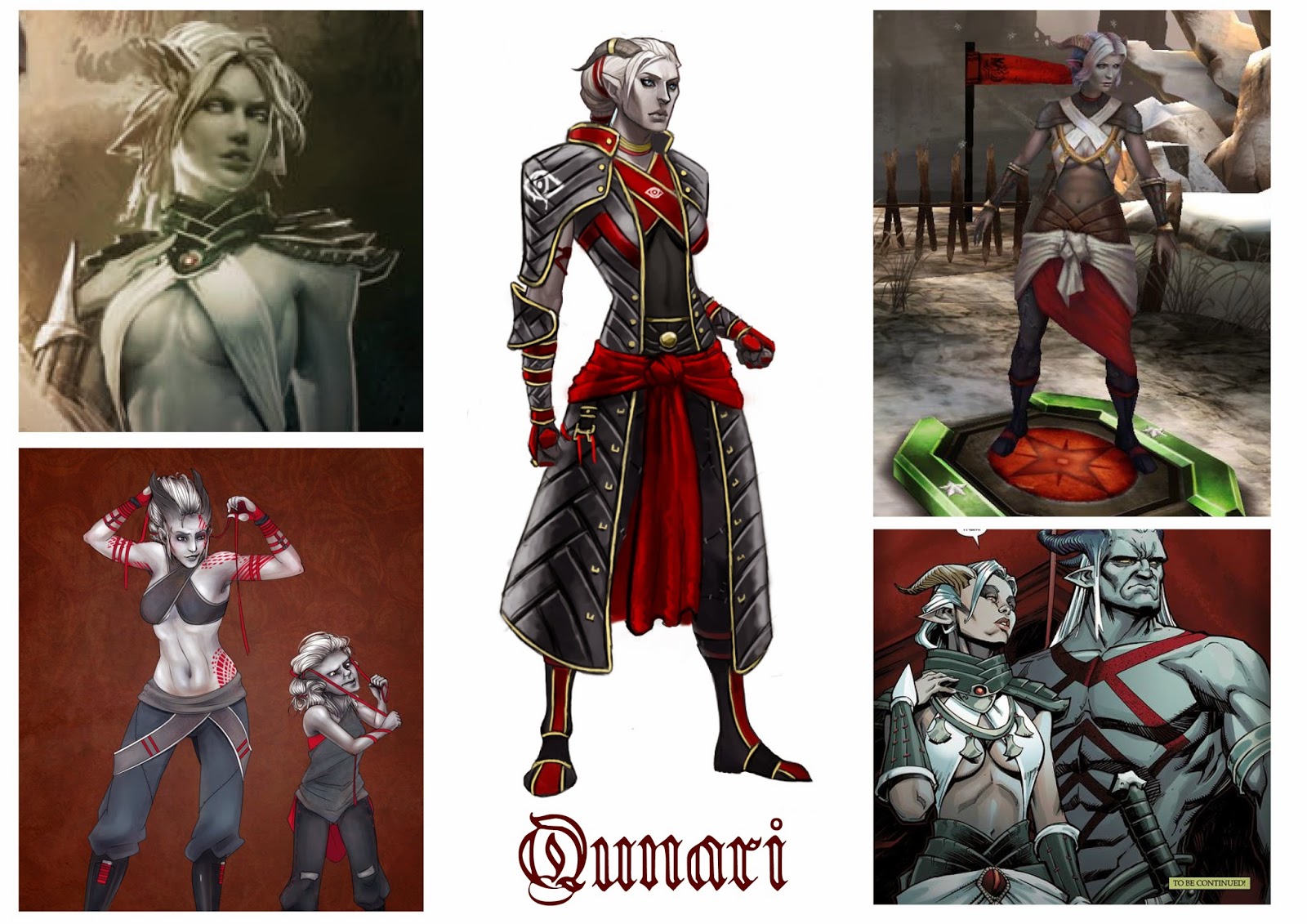 This were a really fast cosplay, because we decided that we were gonna do this like two days before a convention. So I used what I have and what I know - recycle :D

Most Qunari designs I looked at showed their tummy, I don't really do that (comfort zone and such). But I was working on a Lady Sif corset at the time which works both in colors and aesthetics for Qunari armor. For more about hoe I make corset take a look here. 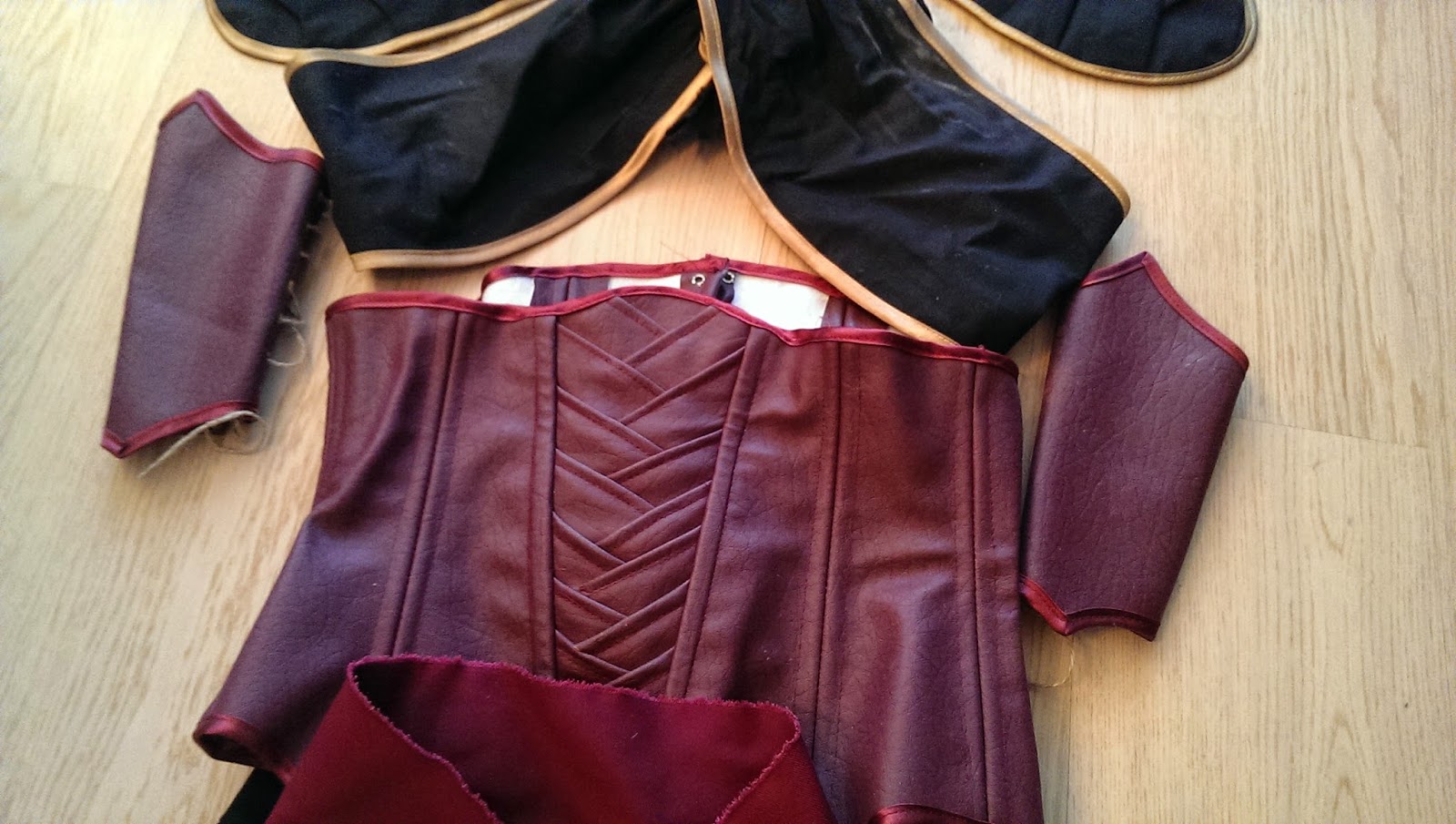 I had the necklace from my Morrigan costume already, see here for how that was made. For shoulder armor I folded black fabric and sewed it together in an overlapping pattern. The chest bind were also just black fabric with gold bias tape draped around by chest. (no pattern, just trial and error) 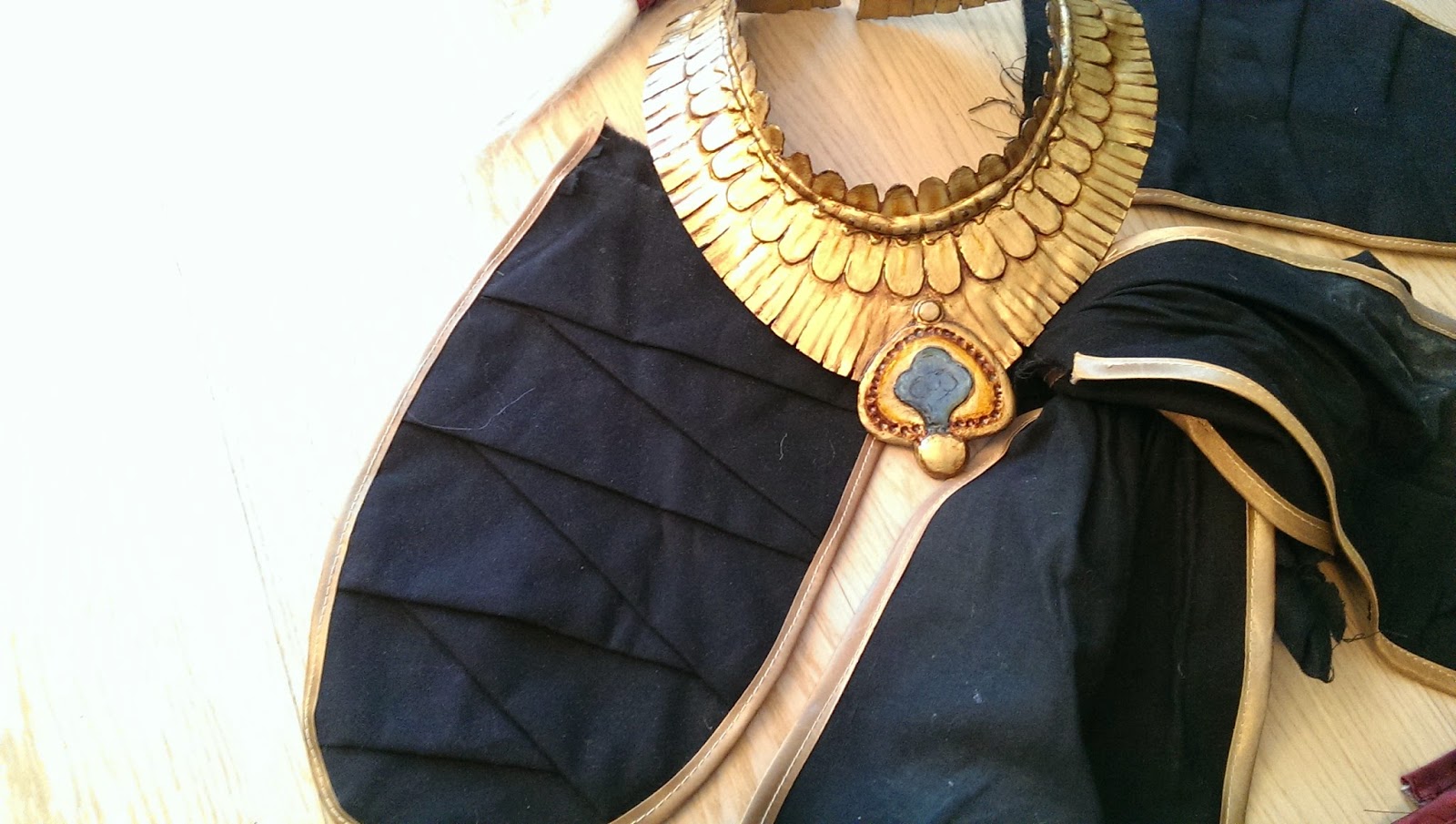 A costume is in the details ;) The Inquisition emblem was a house warming gift from Karin Olava - Now used to hold my sash together. I also borrowed her staff for this cosplay, which just happened to be in my apartment (still is). So much easier to pose when you have a prop. 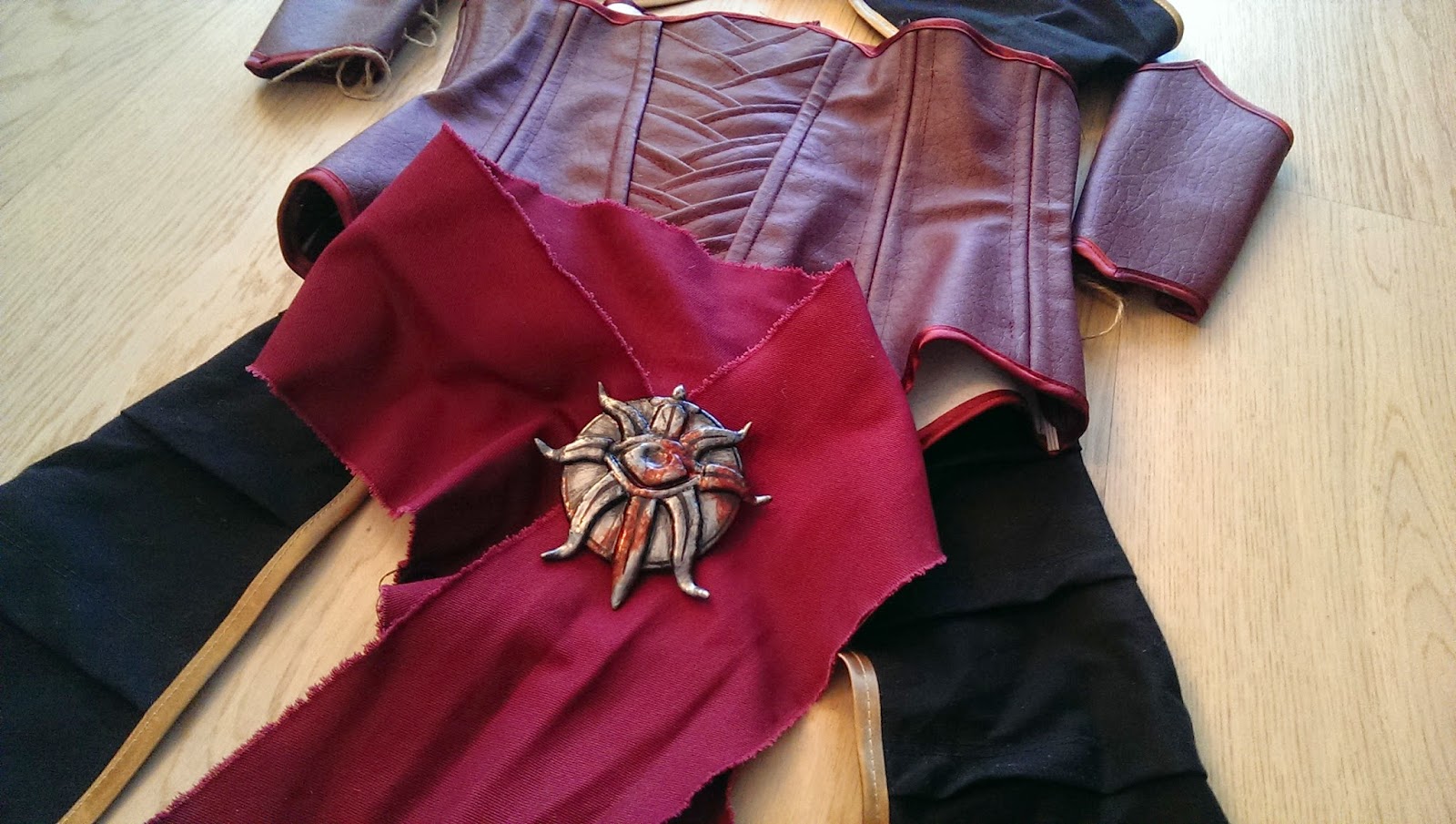 My sister had a white wig from a Kida cosplay which she let me restyle as I felt like. 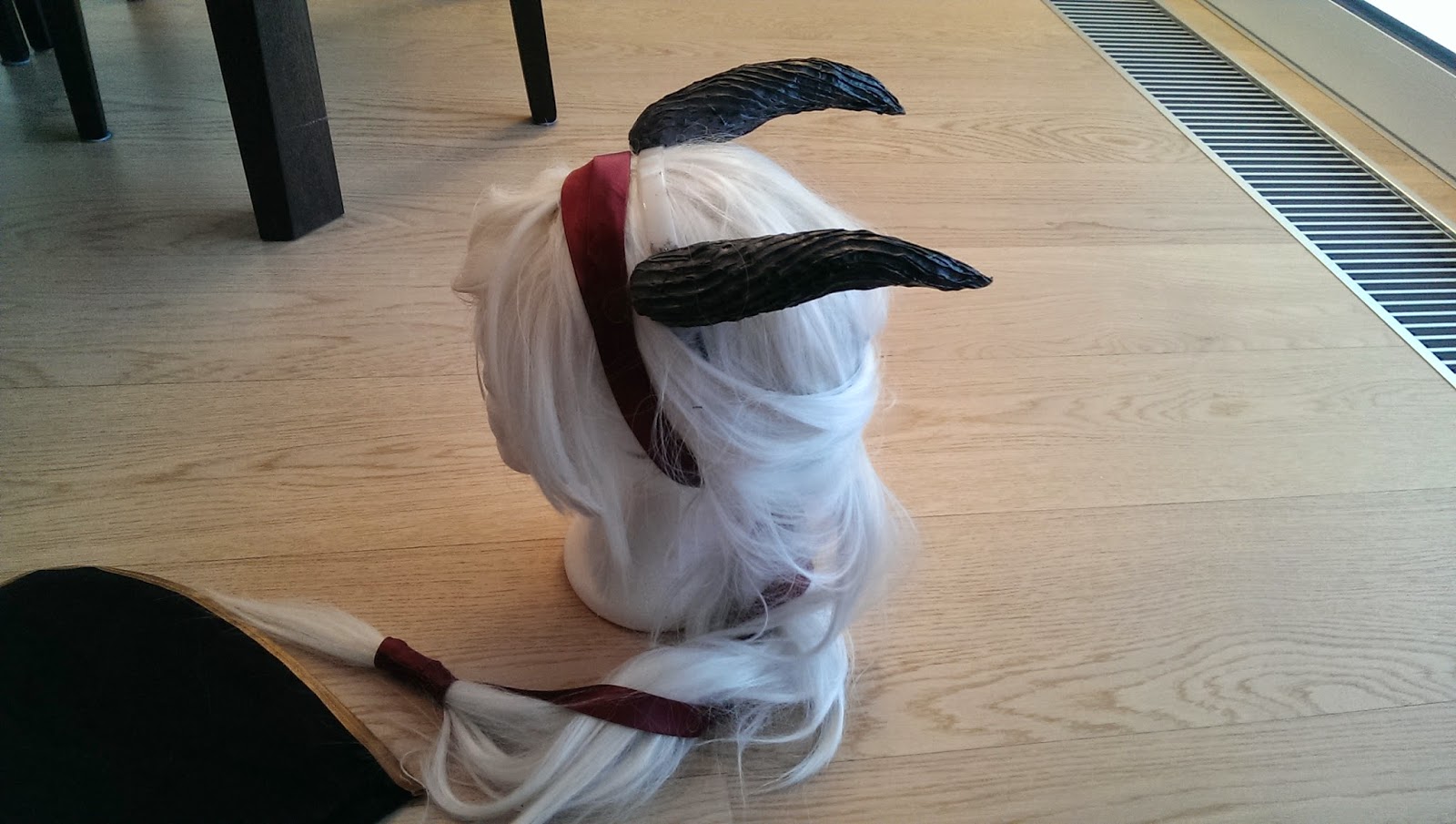 The only new thing for this cosplay was the horns (and the makeup). The horns are made from tin foil wrapped with masking tape and then the details were added with a glue gun. I used a sponge to to the gradient effect from light to dark grey. Here is another tutorial for how to make horns. 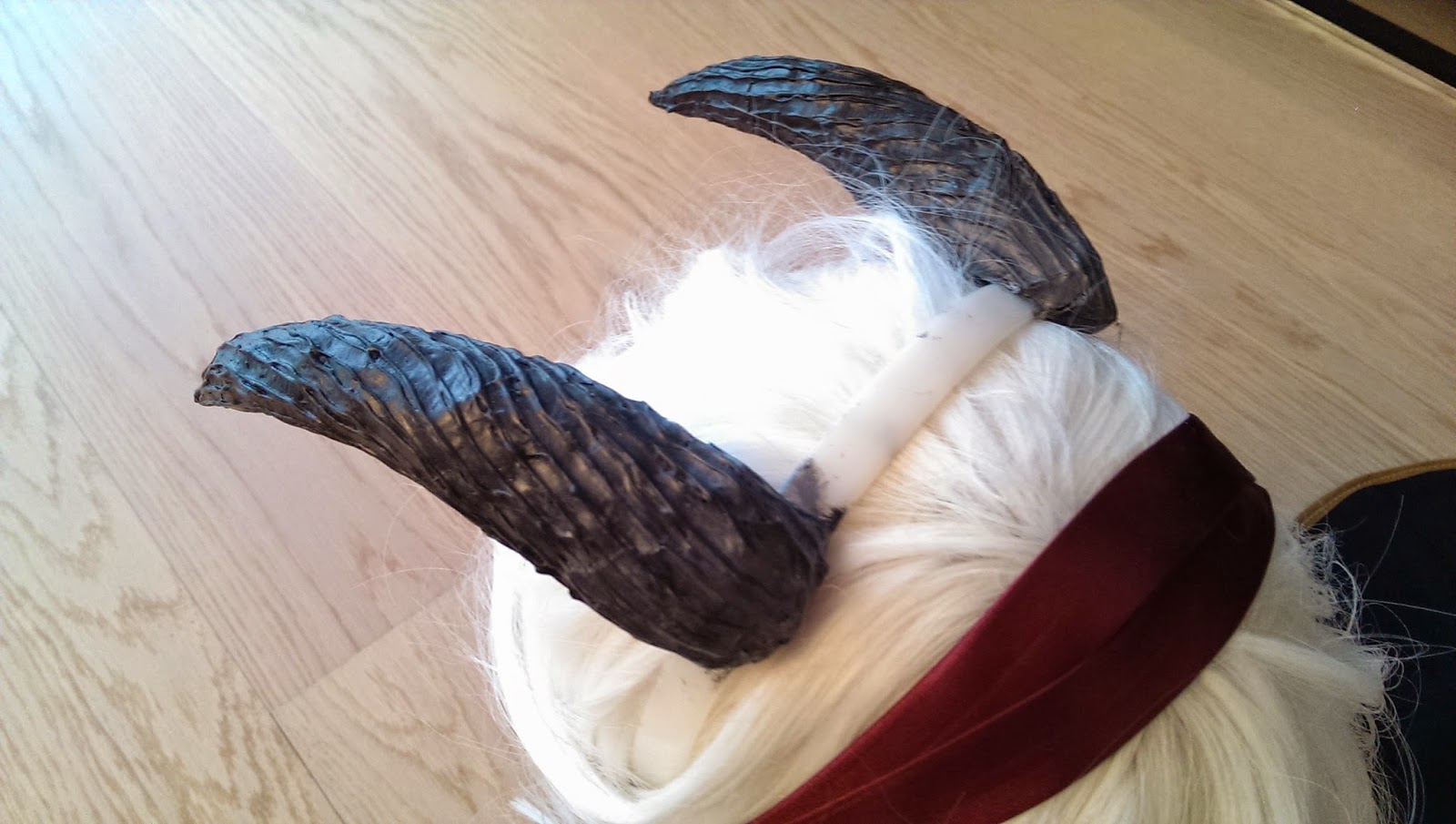 And I had such a fin time cosplaying together with my sister :D 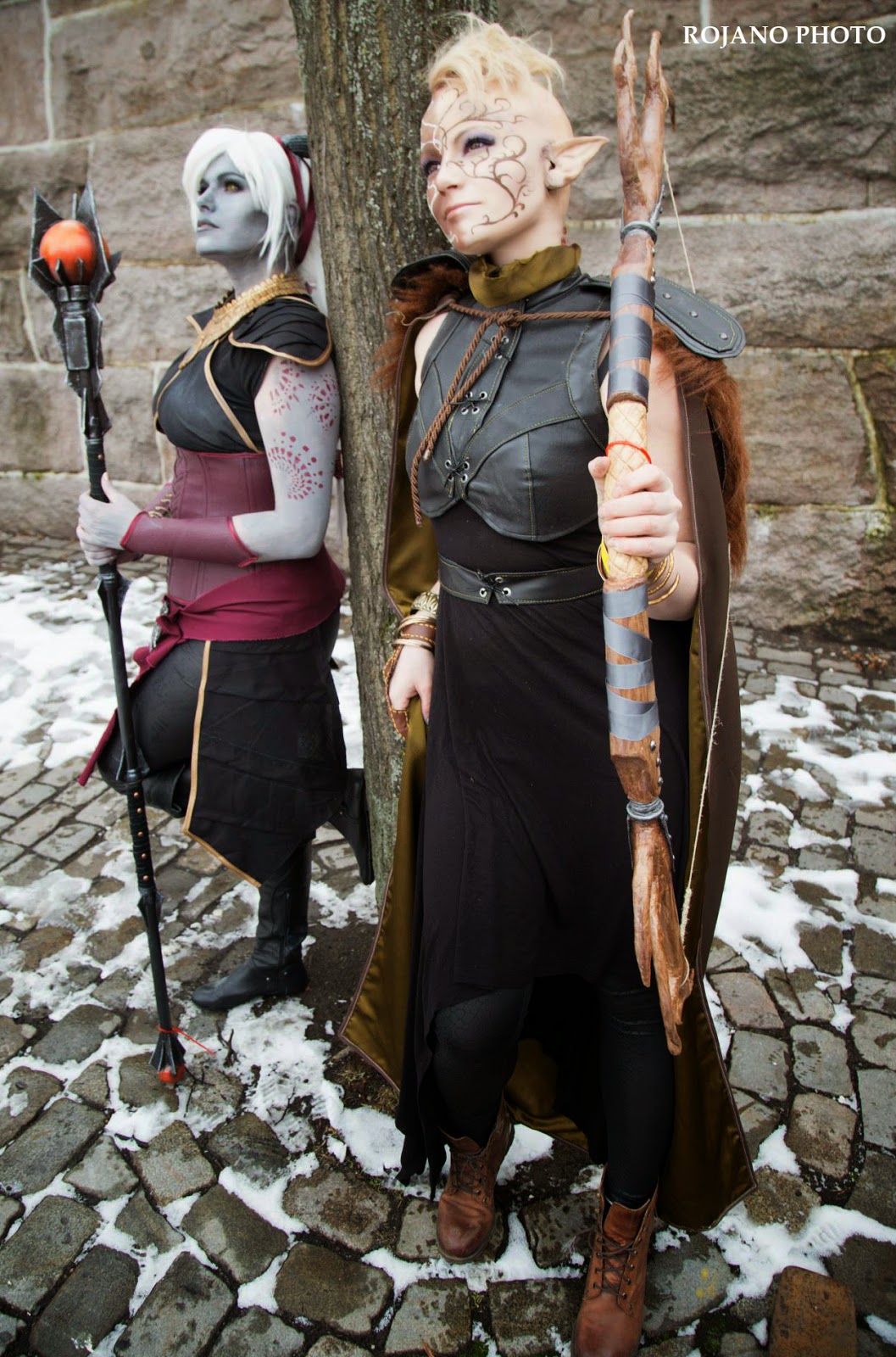 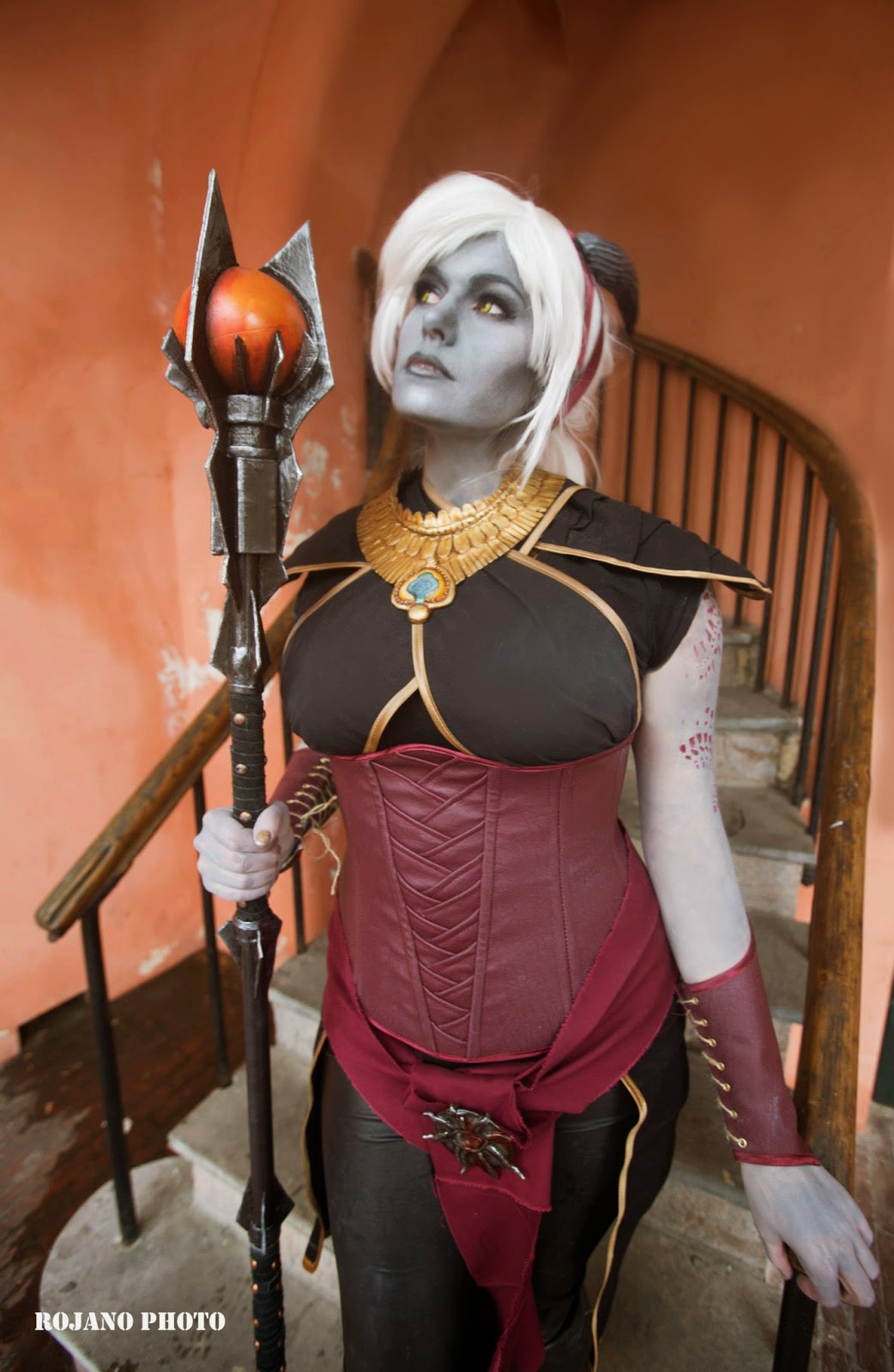 I must show you more photos of this awesome makeup 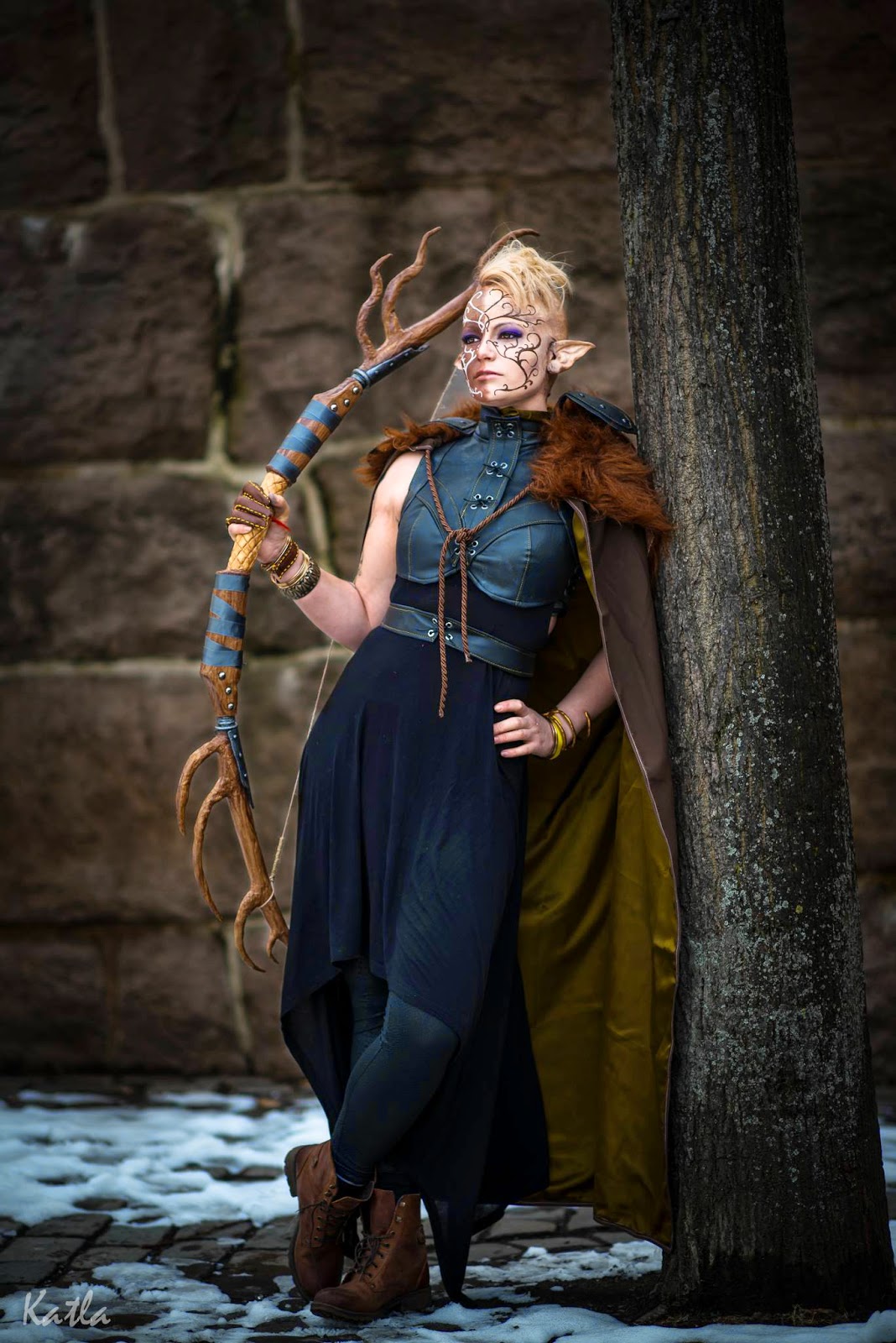 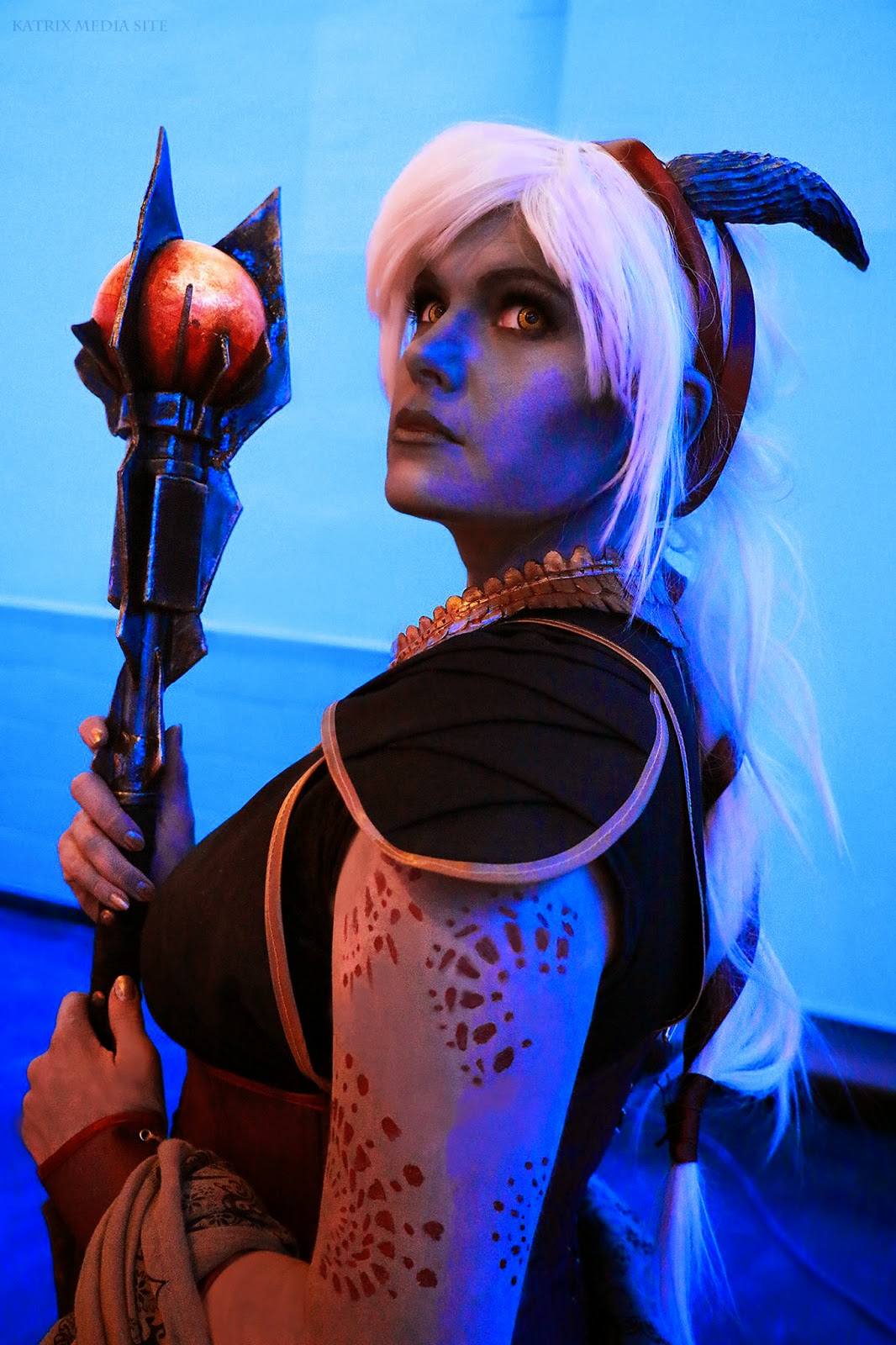 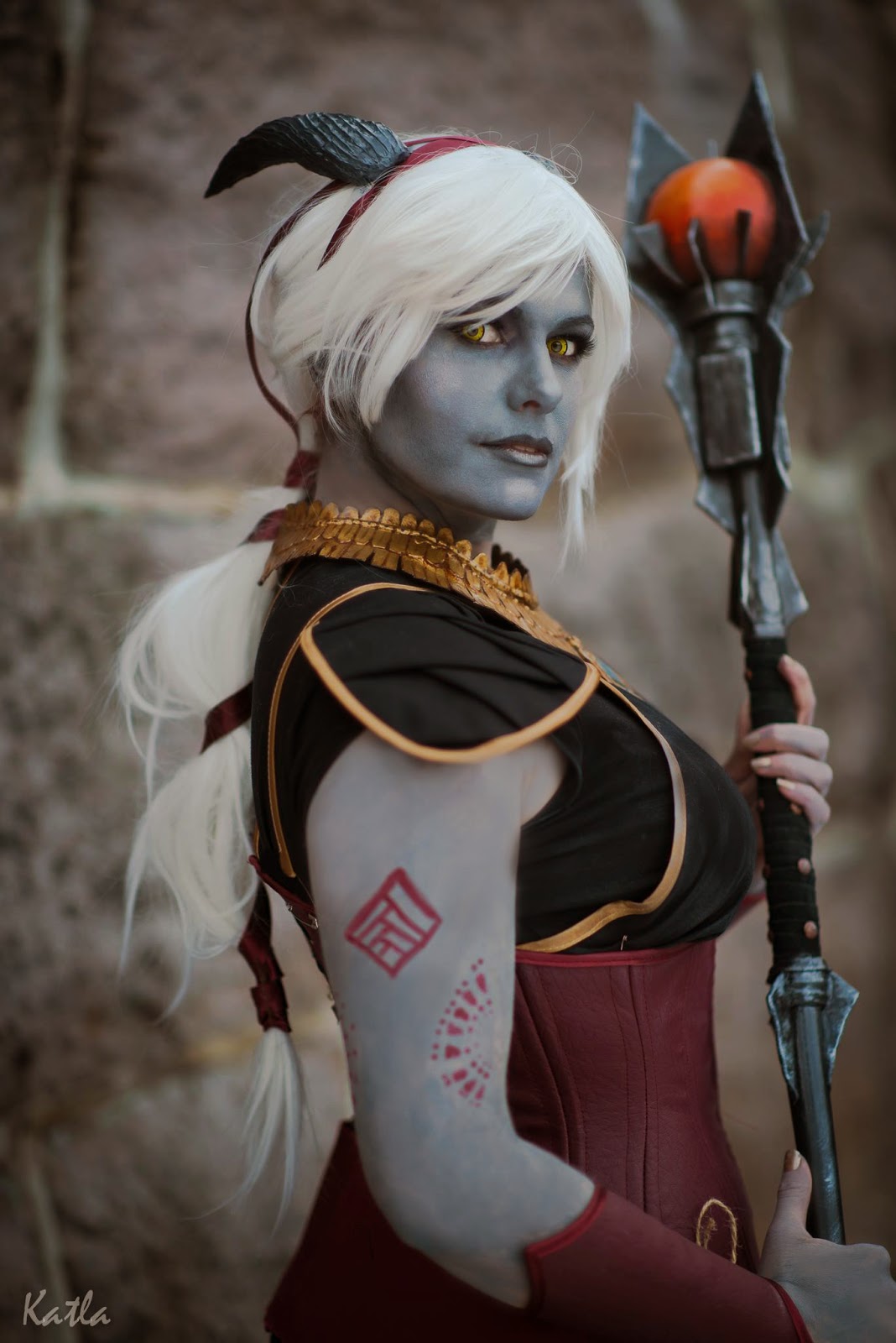