The tradition with the Easter Eggs actually started with me making eggs for my boyfriend, so of course I had to make one exclusevily for him, and this time I wanted to make it look like the Planet Express shio from Futurama. 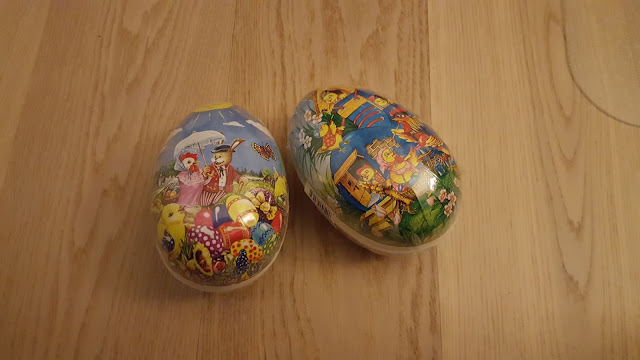 Lowe fins in the making. A stencil of cardboard covered with craft foam on each side glued on to the lowe half of the egg with hot glue. 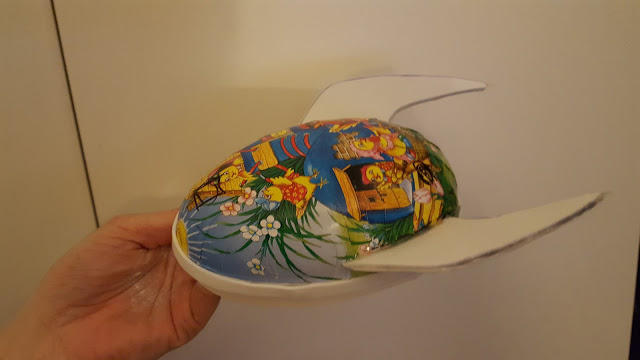 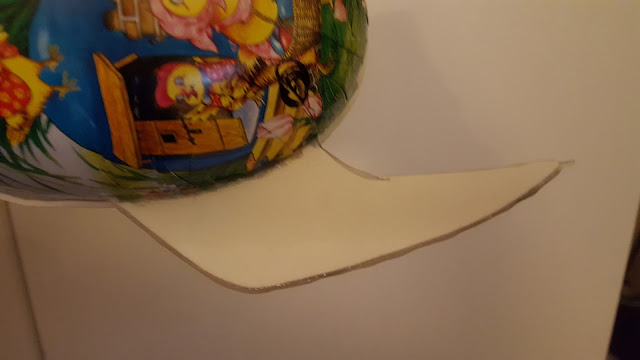 For the top half I made a slightly larger fin in addition to the front window and side panels which is also made of craft foam. The "gunners seat" on top is made from a water bottle cap and paper clay. 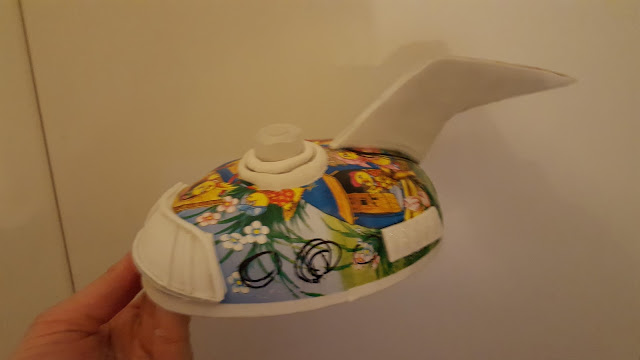 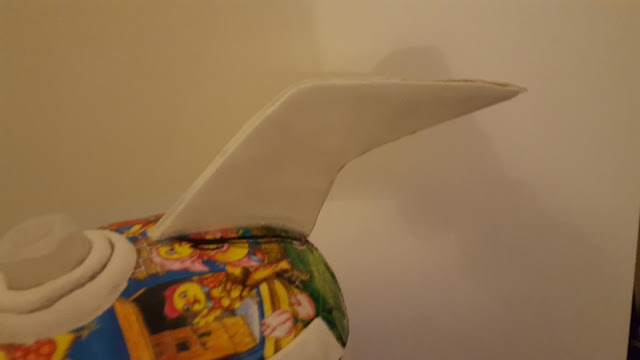 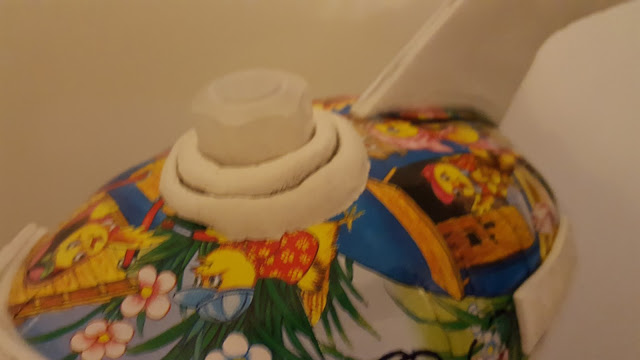 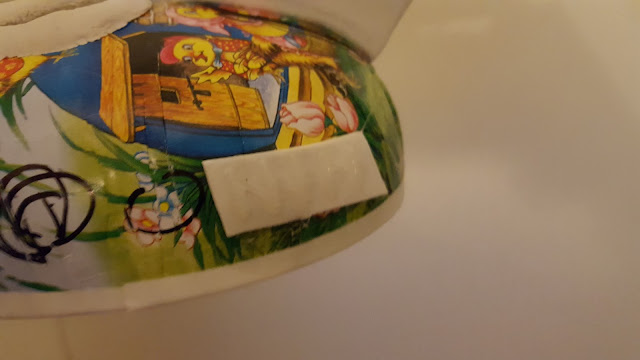 Now for the landing gear. Feet were blocked out using paper clay. 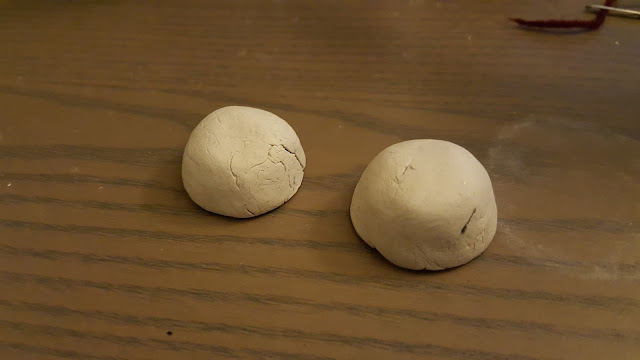 And then we have the engine, which is made from paper clay and straws :) 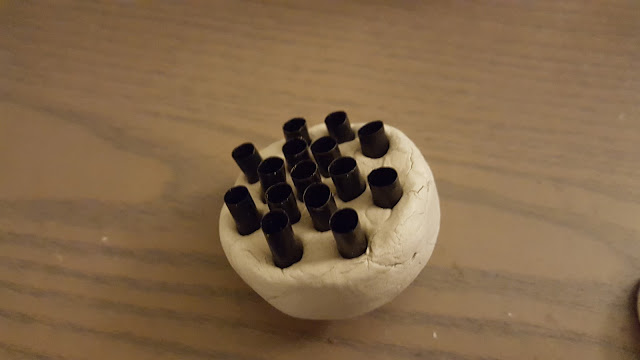 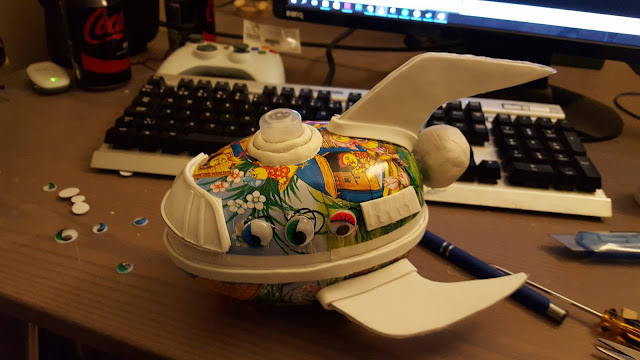 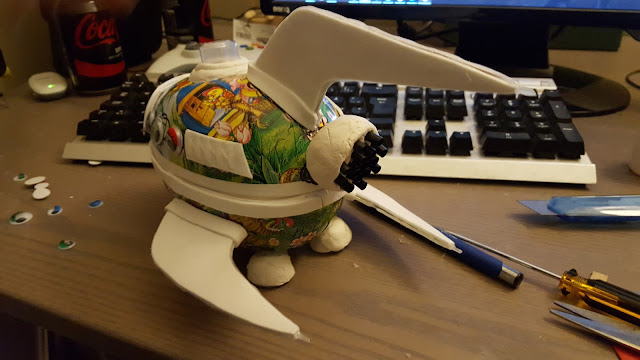 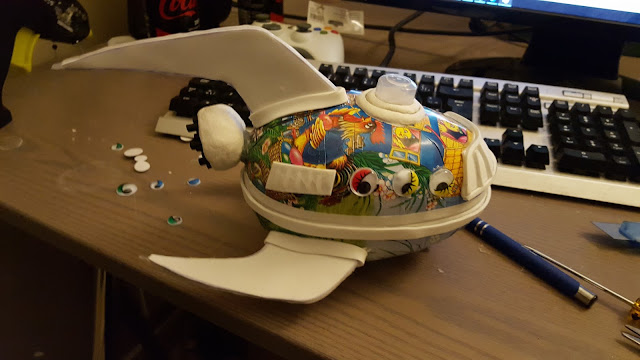 And lastly I added a ramp out of cardboard ;) 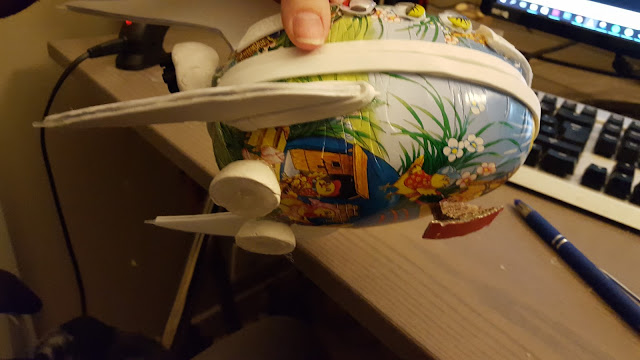 The entire ship was primed with wood glue and gesso. 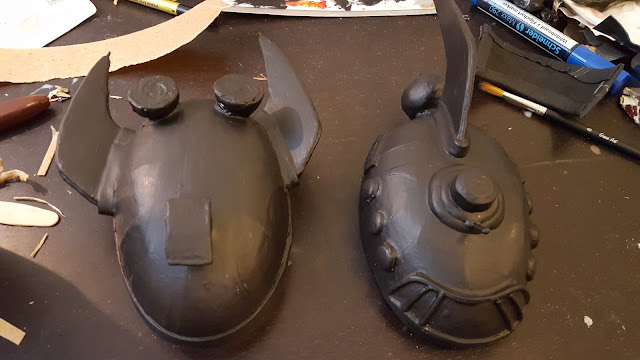 Base painting with acrylic paint. 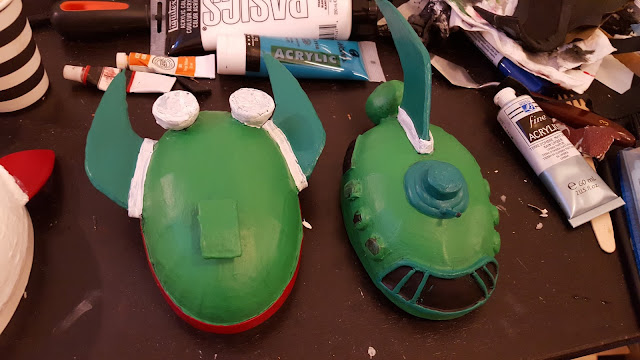 To get the gradients I wanted I tried out the good old airbrush, still with just watered out acrylic paint as my color. 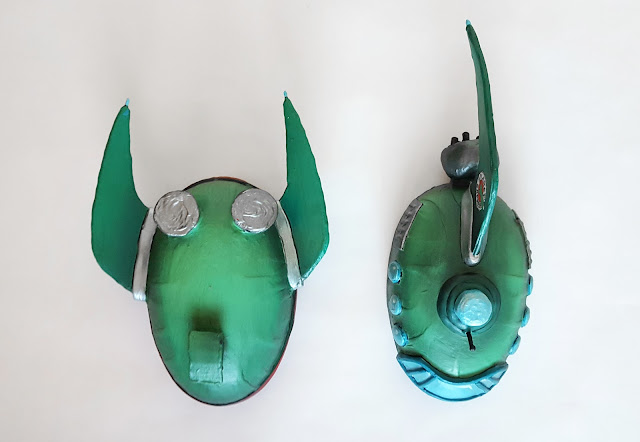 Good news everyone. It's done! 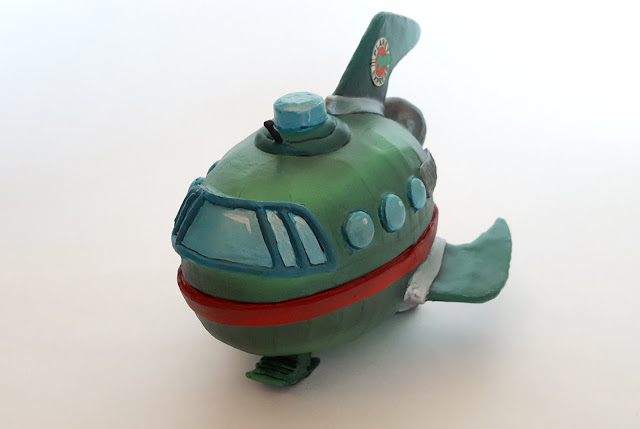 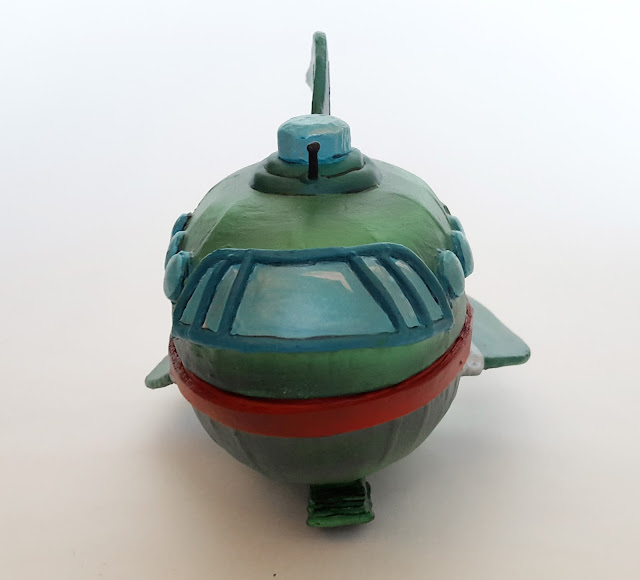 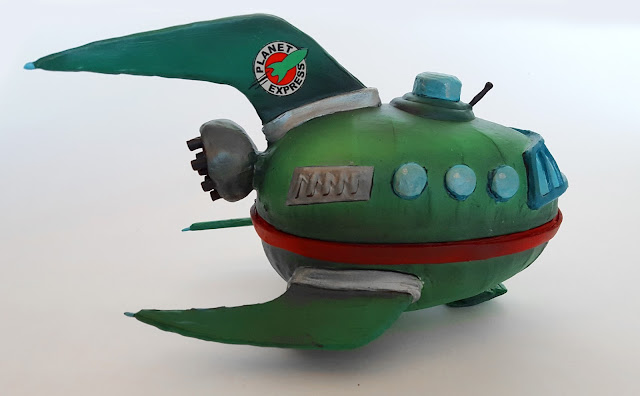 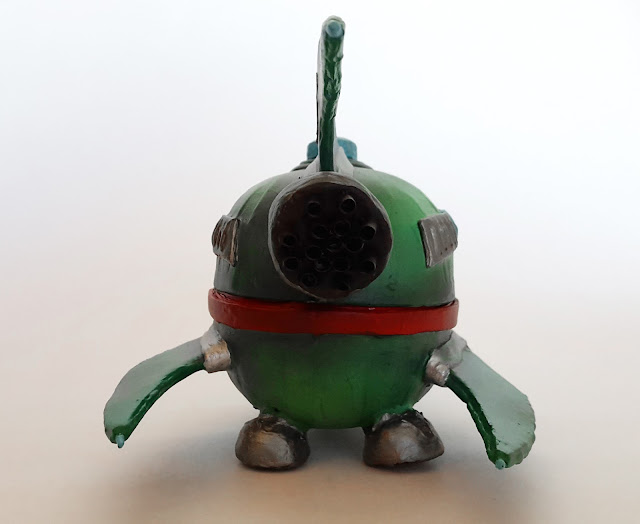 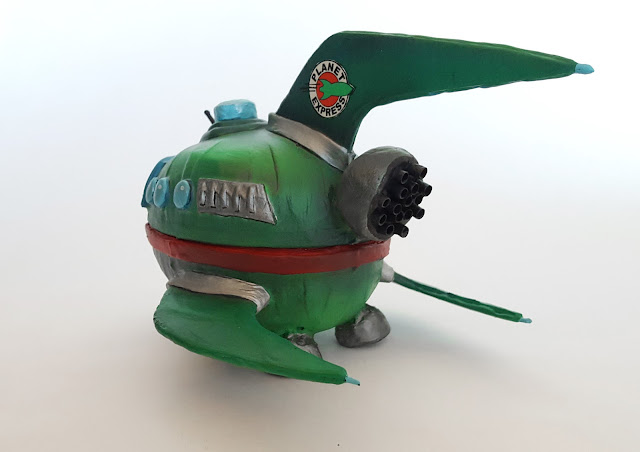 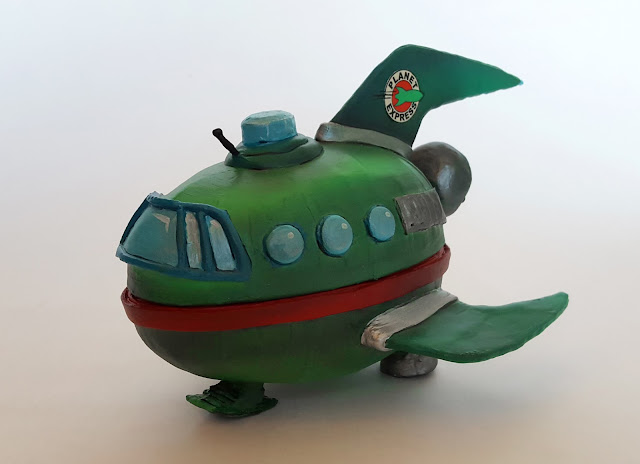 Emblem was just printed out and glued on with double sided tape. 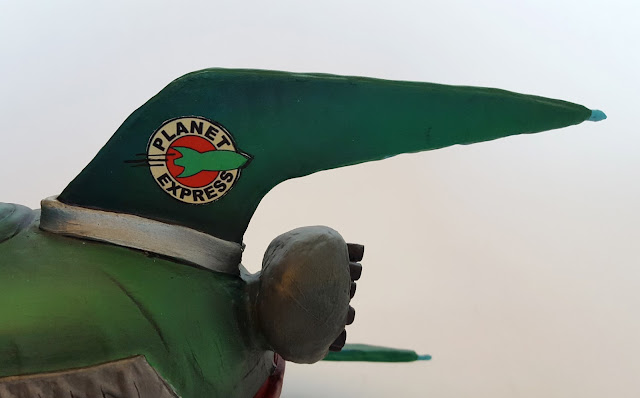 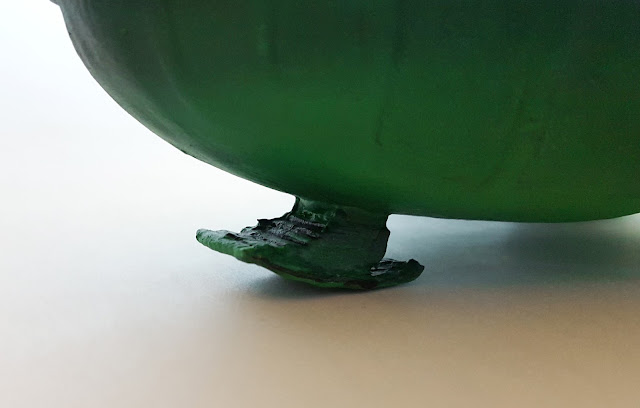 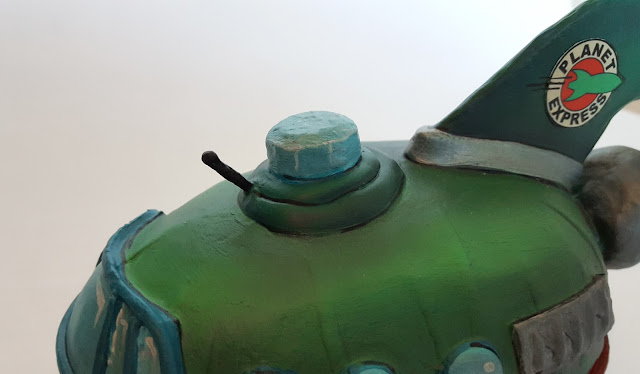