Before I started on this Cosplay I had only seen one other do it, and she ended up winning the Blizzcon contest in 2011, talk about though act to follow. She made her costumes to more of a "ball gown" where as I wanted a more couture look with mine, with a slimmer skirt inspired by in-game photos.

I have written tutorials for the head piece, shoulders and the chest armor. This is a sum up of the rest of the parts including:

The corset.
I have written several other tutorials about making corsets, but the details worth mentioning here is the stomach piece and the wiring. There is actually glowing wire here. (El wire) 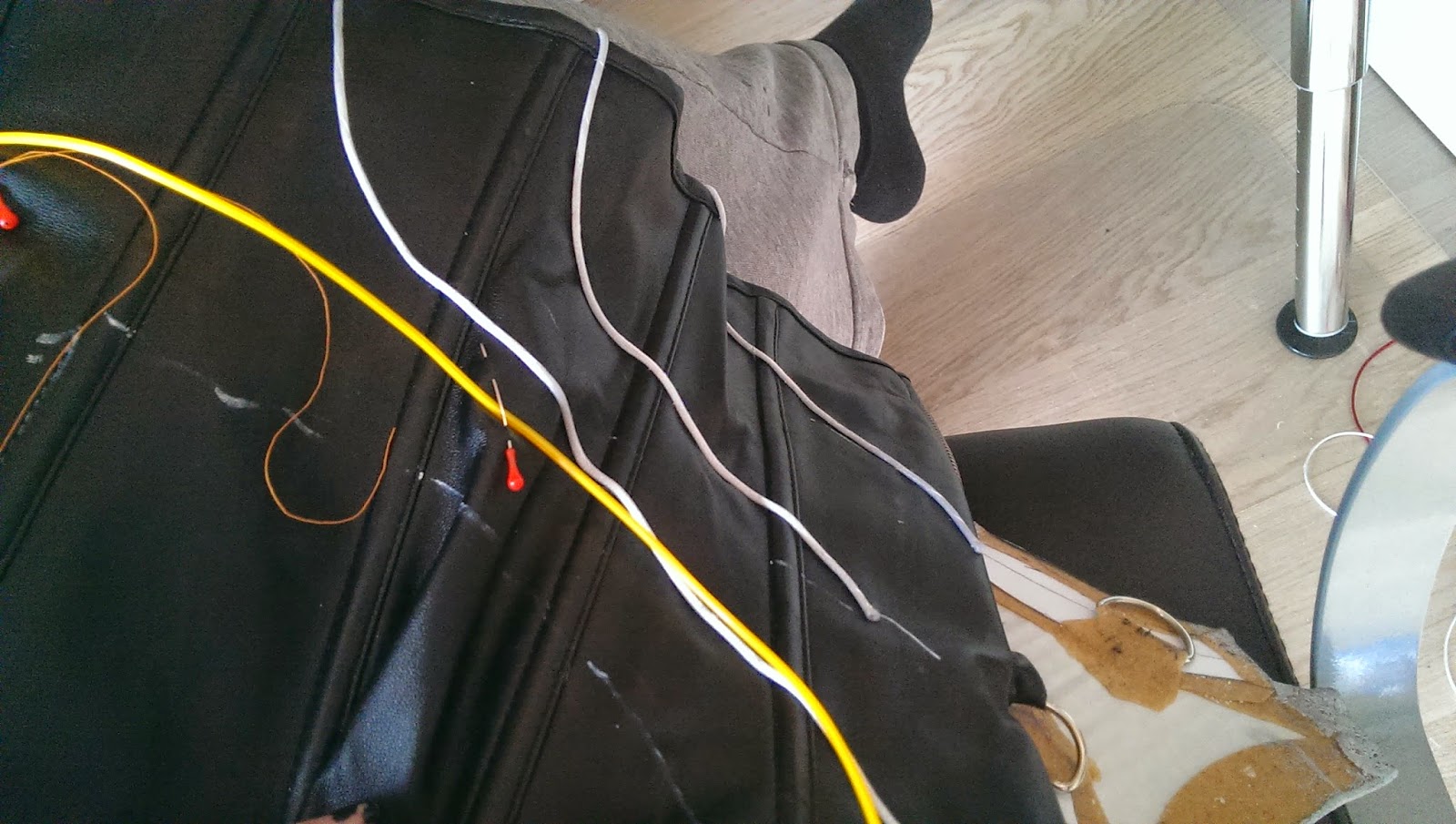 Adding a zipper in front so it would be easier to take on and off. And a small armor piece is attached with a D-ring and velcro. 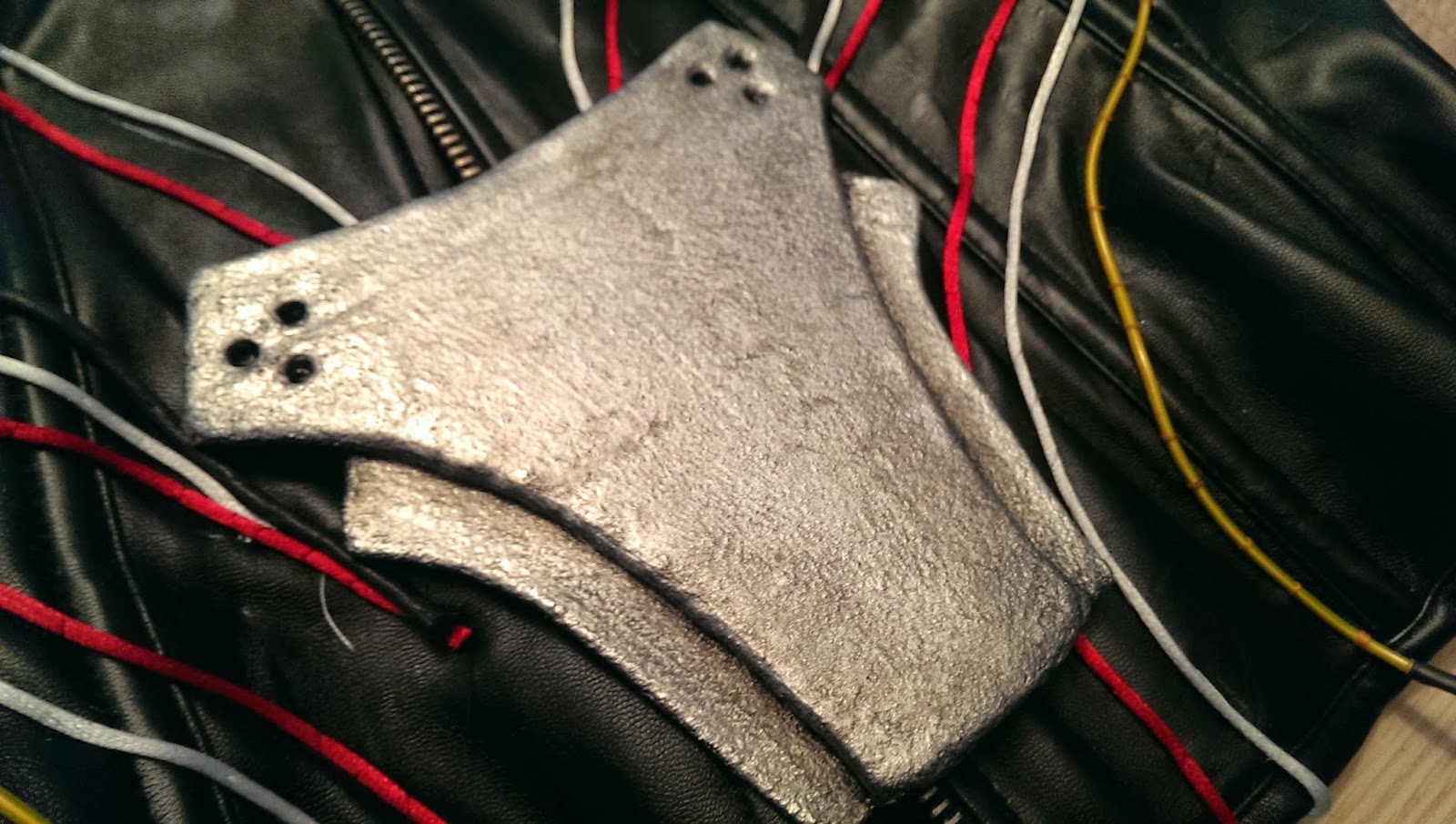 The neck corset.
So I didn't take any wip photos while making the pattern, but in theory I wrapped my sisters neck in tin foil, and added masking tape on top. Then I could draw out where I wanted the lines to go. Then cut it to pieces and I had my pattern. 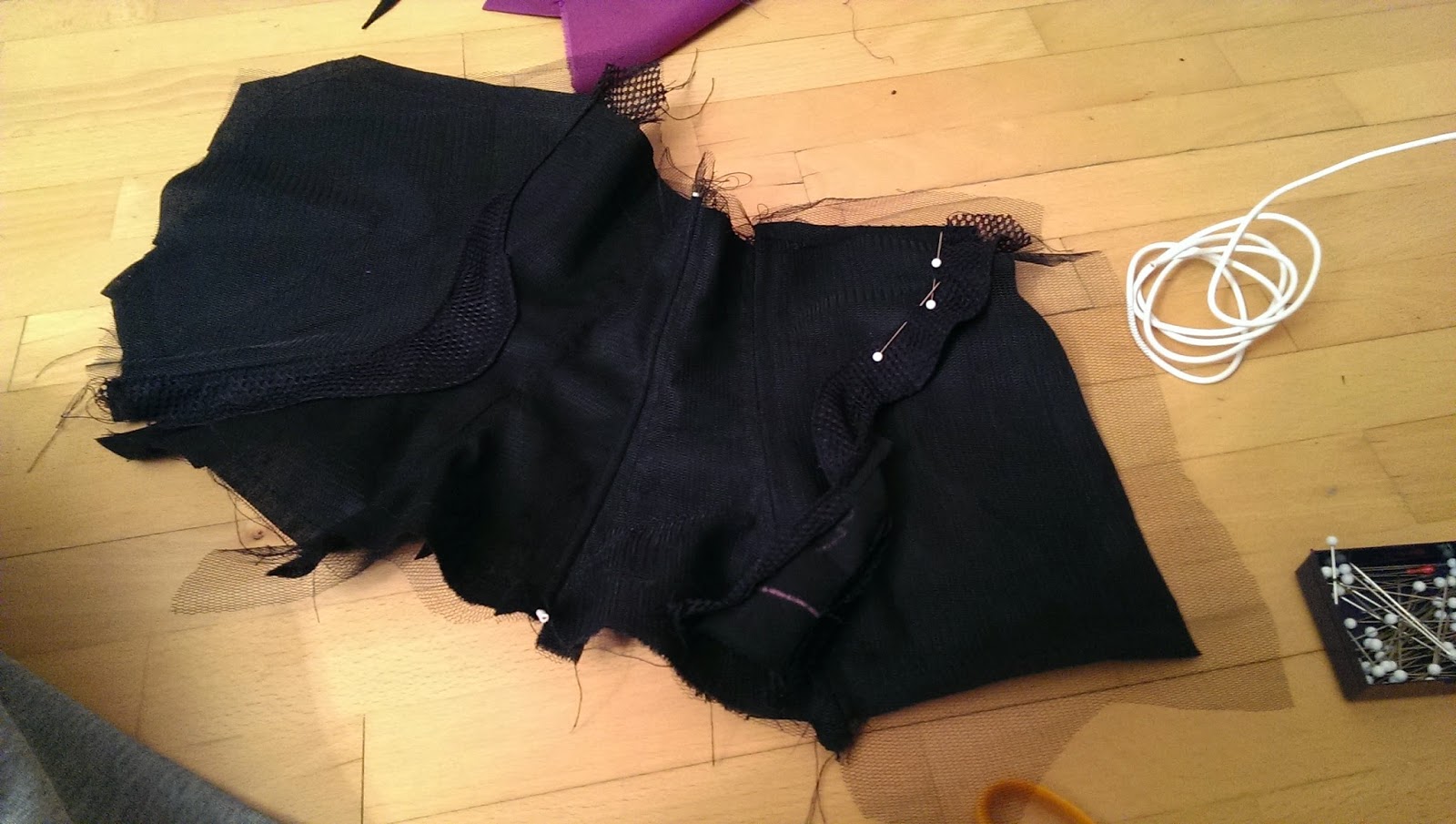 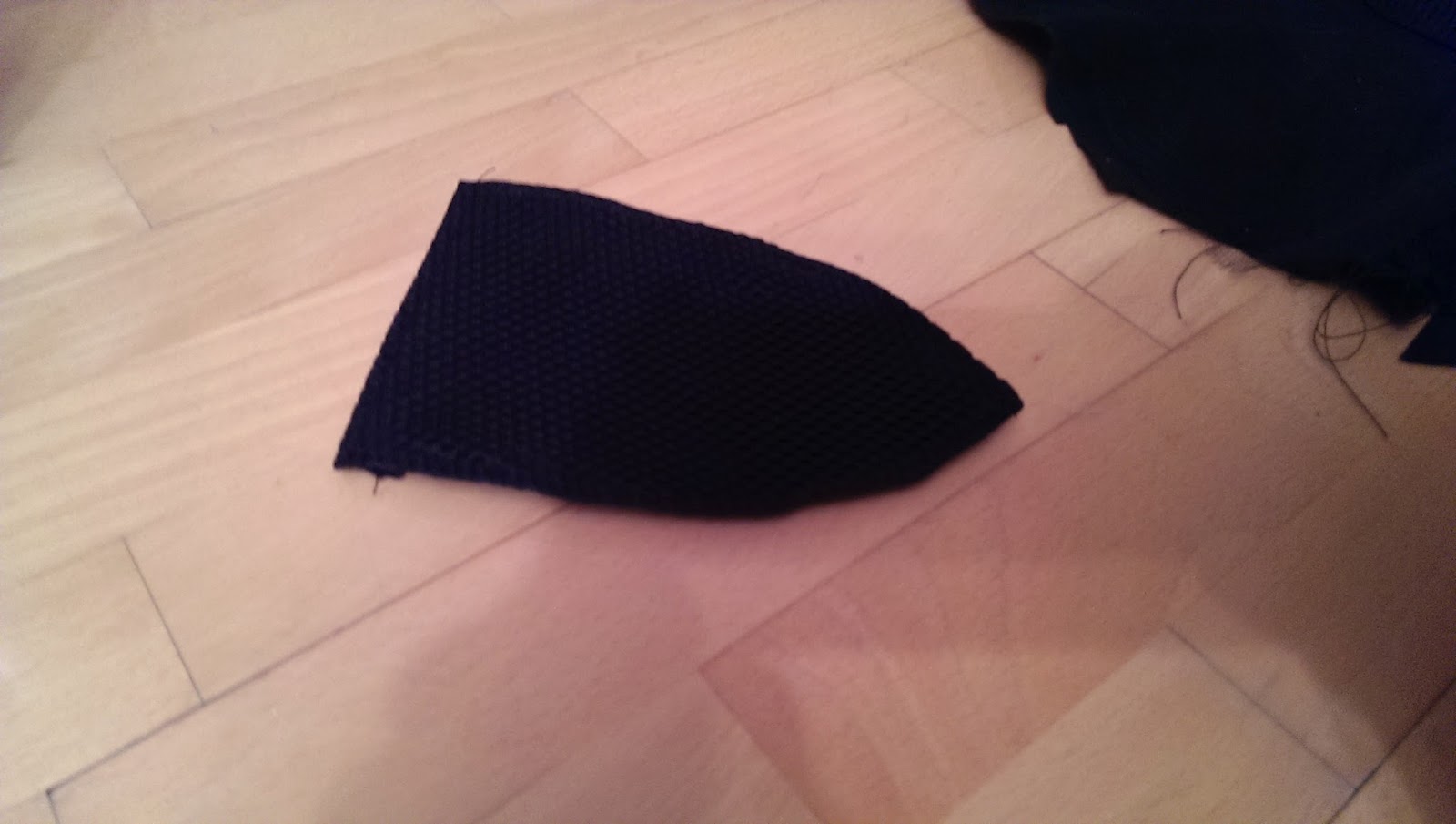 Finished. The boning are bits of wire and the method used is similar to how I make ordinary corsets. 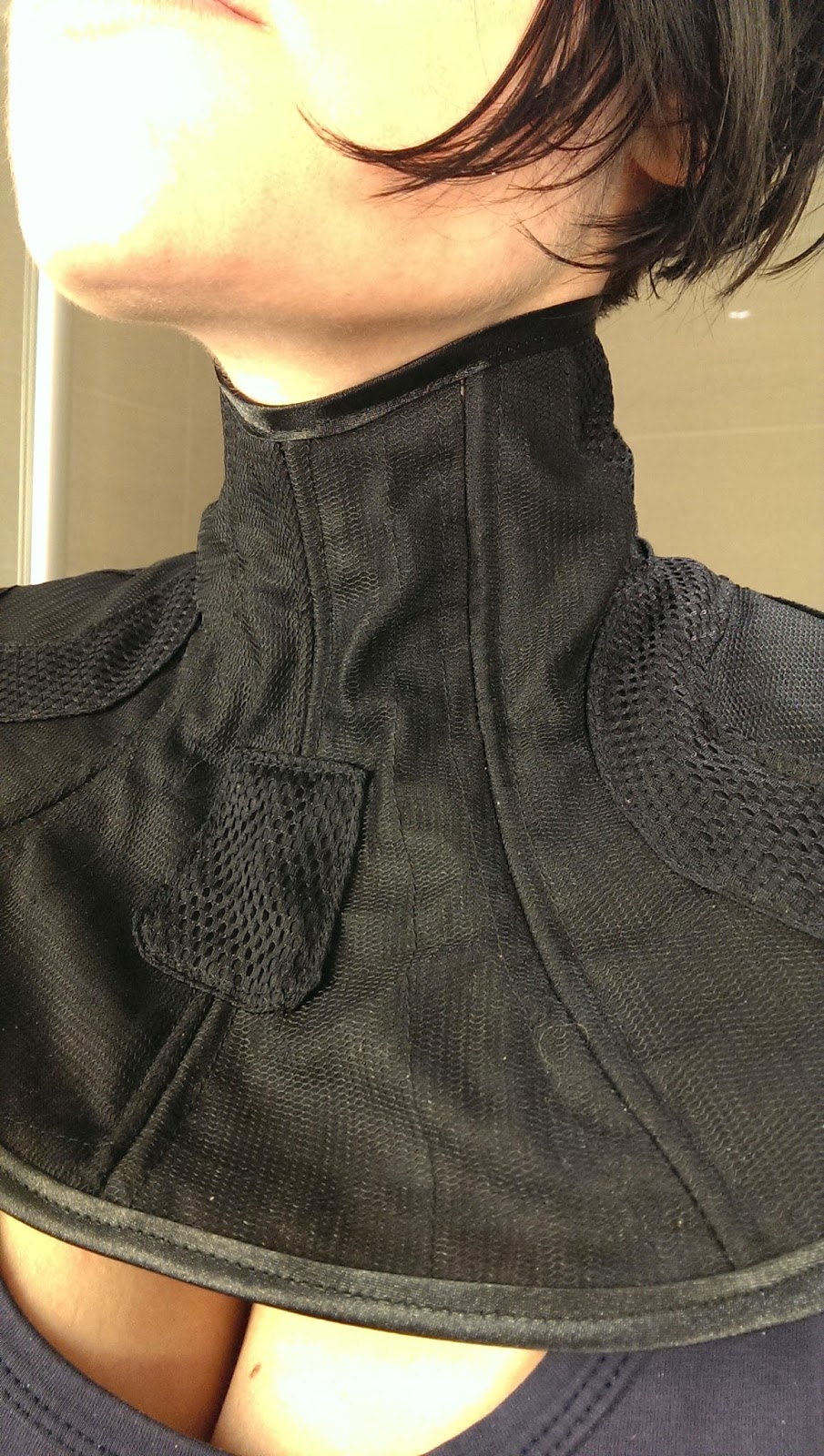 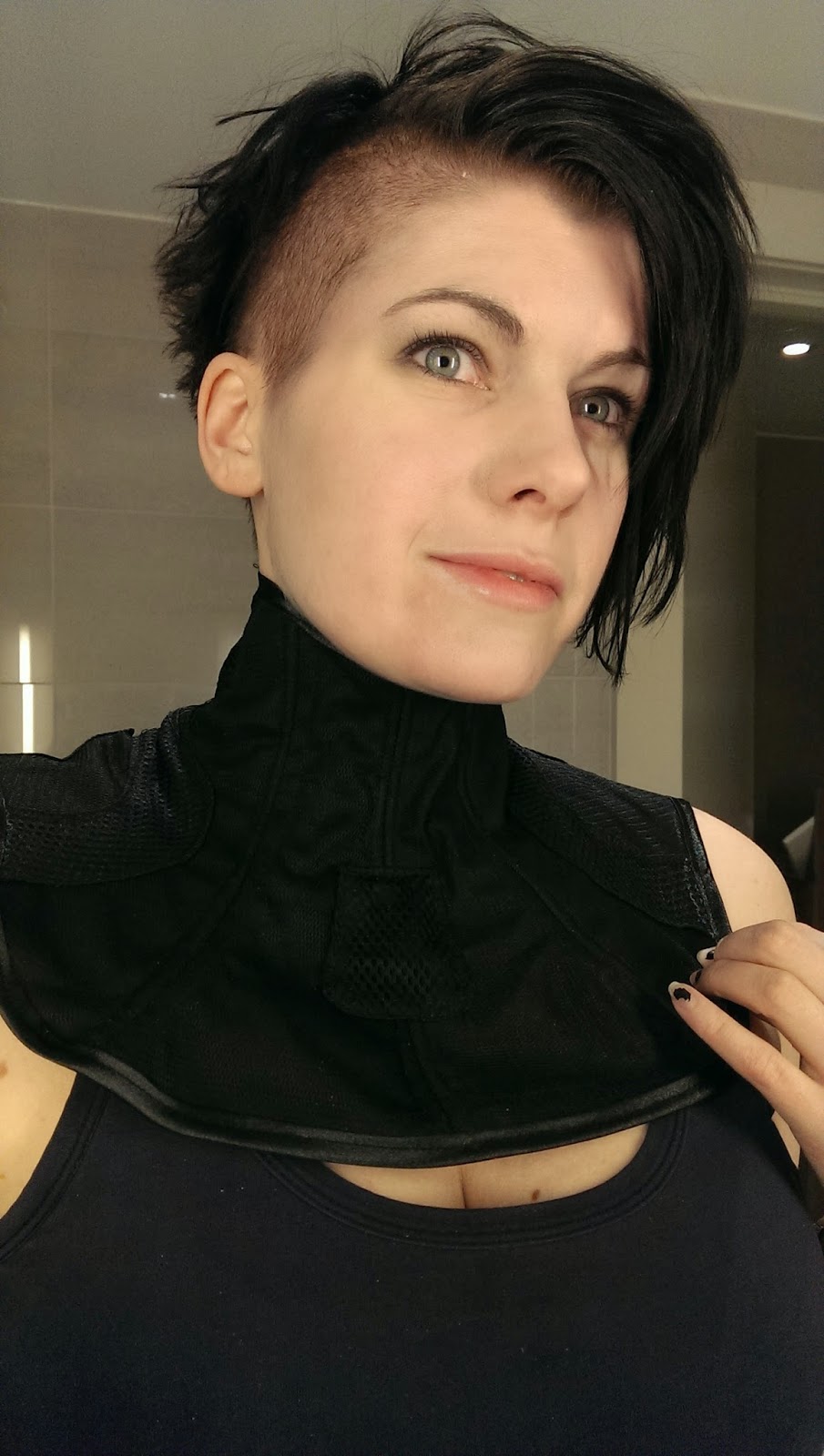 Makeup
This costume includes a lot of makeup, I don't have step by step photos (because I had very little time when I put it on the other times). First I need a gelatin prosthesis to cover my forehead and hairline so my face blends with the head piece. See this tutorial on how to make gelatin pieces. 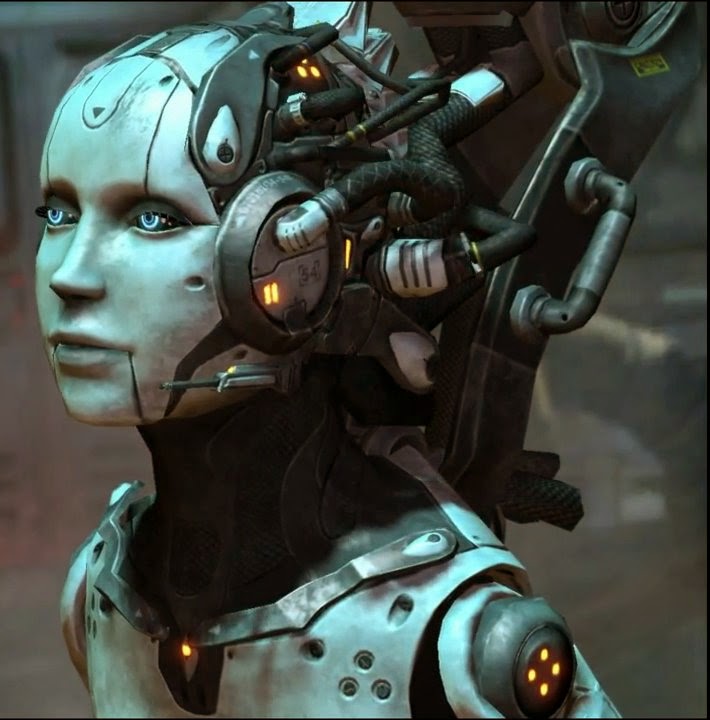 I used a grease base silver face paint, but to get it to "pop" i base coated my face with white creme makeup first.  And Kryolan it is. 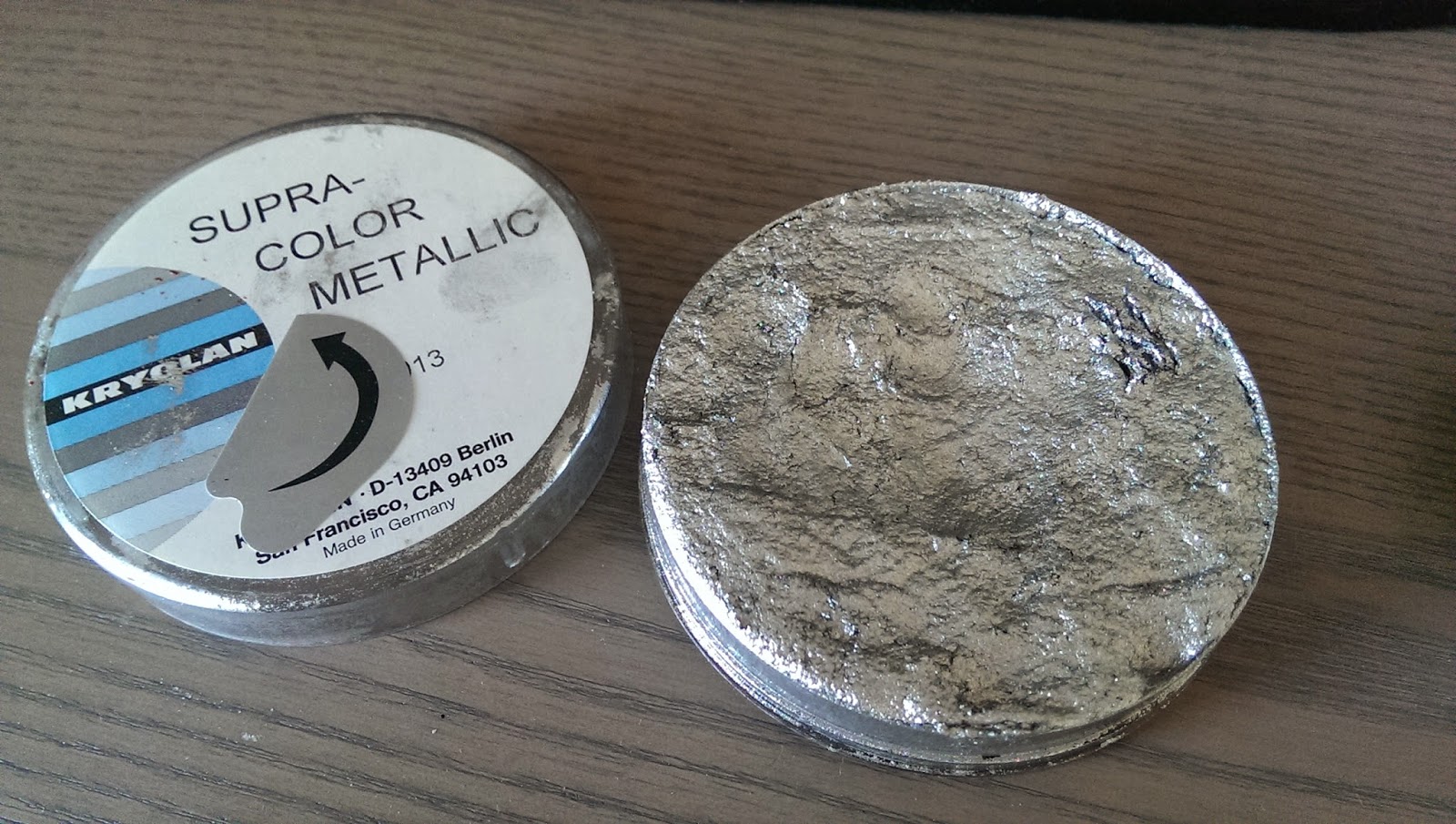 Then I added black details with a brush and water based color (easier to apply).

And last, the real job, with black and grey eye shadow add shadows along every line (along the nose, under the eyes, along the black lines). You also need to "dull" down that silver color so it matches the rest of the armor. Trial and error here guys.

Blue contacts and false eye lashes finish it up. Remember to seal with transparent powder and fixing spray. 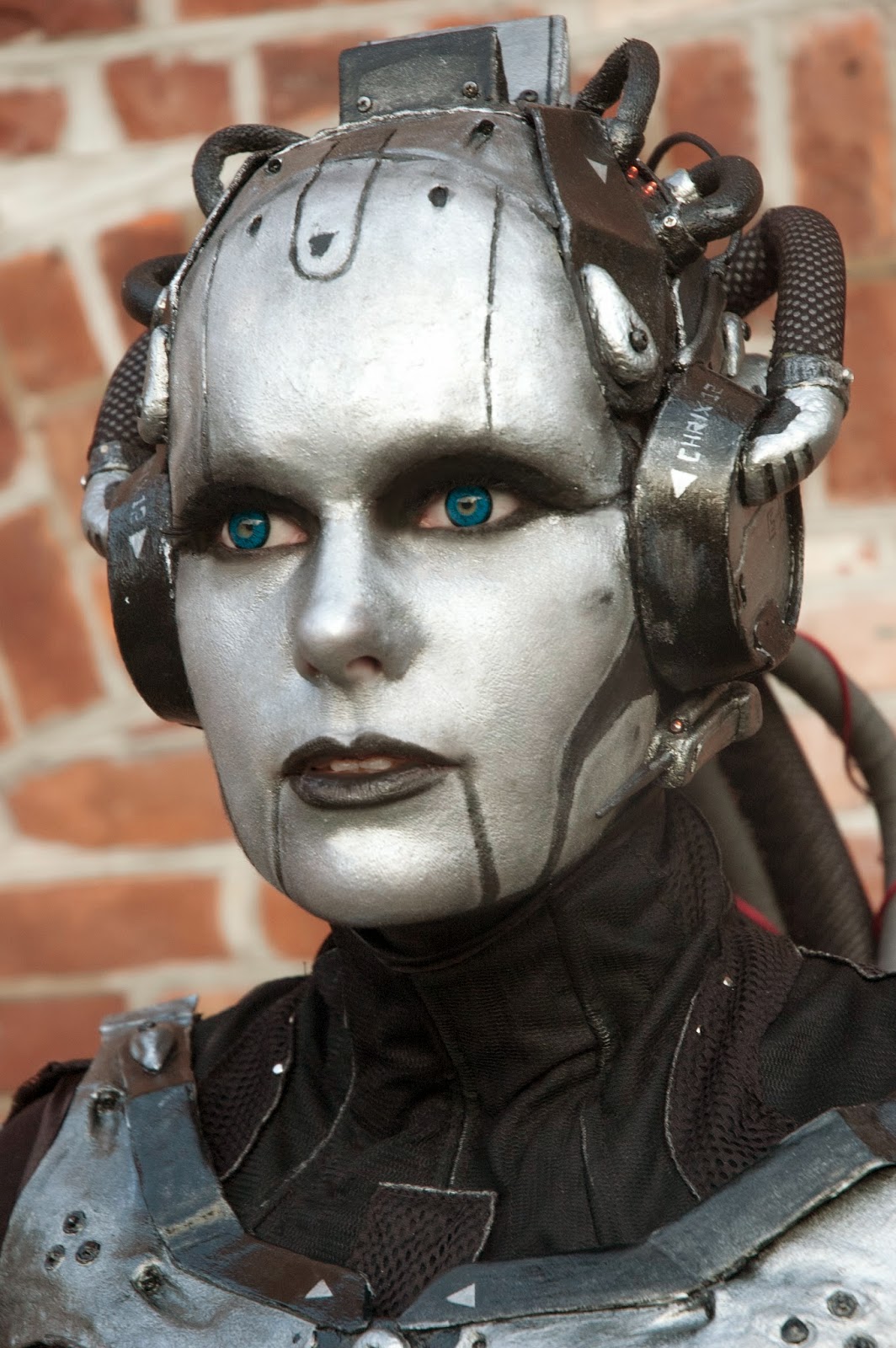 And just for you guys, funny photo of my taking off the head piece while the forehead is still stuck. 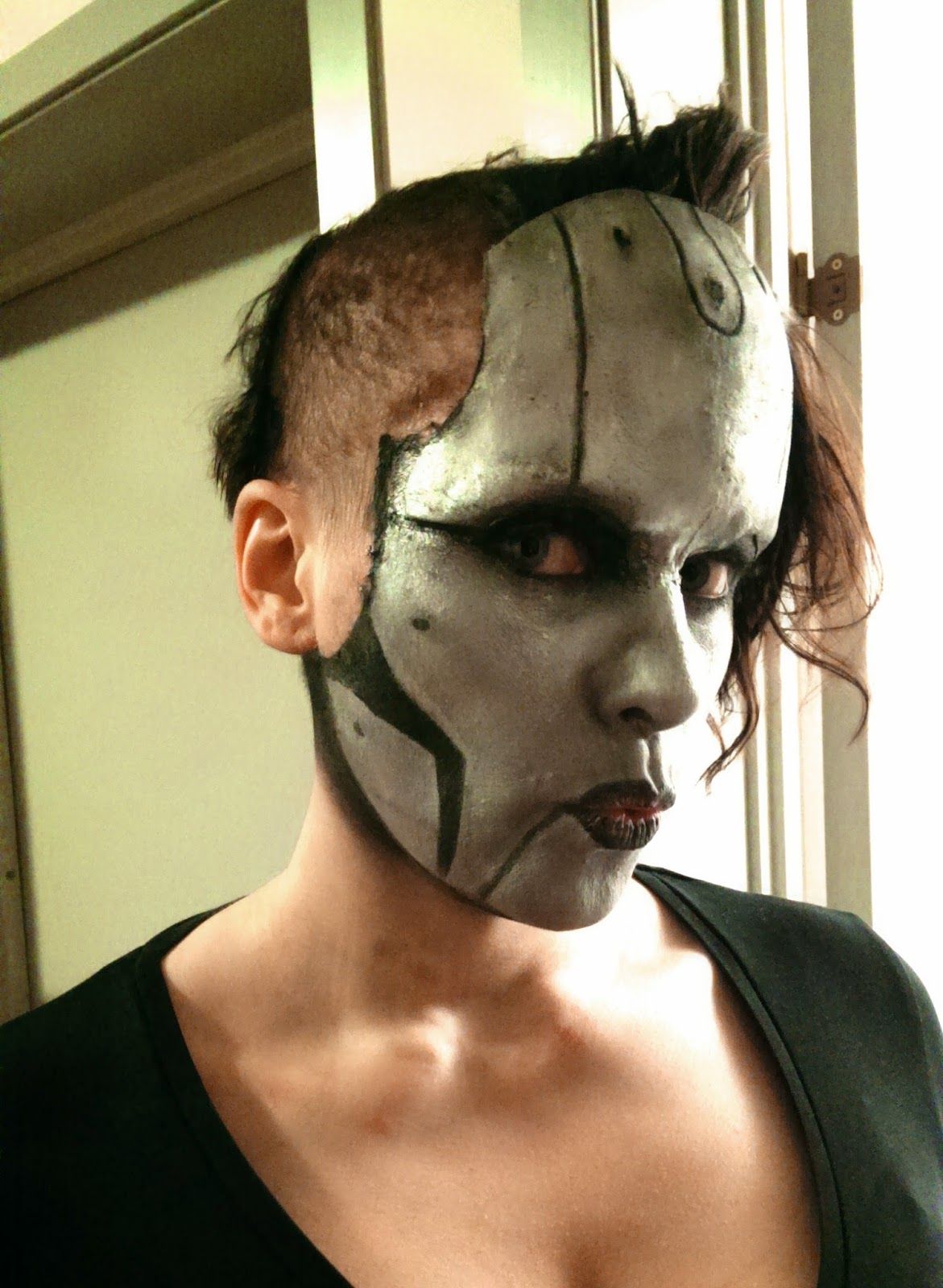 I am so tired here :p 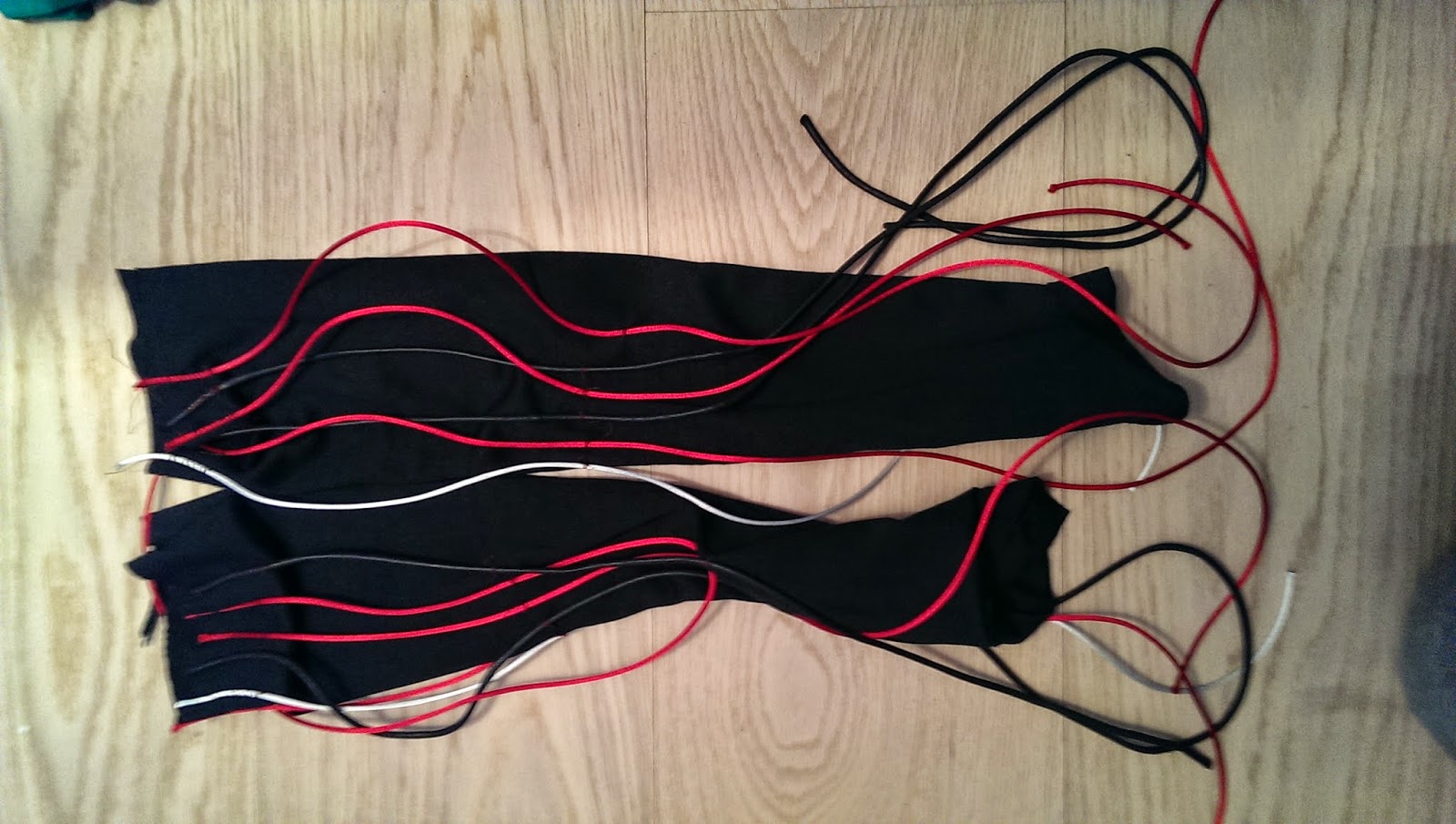 Wire skirt
Then we have the skirt. The best is worbla again, with a clip lock. Several attachment for the tubes are added. The tubes them selves are a type of isolation tubes, some of which I sew mesh fabric on. 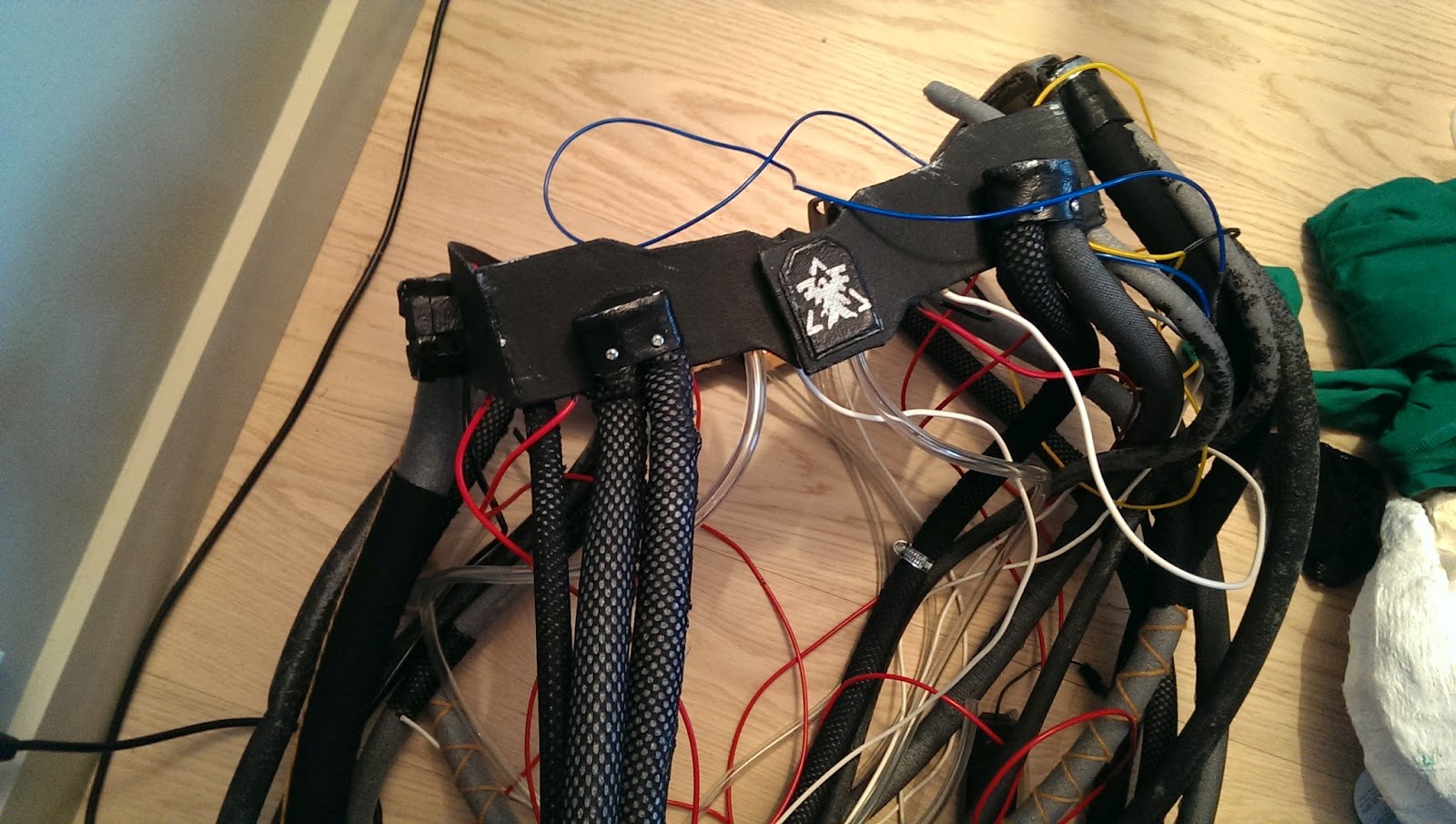 Not perfect, but I had to include the Terran emblem somewhere. (a little rough around the edges, but I didn't have a smaller brush atm) 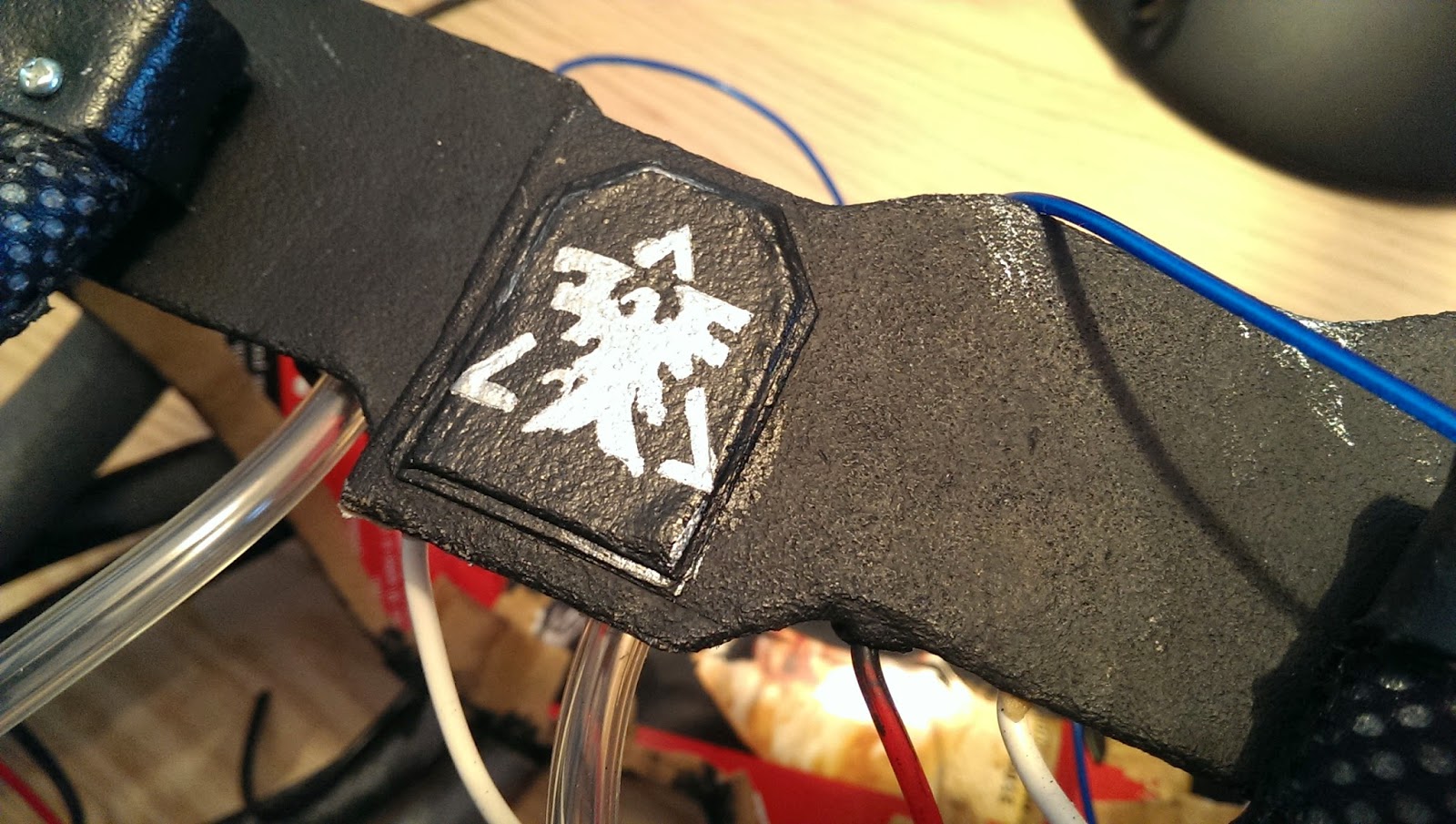 And I used my fab Black Milk leggings as a detail. When I update this I will definitely improve the skirt, need more tubes.