Thank you for a another fantastic year, this one has brought me so many new cosplay related experiences, new friends and a bunch of new costumes. 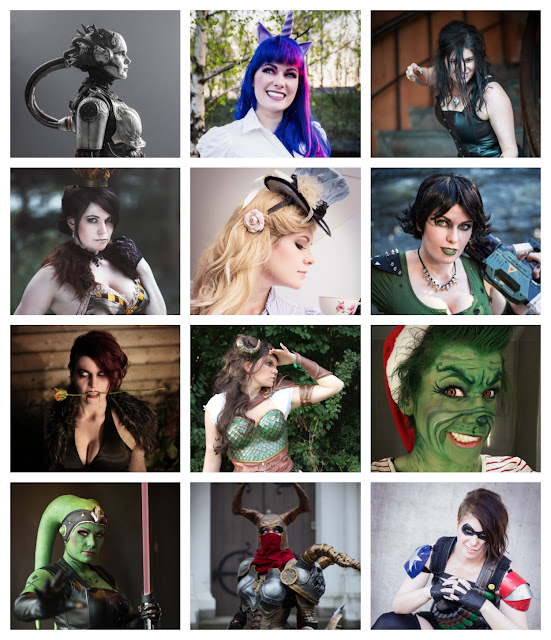 And as tradition I want to sum up what I have done and some of my experiences, and this is also a great overview of this years tutorials.

My first great achievement was finally completing the Adjutant cosplay from StarCraft 2 that I had wanted to do for ages. And I even won a few amazing prizes and got to meet Yaya Han and Kamui at DreamHack while wearing it. See makeup video here. 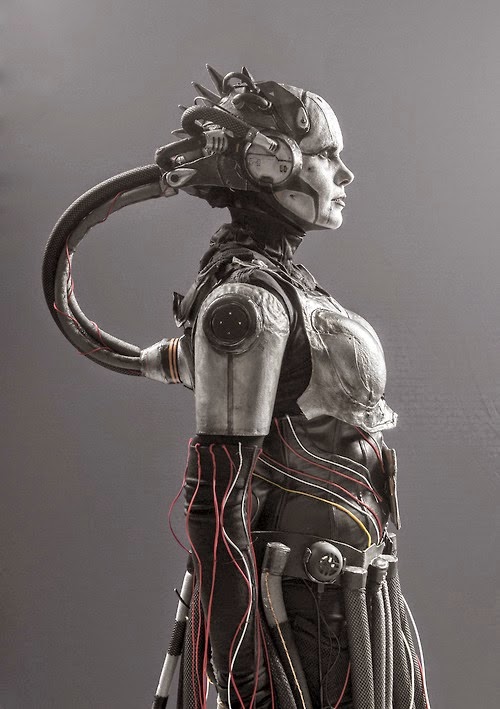 Besides doing a few big and detailed cosplays I focused this year a lot on fast cosplays where cheap materials were used (eg. cardboard), mostly to show that it is possible to make cool stuff no matter how much money you have to spend :) 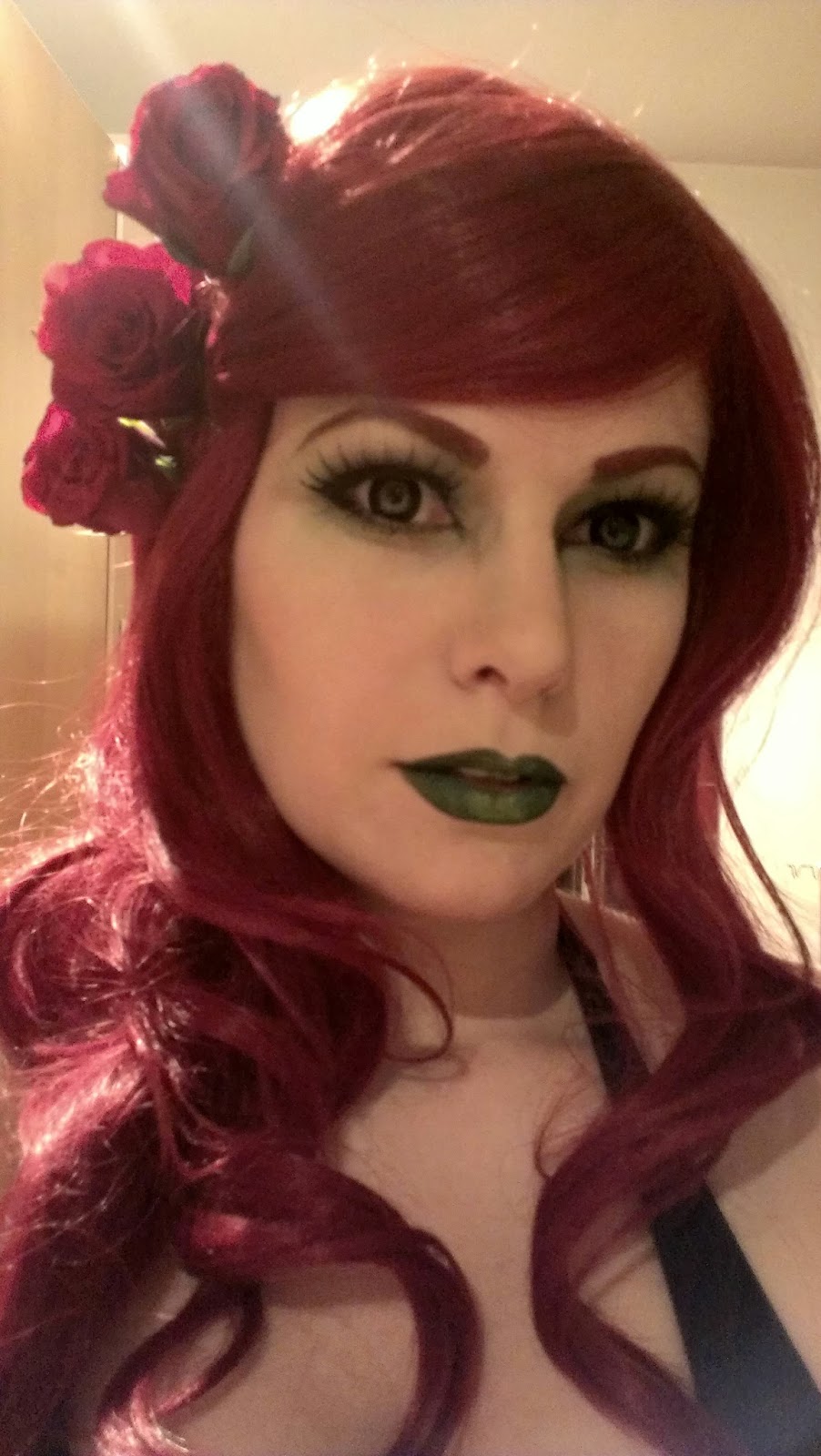 Bellatrix Lestrange was another costume made with little funds and lots of excising clothing, and the idea came to me just because I had messy hair one morning. 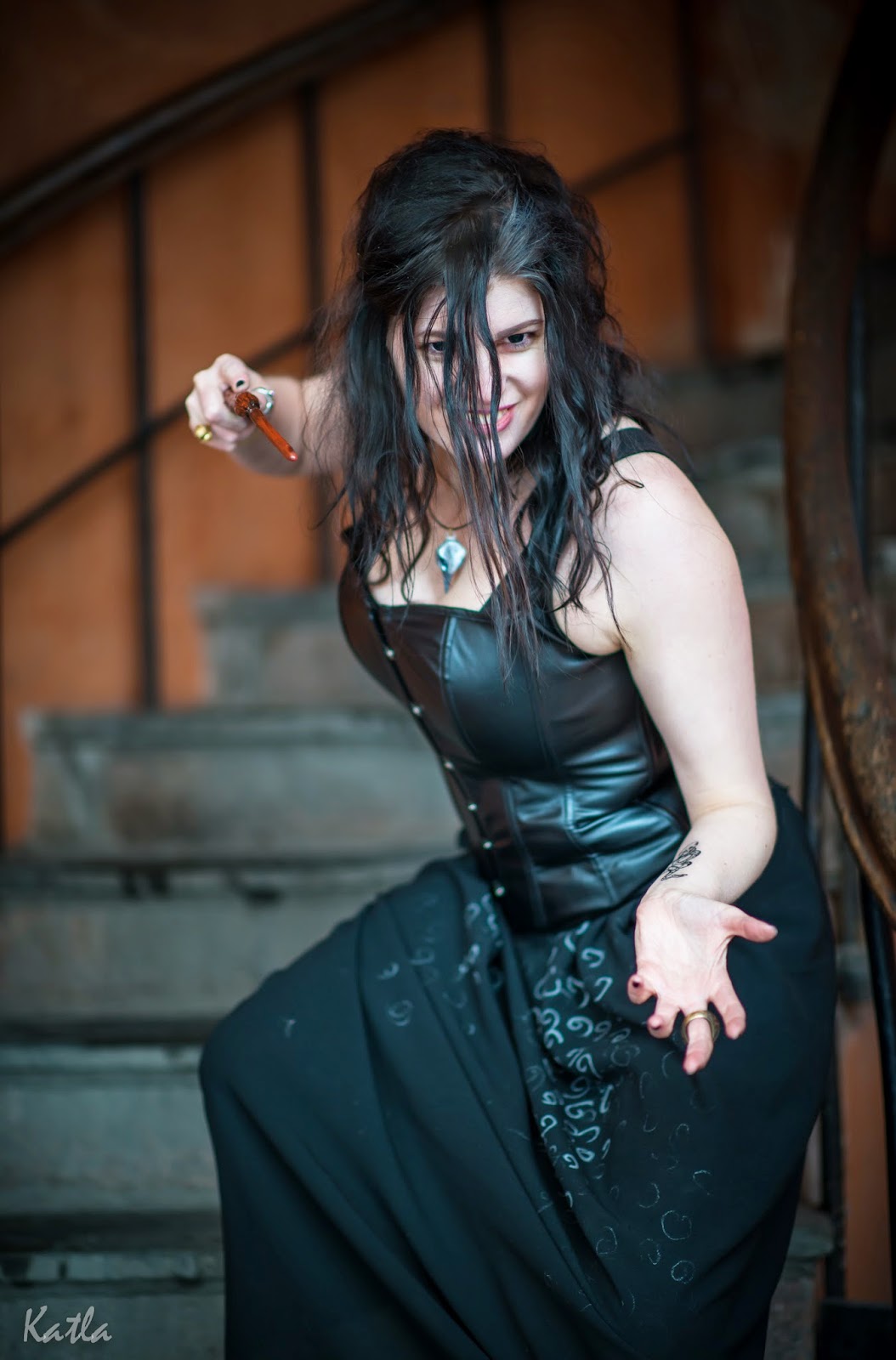 I joined a My Little Pony group, as group cosplay is always fun. I went as Twilight Sparkle, but I have to say, not the costume I felt the most comfortable wearing. Might sell this one. 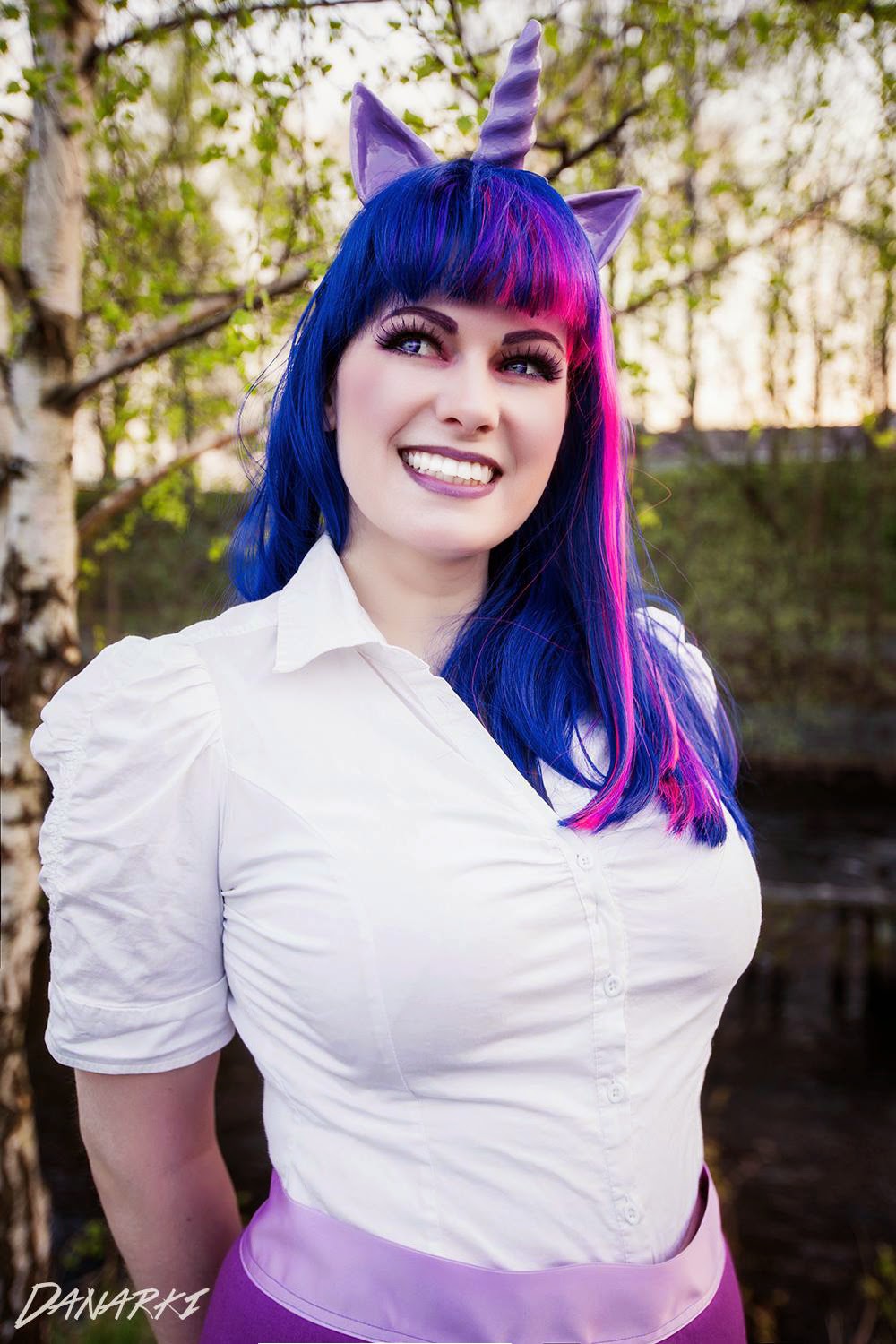 For the release party of the cosplay issue of the magazine Pegasus (featuring your truly) I dressed up as a Party Asari together with Karin Olava and Bettcanard. 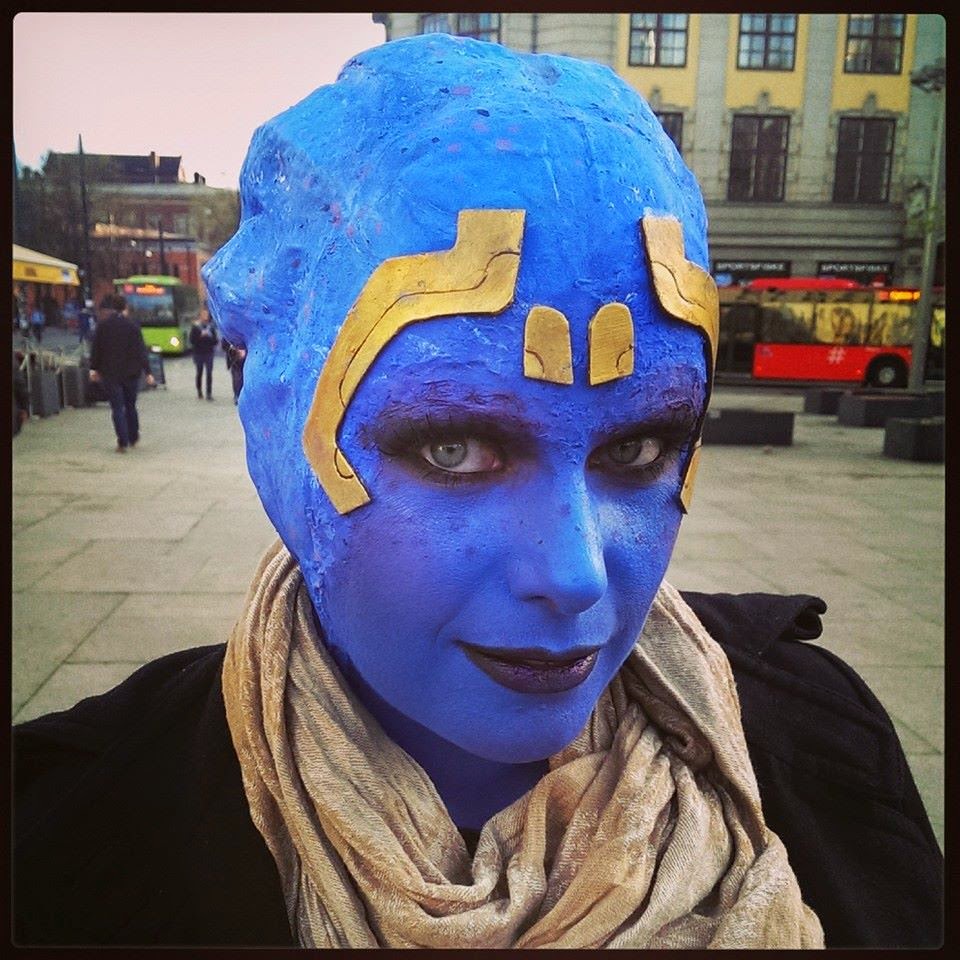 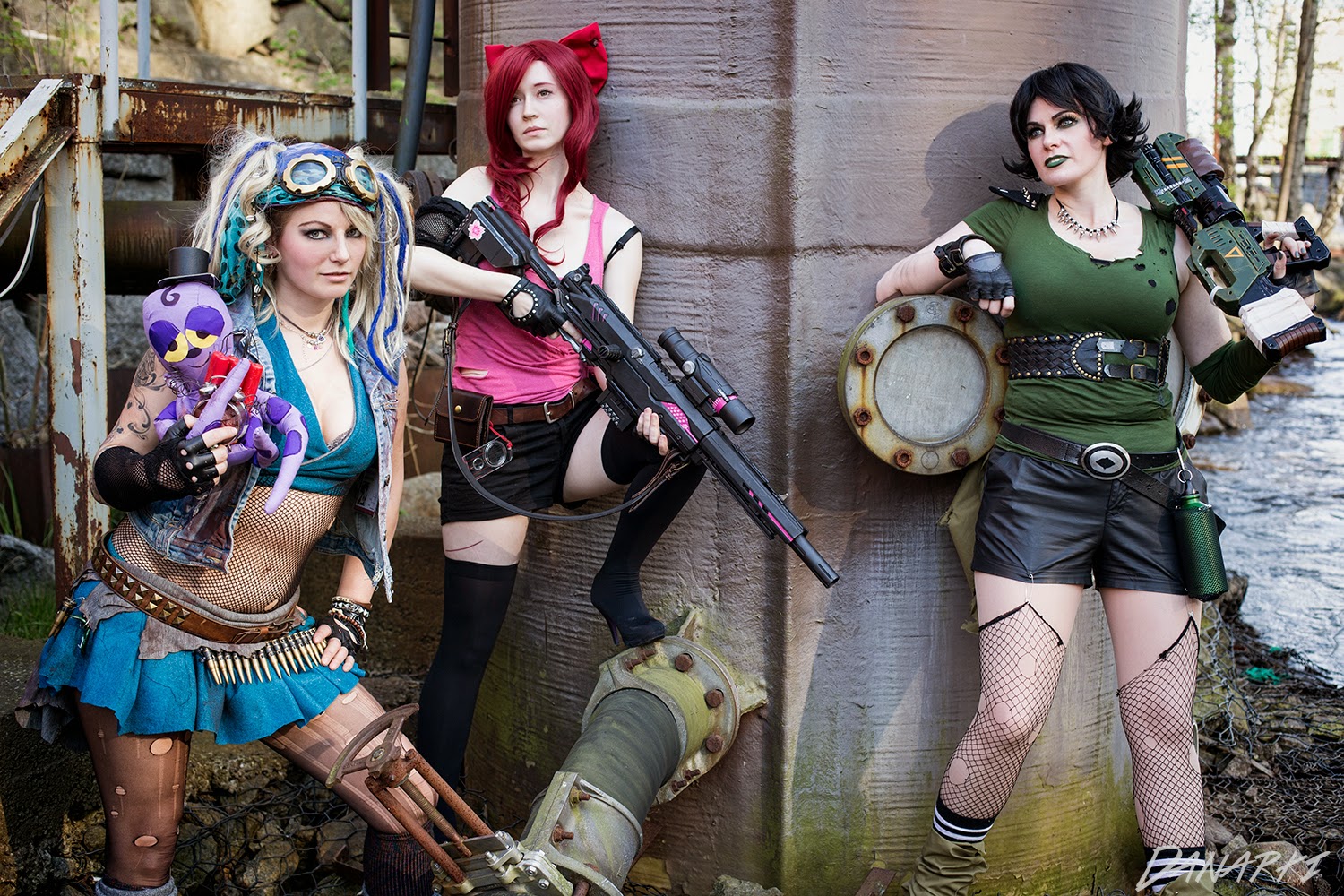 The Bee Queen was a complete costume I designed and made myself, and I love how it turned out. 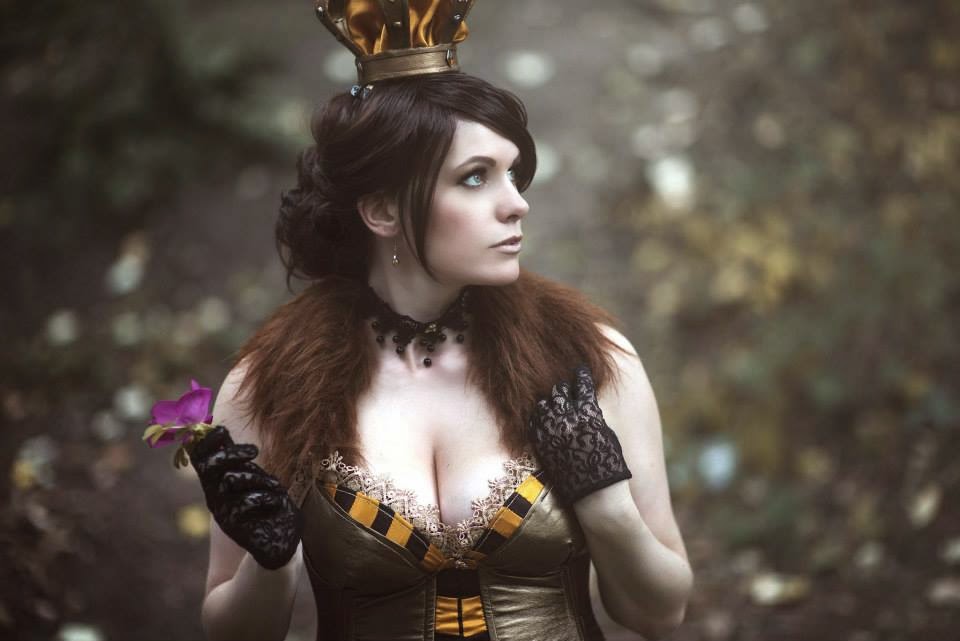 I love being dressed up as an alien, this is my take on a Twi'lek Sith Lord, and I will definitely use the Lekku more often next year. 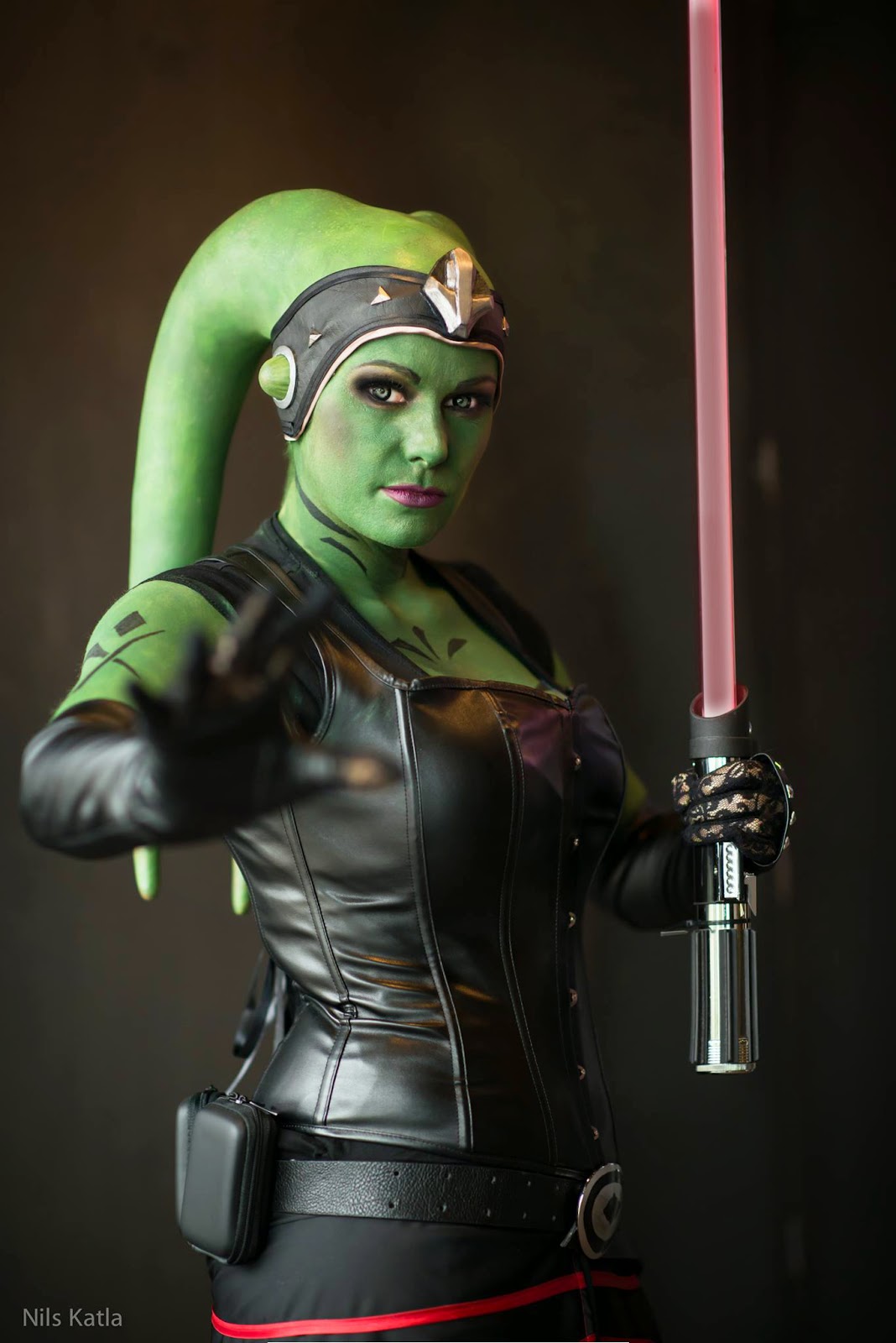 And another group cosplay with my amazing sister Bettcanard. I was the Comedian from Watchmen (Genderbend)while she was Silk Spectre. 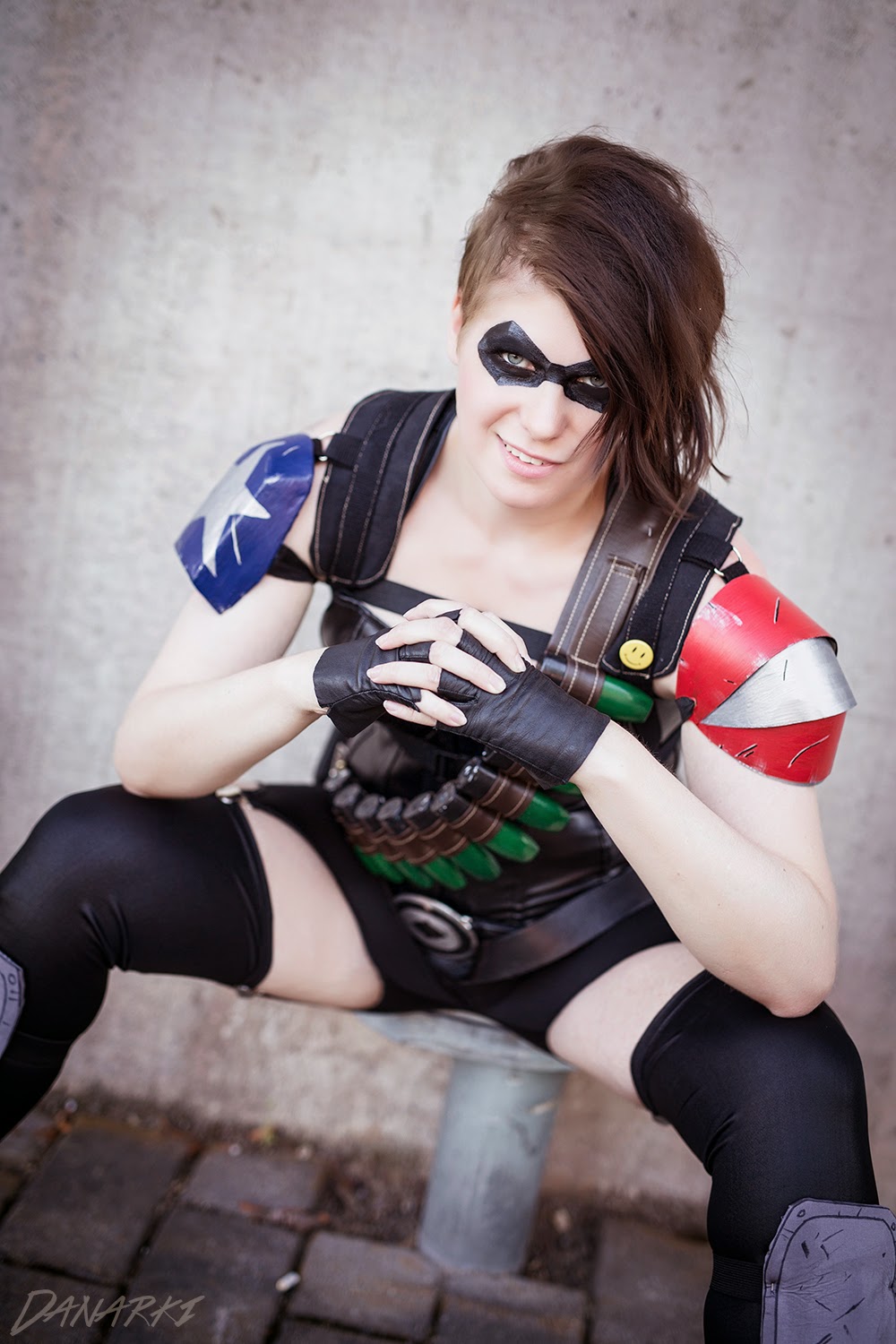 As another personal challenge to myself I made a Dragon Warrior named "Cardboard" because the armor and weapons are made out of cardboard. 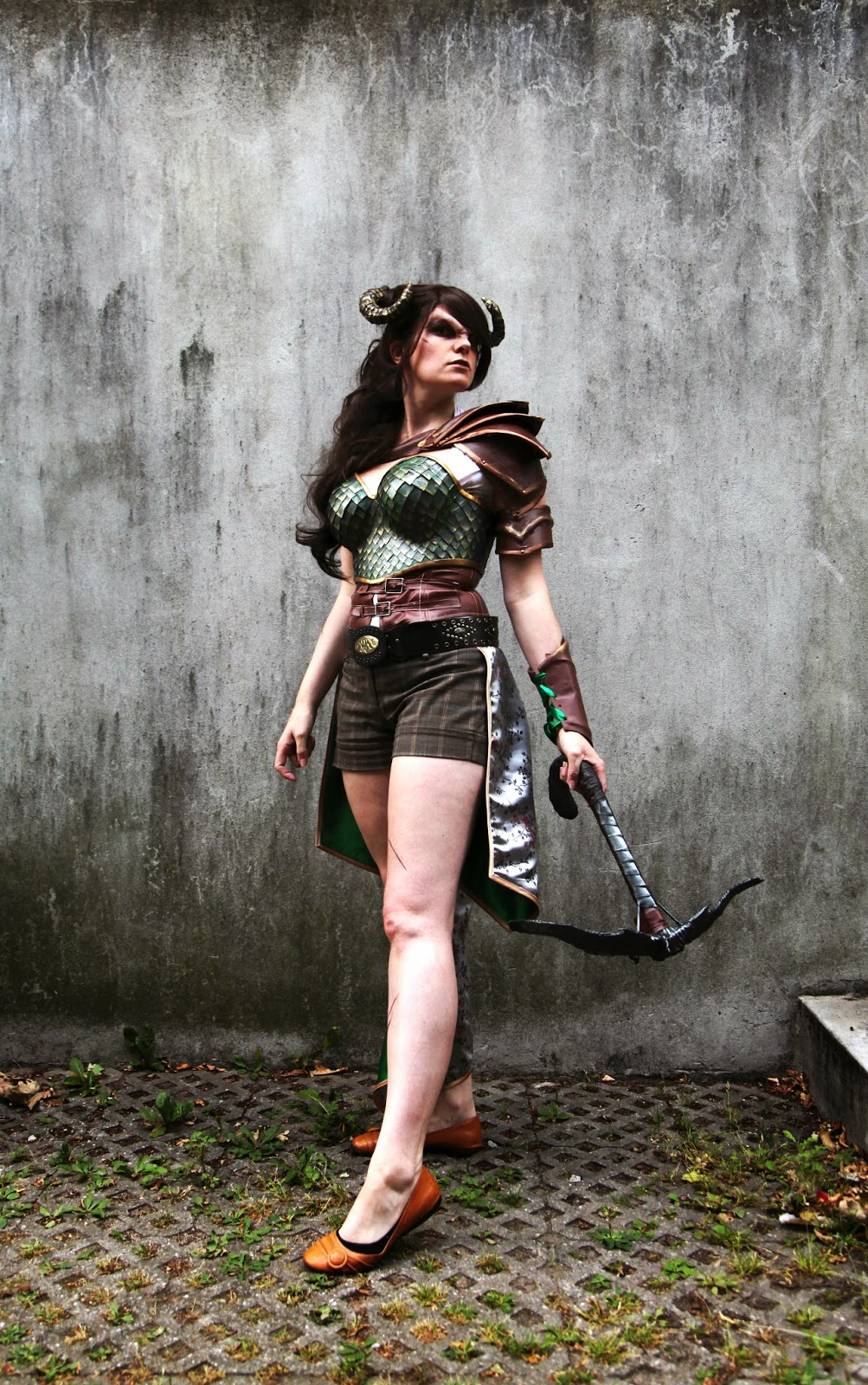 "Blue Vi" was an original take on a new skin for Vi from League of Legends. 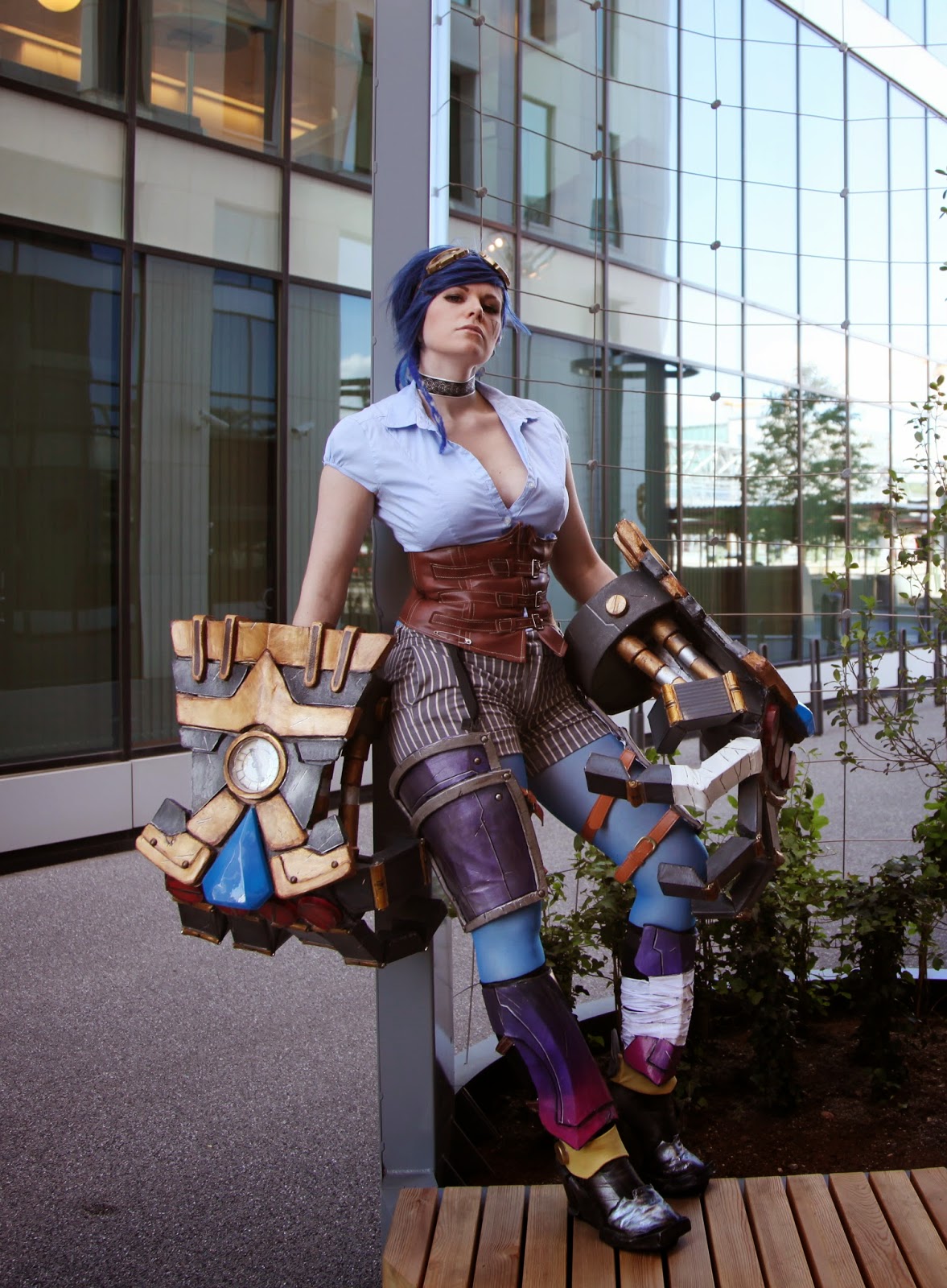 I love Alice in Wonderland, I want to cosplay every version of her. This time is was a steampunk version. 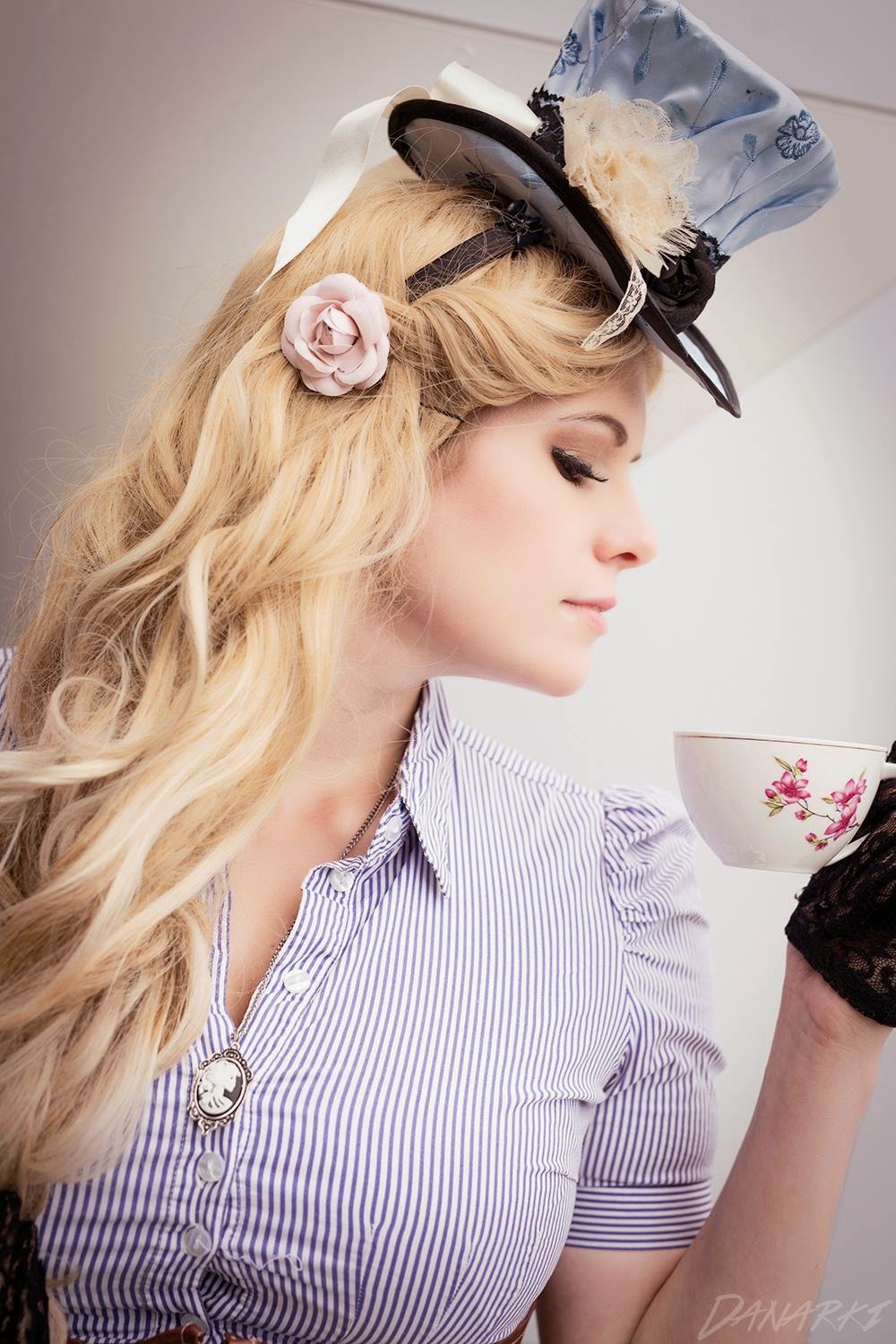 A little upgrade on my Skyrim armor, I'm going to have the most amazing photoshoot in the woods with Bettcanard and Karin Olava Effects, just need a little more snow now. 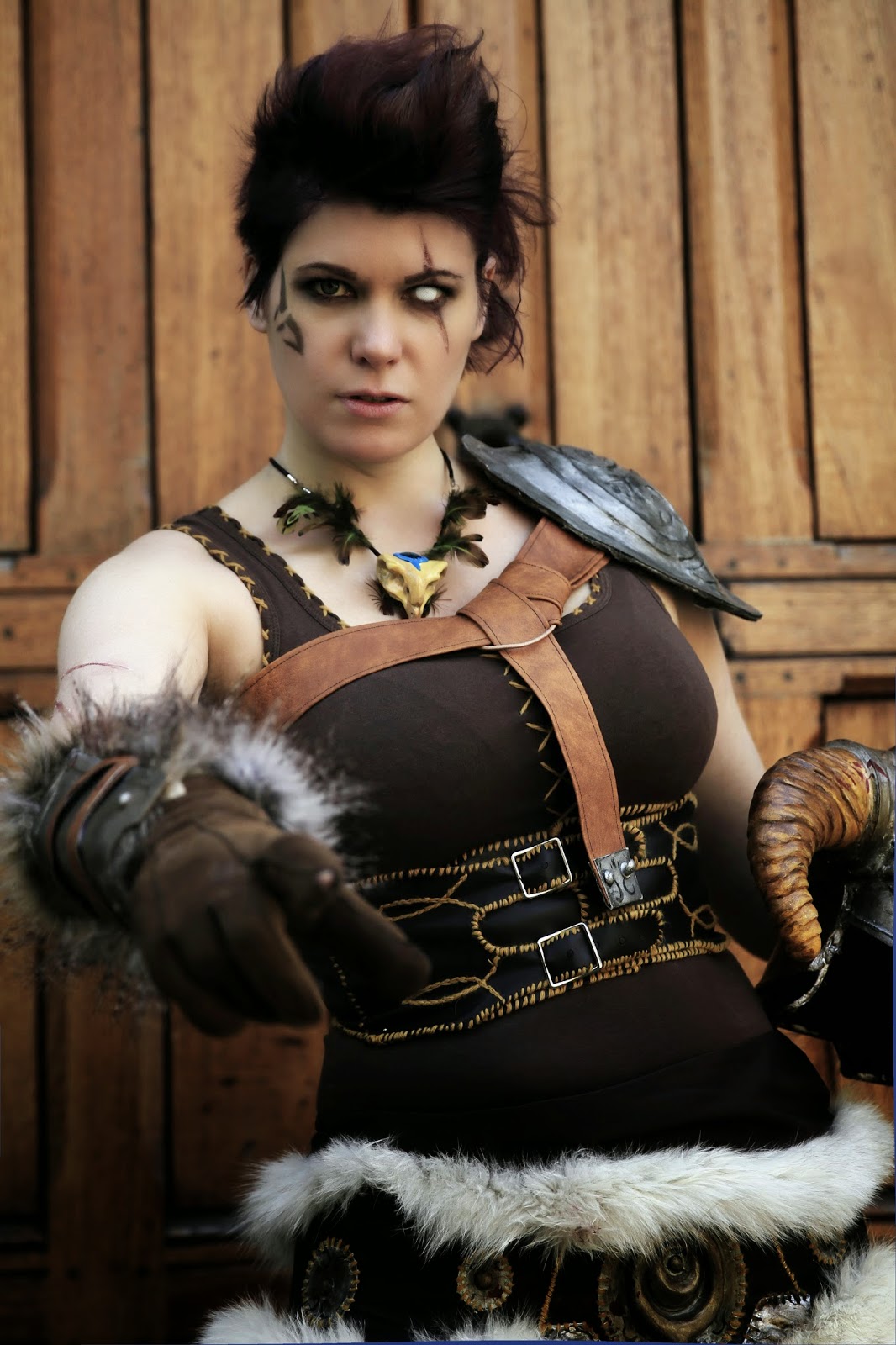 And an upgrade on my Morrigan outfit, all the little silver flies are now added. Can't wait to go to another photoshoot, one again with Bettcanard and Karin Olava Effects (must be the only those who survive the constant cosplay talk). 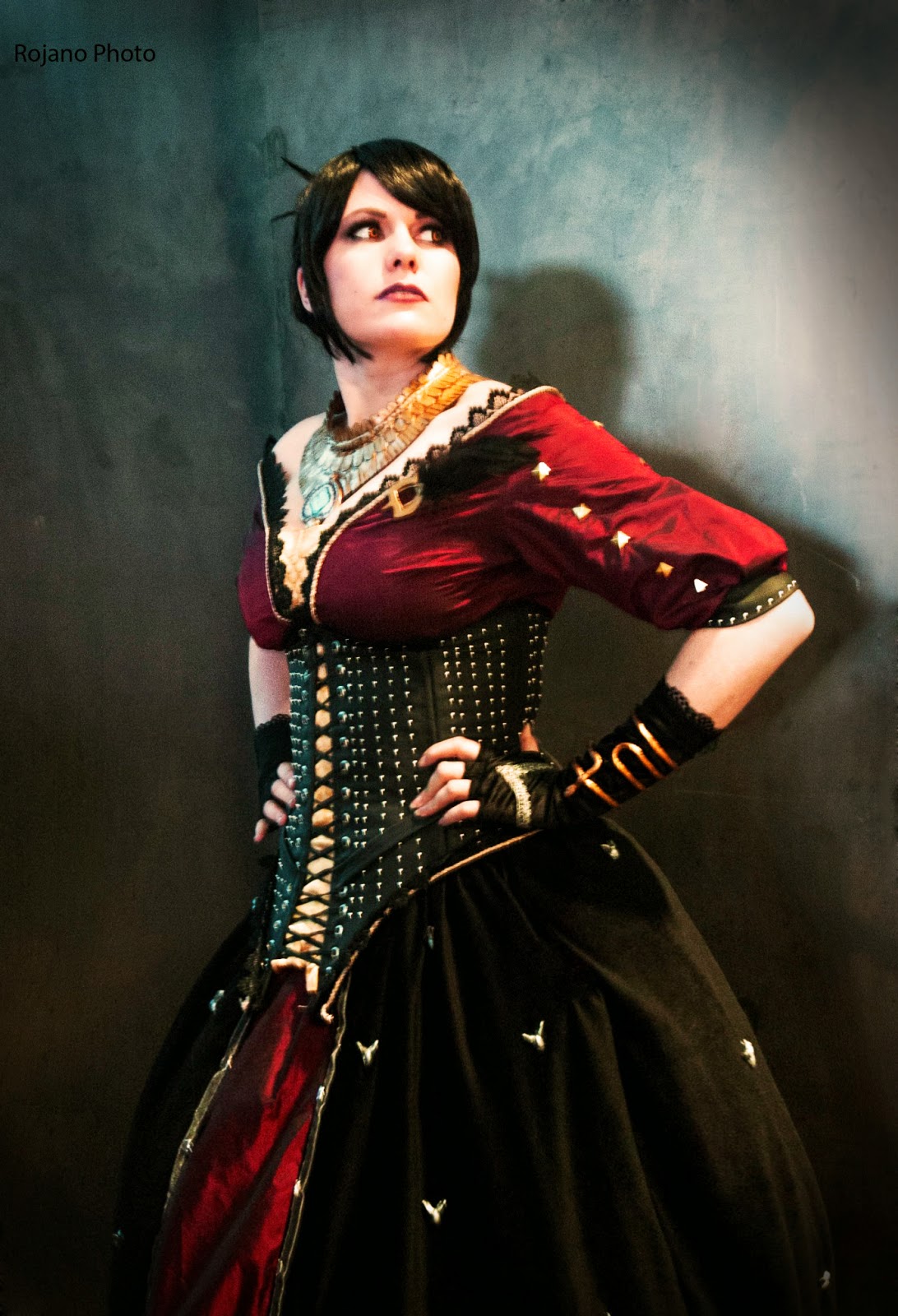 Mystique from x-men was another fast cosplay where I mostly just wanted to wear the white mesh lenses again. (get the most out of every part of you cosplay, lenses aren't cheap) 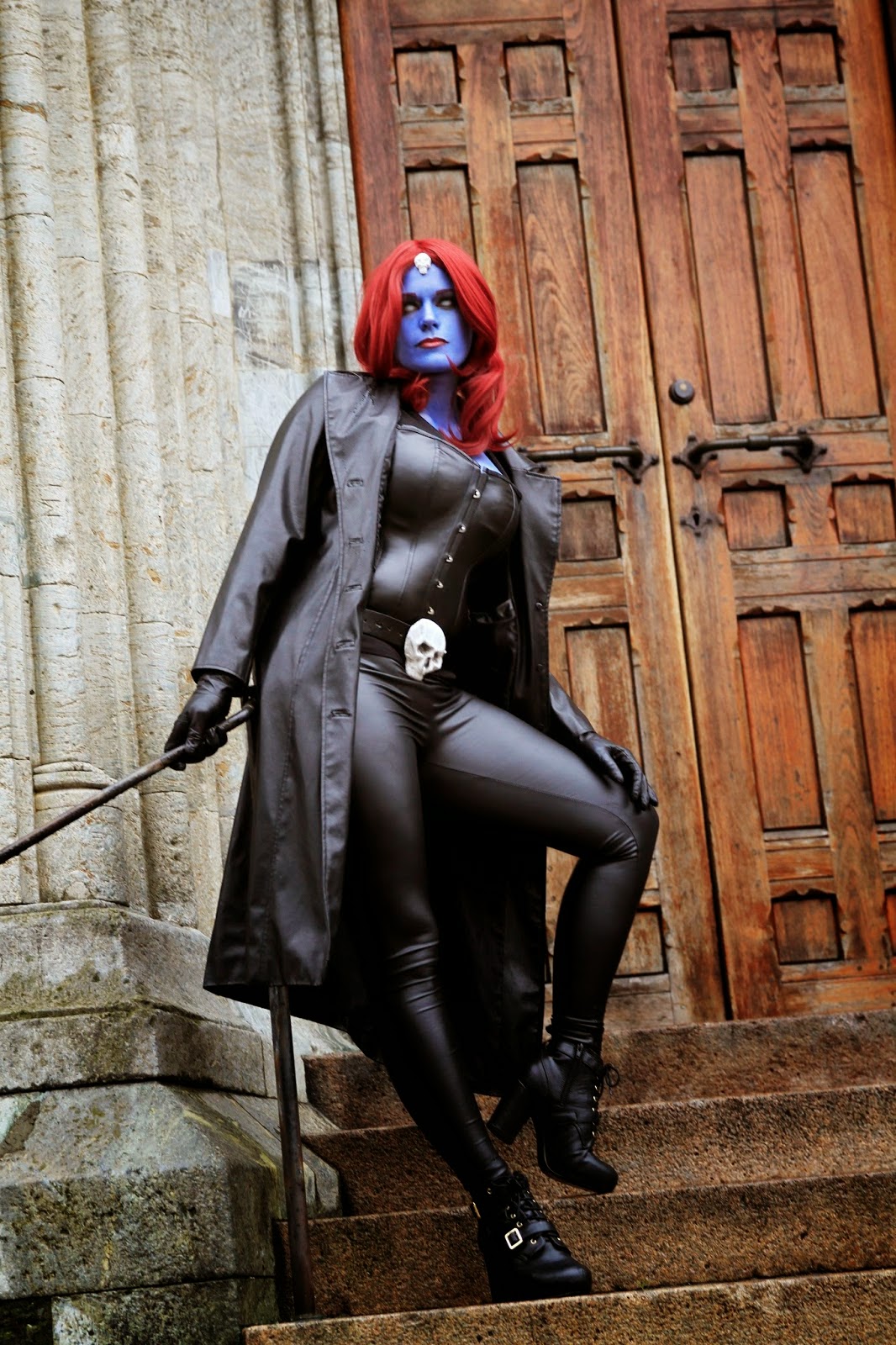 And my second great cosplay of the year, Demon Hunter from Diablo 3. This awesome cosplay gave me a ton of experience with working with worbla, and I won two amazing prizes. And not to mention how proud I am that I managed to make a crossbow that opens. 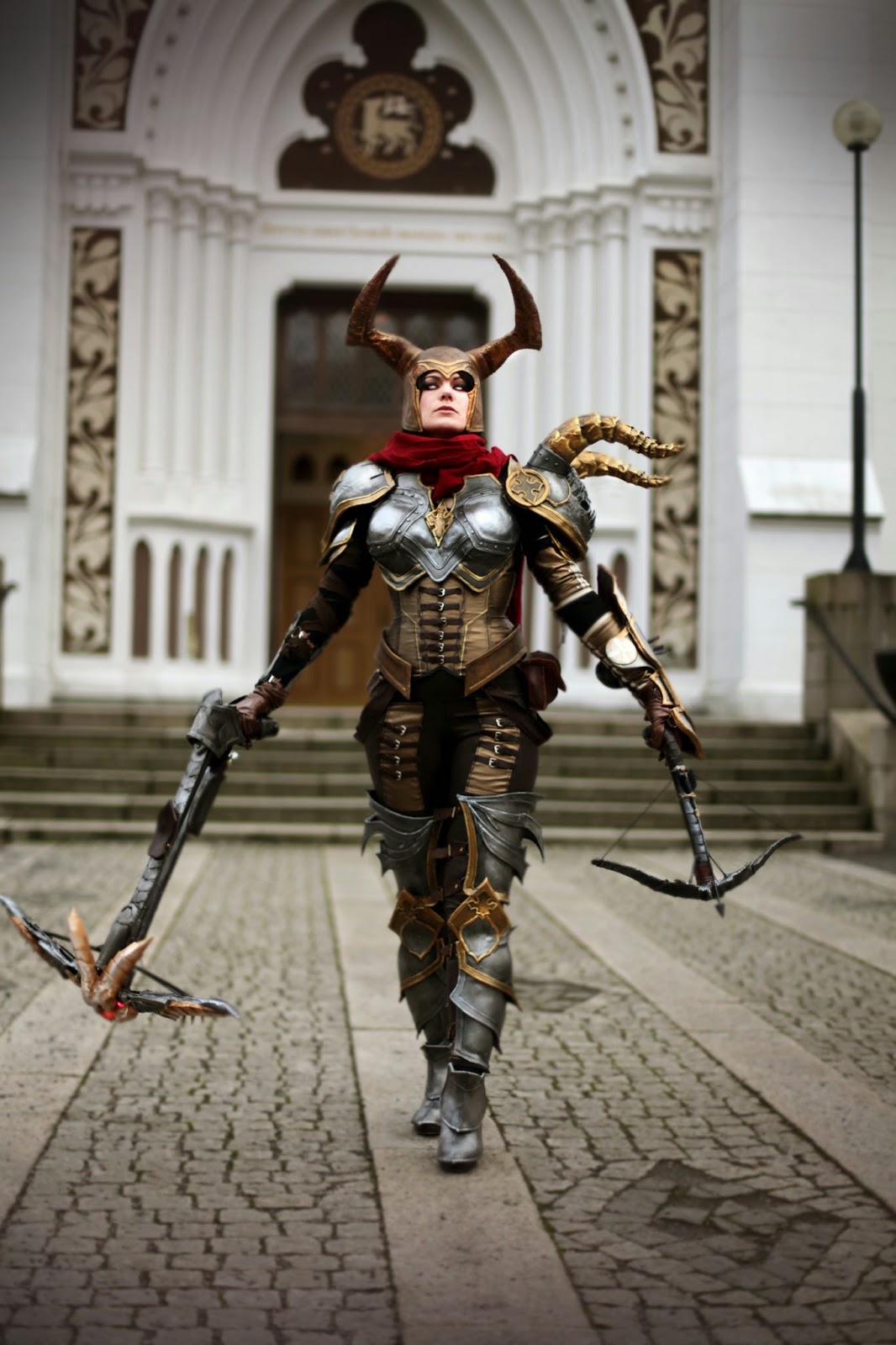 Demonic makeup for Halloween (even though I didn't get to celebrate). But I love those white mesh lenses. Can't see very well, but they do give an amazing effect. 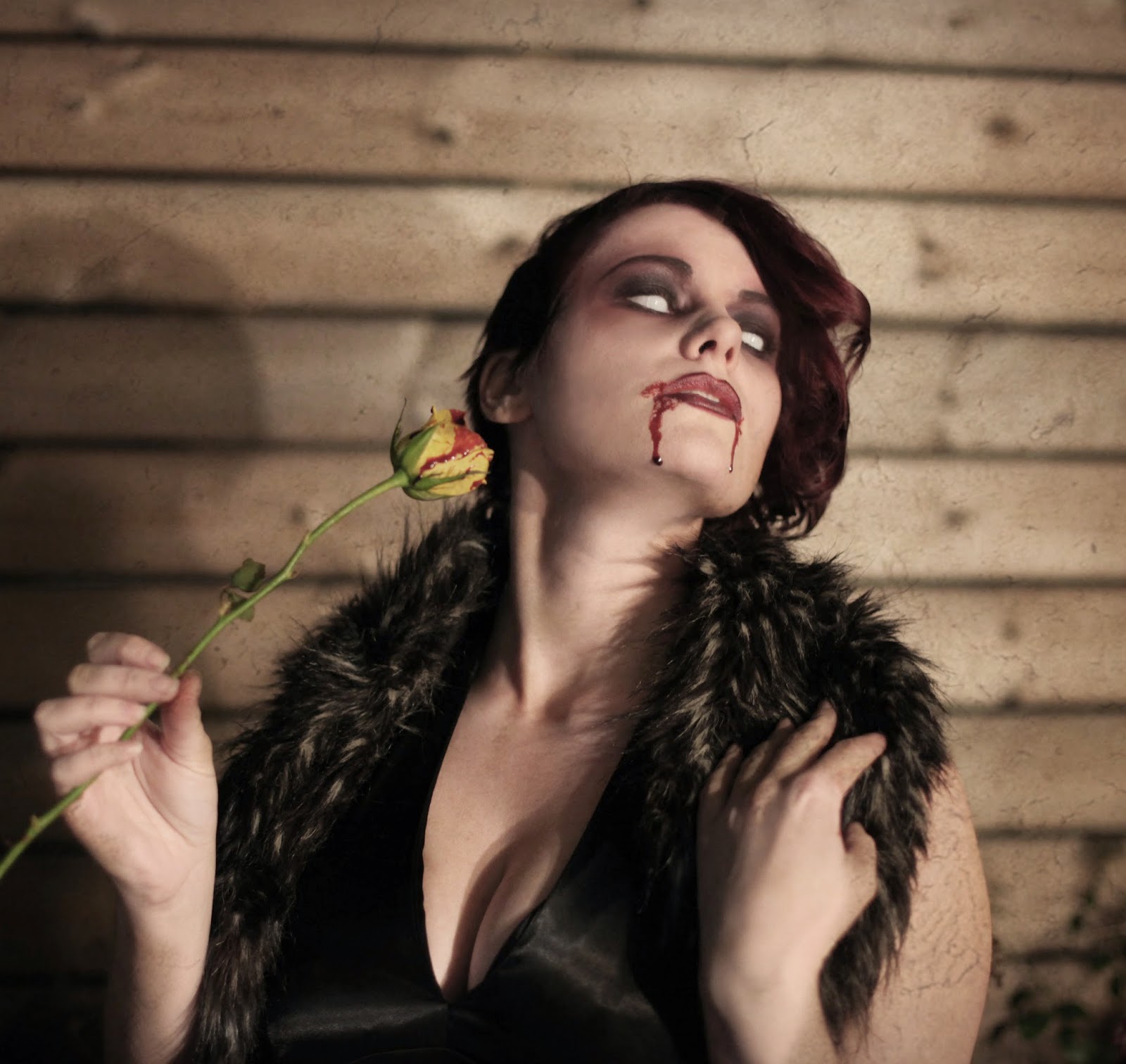 And I was the Grinch for a Christmas Party, where me and my sister are currently working on a dual makeup tutorial video, it will be released early next year. 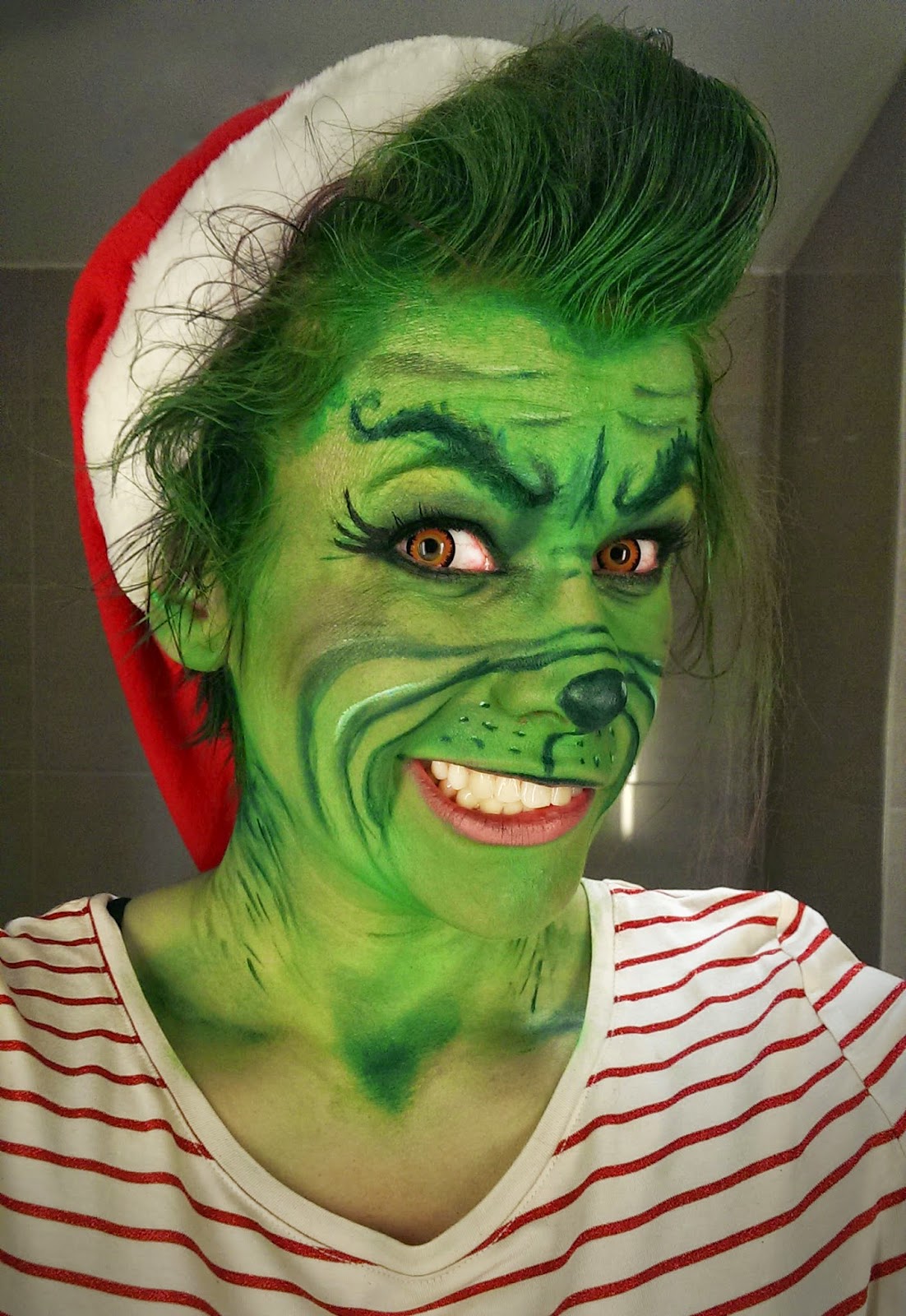 In other news
And a few of my costumes from earlier years got a little extra attention too. 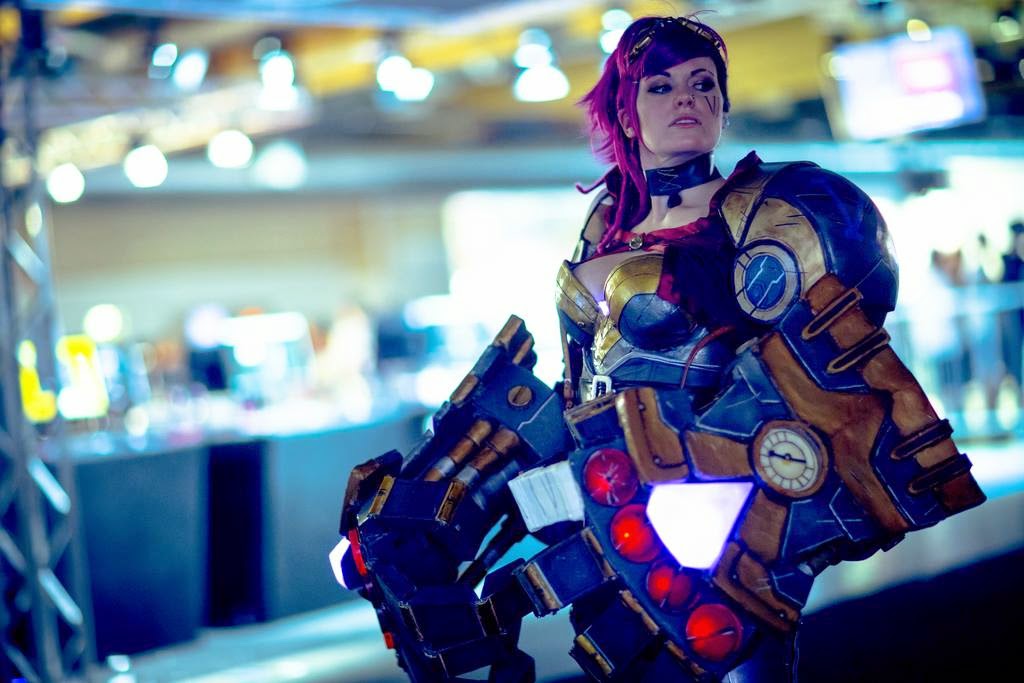 To sum it up I have made 18 Cosplays/Original characters/upgrades this year. And I still have plenty of ideas of what I want to make next year :D